Mounting pandemic in the region threatens to undermine the turnaround 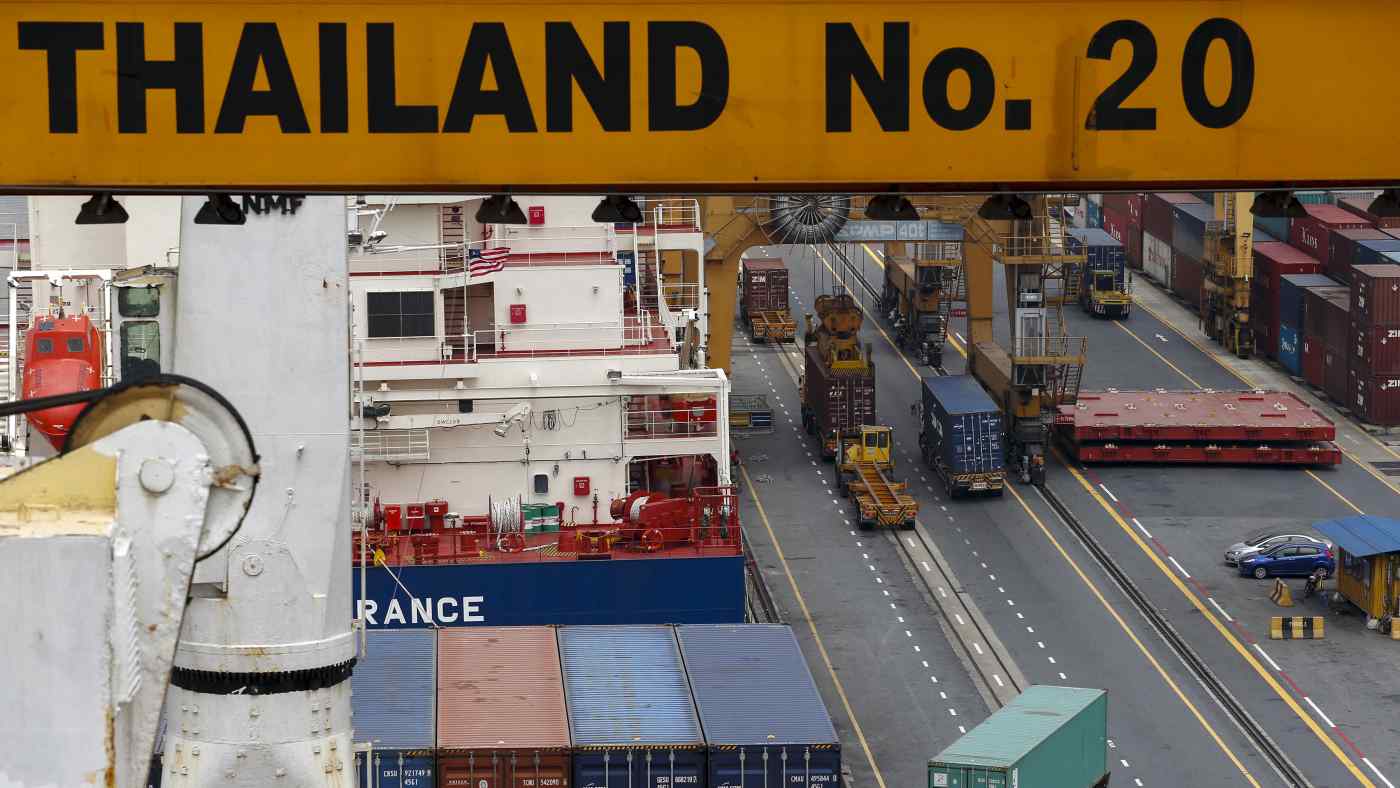 SINGAPORE -- Exports from Southeast Asia have surpassed pre-pandemic levels, thanks to the economic recoveries in the U.S. and China lifting demand for the region's products..

Thailand, Vietnam and three other major economies in the Association of Southeast Asian Nations reported exports in June that exceeded the numbers seen in June 2019. One of the biggest drivers of this phenomenon is the insatiable appetite for semiconductors amid the global chip shortage.

"Global demand is still strong," said Wong Siew Hai, president of the Malaysia Semiconductor Industry Association. "We are trying to make as much as possible to meet customer orders."

About 7% of worldwide trade in semiconductors goes through Malaysia. Even during the height of the coronavirus crisis, orders for semiconductor products have never fallen off.

The disease control restrictions imposed by the Malaysian government do not allow factories to operate at full capacity. But members of the country's chip industry association are ramping up deliveries while working with limited manpower.

Malaysia said Wednesday that it exported 105.4 billion ringgits ($24.8 billion) in June, up 27% from a year earlier. This is despite the nationwide lockdown instituted on June 1 that banned nonessential business operations.

Contributing to the expanded export was the strong demand for integrated circuits used in smartphones, automobiles and home appliances, the government reported. Rubber and petroleum products also doubled in exports from a year earlier. Exports to the U.S. and China reached record levels in terms of value.

Thailand's main exports also performed briskly. Automobiles and automotive parts jumped 79% in June from a year earlier, while computers and computer parts climbed 22%. Exports overall shot up 44%, marking the fastest pace in the past 11 years.

Exports to the U.S., China and the European Union all soared by over 40%. The economic recoveries in those trading partners have extended to Thailand's export-driven economy.

Vietnam's exports continue to be robust, due largely to smartphones made by South Korea's Samsung Electronics, which account for roughly 20% of the total.

Southeast Asian exports suffered major blows in 2020 from pandemic-related restrictions on economic activities and the virus' spread in advanced economies.

But shipments have started to recover since the beginning of the year. Malaysia logged record exports in April, while other major players in the region have also topped pre-pandemic levels, driving economic growth in April-June.

The U.S. economy will grow 7% and China by 8.1% in 2021, according to the International Monetary Fund's latest outlook published Tuesday. Overseas demand is expected to continue driving an increase in Southeast Asian exports.

The recent resurgence of infections in the region, however, threatens to squeeze industrial production, which would bring down exports. Toyota Motor on July 21 suspended production at all three of its factories in Thailand, where new daily cases have topped 16,000. Samsung Electronics paused three of its 16 plants in Ho Chi Minh City, according to the Vietnamese government.

There is also concern that key suppliers may be forced to stop production, sending shock waves throughout entire supply chains.

"There is a worrisome trend of rising COVID-19 cases seen across neighboring countries," said Ann Wee Seng, executive director of the Singapore Semiconductor Industry Association, while stressing that chip supply chains are not experiencing industrywide disruptions at this time.

"Naturally, this does induce greater pressure on the chip shortages seen globally," he added.

The International Monetary Fund on Tuesday downgraded its economic forecast for five leading ASEAN economies, trimming 0.6 point for an expected 4.3% growth this year.