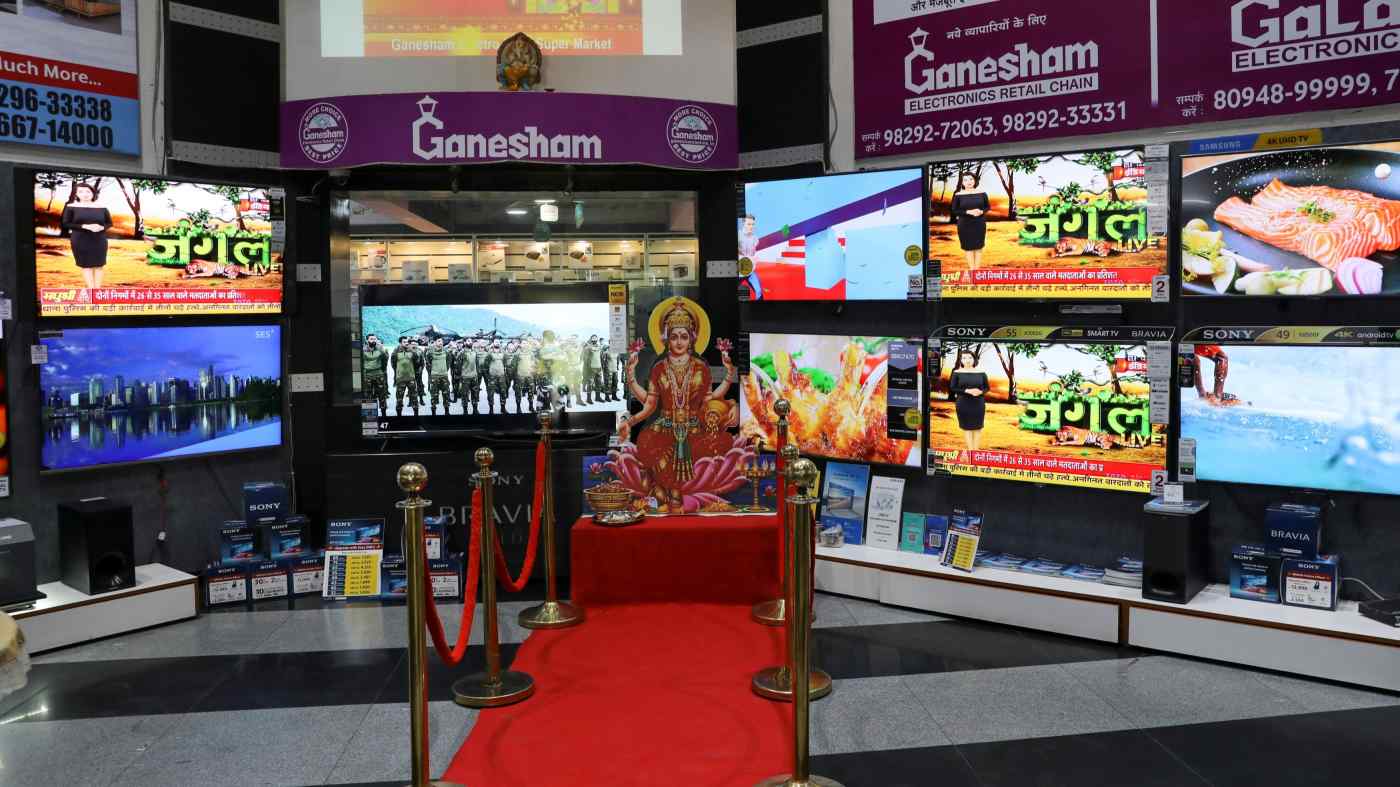 Purchases from China fell by 19.5% on the year for the first 10 months of the year, according to final data from India's Ministry of Commerce and Industry.

This would be the sharpest decline in two decades -- a period over which India's imports from China swelled more than 40-fold -- and mark a turning point for bilateral trade.

China was India's top source of imports in 2019, accounting for 14% of the roughly $480 billion total. Purchases of competitively priced goods from its largest neighbor widened India's trade deficit, creating a headache for New Delhi.

Final figures for January through October of 2020 show declines in imports of appliances, furniture and toys, categories for which Chinese companies had held a sizable share of the Indian market. Prime Minister Narendra Modi's policy of focusing on local products to build a self-reliant India is one factor, said Devendra Pant, chief economist at India Ratings and Research. The pandemic is another. India has reported more than 10 million coronavirus cases, second only to the U.S., and economic activity has been slow to return to normal since the outbreak picked up steam last spring. The country has experienced a larger contraction than other major global economies since the April-June quarter of 2020.

Supply chain disruptions also kept products from China and elsewhere from reaching India. This led to the unveiling in May of new economic policies aimed at boosting domestic industry and making India "self-reliant," as Modi said in a speech announcing the package.

Meanwhile, after clashes at a disputed Himalayan border led to the first fatalities in nearly 45 years, New Delhi imposed tough measures to freeze out Chinese businesses in areas from smartphone apps to manufacturing.

India had also quit the negotiations for the Regional Comprehensive Economic Partnership trade deal that was signed in November, distancing itself economically and diplomatically from China, a country with which it had previously had relatively friendly ties.

A representative at a home appliance store in New Delhi said it has not been able to import many Chinese products from companies like Haier because of the self-reliance policies introduced by the government last year. Chinese companies have begun switching to local production of such items as appliances and mobile phones, he noted. An appliance store in New Delhi: Consumers have begun snubbing Chinese-made electronics and furniture, among other products. (Photo by Moyuru Baba)

There are more than a few Indian consumers who say they do not want to buy Chinese products, the representative said.

Despite multiple rounds of talks, New Delhi and Beijing have yet to reach a resolution to the clash over the border, and relations remain tense going into 2021. The Indian government is expected to offer subsidies to local industry to further reduce the country's imports from China.

New Delhi's policies strike some critics as protectionist. In his farewell address last week, U.S. Ambassador to India Kenneth Juster expressed concern about the possibility of the self-reliance policies leading to "higher tariff and nontariff barriers to trade," which would "limit India's capacity to truly integrate into global value chains and, in the process, raise prices for Indian consumers."