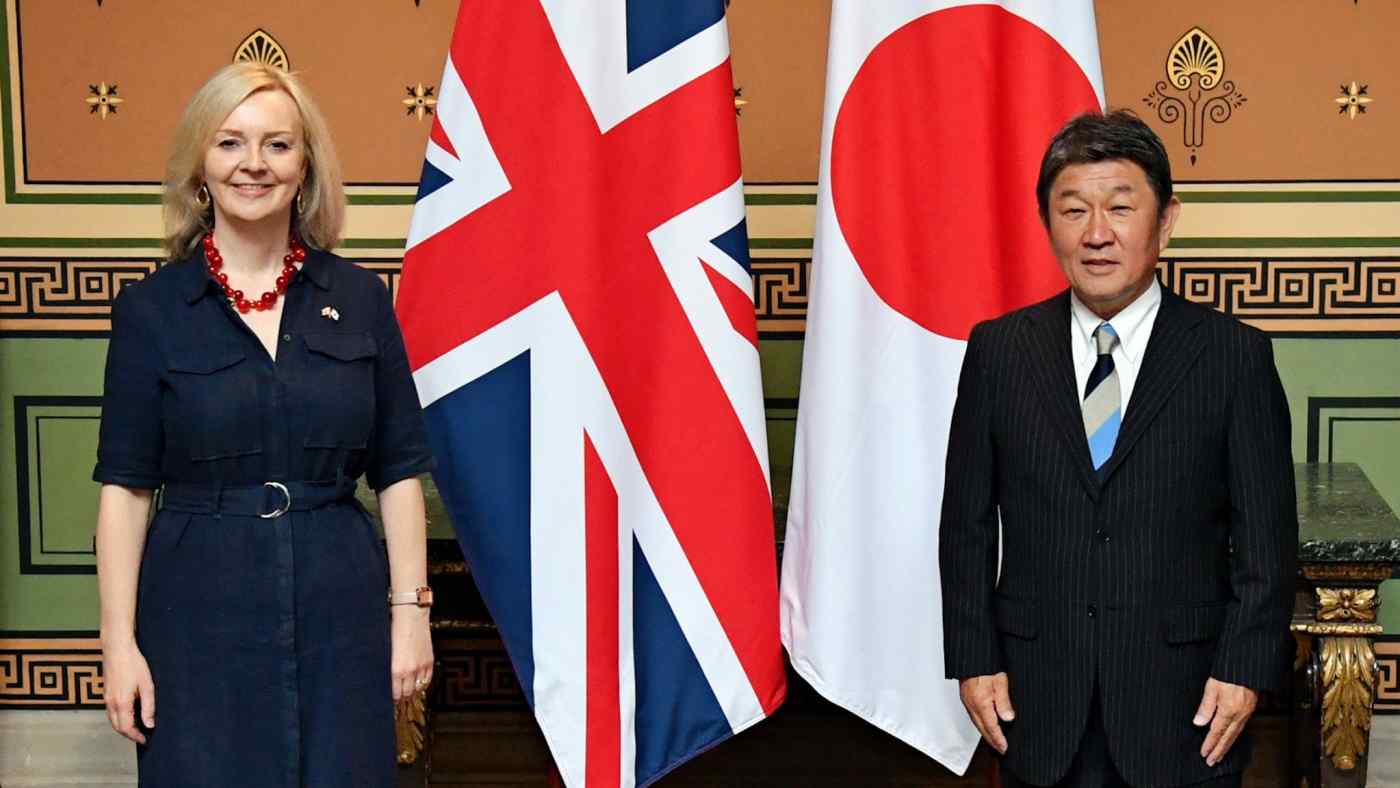 LONDON -- Japan and the U.K. on Friday agreed on most of the substance of a free trade pact meant to ensure continuity and prevent tariffs as Britain leaves the European Union, with a goal of reaching an agreement in principle by the end of this month.

The consensus was reached as Japanese Foreign Minister Toshimitsu Motegi and U.K. International Trade Secretary Liz Truss met here for two days of in-person negotiations. While most chapters were said to be agreed, neither side disclosed which issues remain unresolved.