Deal marks first post-Brexit accord between Britain and other countries 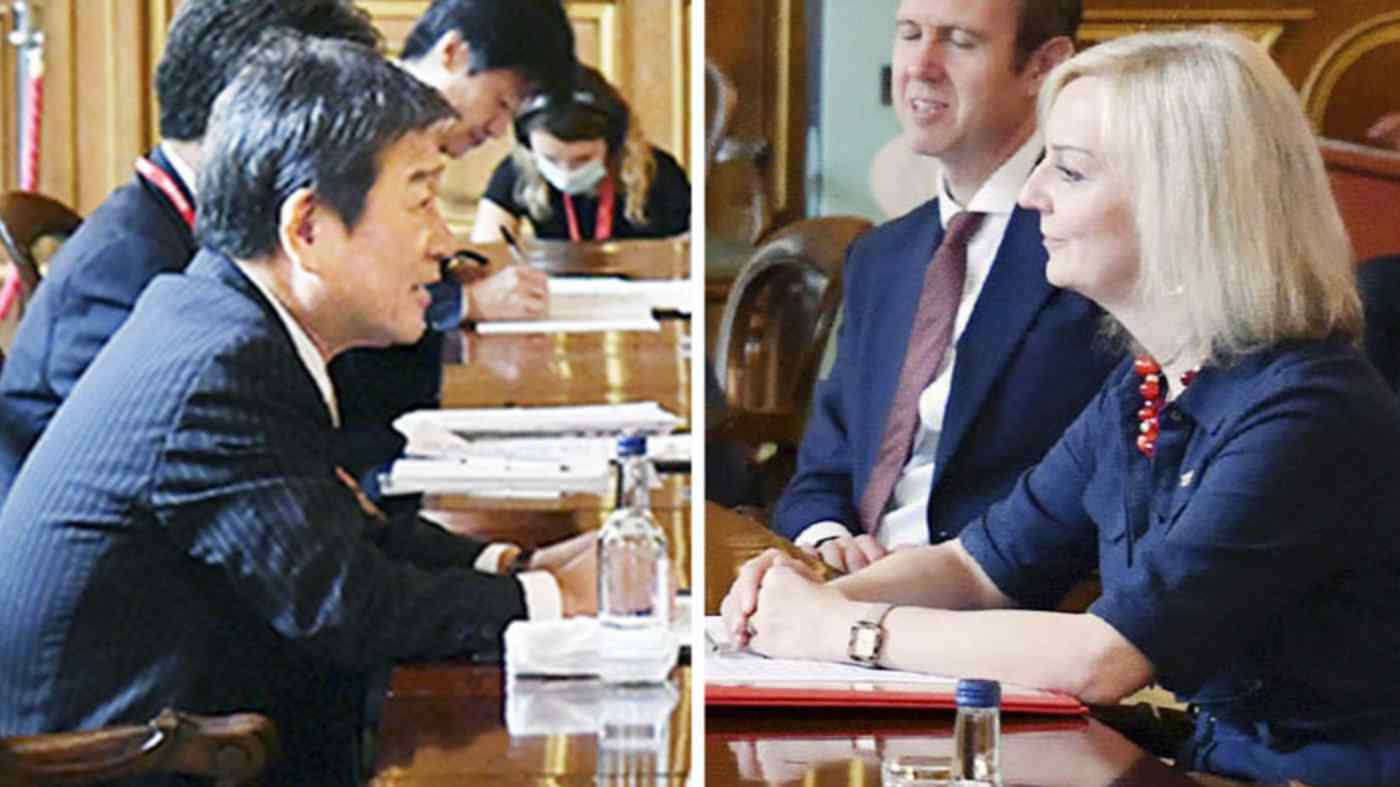 TOKYO -- Japan and the U.K. reached a general agreement on their new Economic Partnership Agreement on Friday, amid hopes of minimizing the impact of Brexit on businesses.

The two countries agreed to adopt most of the preferential tariffs of the Economic Partnership Agreement between Japan and the European Union. Tariffs on railway cars and auto parts exported from Japan to the U.K. will be abolished as soon as the new pact becomes effective.

The accord will take effect on Jan. 1, 2021 after being approved by parliaments of both countries.

Preferential tariffs of the EPA can be applied to trade in goods between Japan and the U.K. until the end of December. There were fears of high tariffs in the absence of a new agreement between the countries.

At a news conference after the meeting, Motegi said, "It will be possible to maintain the profits Japan has made under the EU and ensure the continuity of Japanese companies doing business in the U.K."

Truss said in her statement that the agreement "secures new wins for British businesses in our great manufacturing, food and drink, and tech industries."

If the trade pact goes into effect, it will be the first major accord for the U.K. with other partners since leaving the EU. It is expected to be followed by negotiations with the EU and the U.S.

The British government is also eager to join the Trans-Pacific Partnership. Truss said: "Strategically, the deal is an important step toward joining the [TPP] and placing Britain at the center of a network of modern free trade agreements with like-minded friends and allies."

Imports of blue cheese from the U.K. will be taxed at the same level as the Japan-EU agreement. Japan plans to establish a system under which a lower tax rate will be imposed on imports that do not meet the import quota set by the EU and Japan each fiscal year.

For regulations in the digital sectors, government control would be limited compared to the agreement with the EU or TPP. Among other items, governments would not be able to demand that companies submit algorithms used for technologies such as artificial intelligence.