'League of partners' sets the tone for TPP and future deals 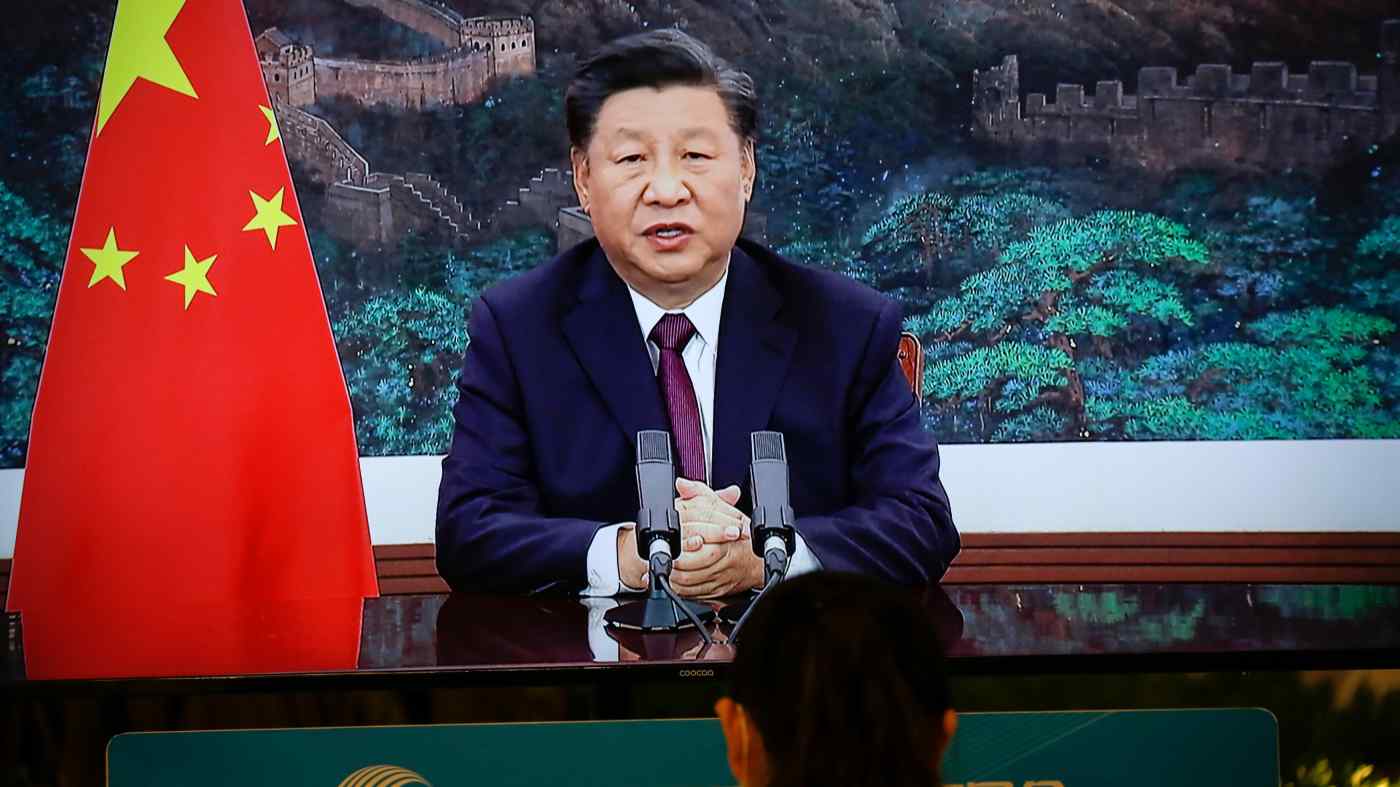 TOKYO -- China's decision to join 14 other Asia-Pacific nations to sign the Regional Comprehensive Economic Partnership last month was unquestionably an attempt to fill the vacuum left by a protectionist U.S. and be at the table writing the rules of the road for global trade.

In doing so, Beijing chose to promote trade with its Asian neighbors through RCEP, even if it meant pain for its domestic industry through a reduction or elimination of tariffs. It is also the first trade agreement that binds China to rules for digital commerce, which could potentially clip its wings in controlling the data that flows in and out of the country.

Japan identified early on that cross-border data flows could shape future business activity and even geopolitical power balances, and worked to build a coalition in the region to push for such rules.

At an RCEP ministers meeting in Hanoi in May 2017, Hiroshige Seko -- then Japan's economy, trade and industry minister -- distributed a single-sheet handout with a proposal to cover digital rules in the negotiations.

China objected, saying this was the first Beijing had heard about this. But the idea won support from countries such as Vietnam and Singapore and was accepted at the gathering.

Japan had laid the groundwork for this moment a month earlier, when Seko brought ASEAN ministers to the scenic landmark of Wakayama Castle, in his constituency, during the peak of cherry blossom season to build a consensus.

On the eve of the May meeting, Seko invited representatives of the bloc again to dinner to confirm their approval.

RCEP, which is expected to go into force as early as 2022, consists of the 10 members of the Association of Southeast Asian Nations as well as China, Japan, South Korea, Australia and New Zealand.

It will set the rules for electronic commerce, guaranteeing free data flows between members and banning demands by countries such as China to store information on local servers.

Tokyo's basic strategy was to prevent a Beijing-led pace of negotiations. Given the difficulty of negotiating one-on-one with a global power like China, Japan sought to enlist other countries that shared the same goal, in what former Japanese deputy economic minister Takashi Shimada called a "league of trustworthy partners." 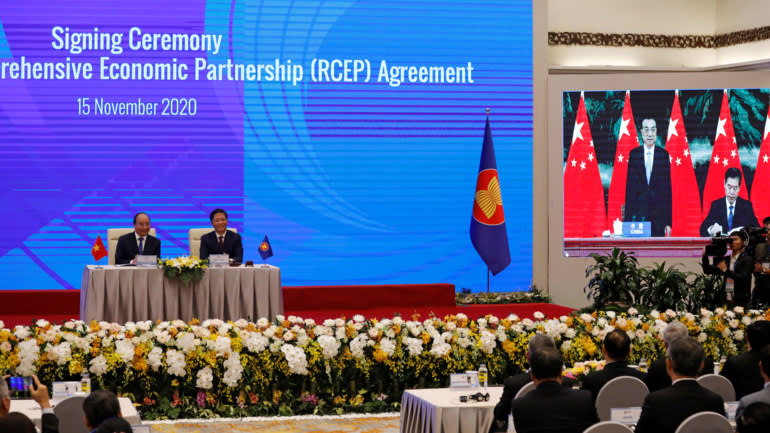 Japan is looking at future deals as well, including possible Chinese participation in the TPP-11, formally known as the Comprehensive and Progressive Agreement for Trans-Pacific Partnership.

Years ago, it had been hoped that bringing China into international frameworks like the World Trade Organization would nudge it toward greater openness and democracy. But those dreams have been dashed, particularly over the past year with the crackdown on Hong Kong and the initial secretiveness surrounding the coronavirus outbreak.

Yet businesses find it difficult to completely sever ties with a market of 1.4 billion people. And the International Monetary Fund expects China, one of the quickest countries to recover from the impact of the pandemic, to drive the global economy next year. A framework of fair and transparent rules that includes China will be a must to ensure stable business activity.

Japan's partnership-building in the RCEP negotiations did not always go according to plan. India, once seen as a potential effective counterweight to China, pulled out of the negotiations. And despite Japan's efforts to bring New Delhi back on board, ASEAN members opted to push toward a speedy conclusion of the deal without it.

RCEP does not bar demands to share software source code because of opposition from Beijing, along with countries including Cambodia and Myanmar that are its close allies. Chinese objections also delayed a decision on dispute resolution for digital trade, which did not make it into the final agreement.

Beijing, like Tokyo, is also looking ahead to future trade deals, including a planned trilateral free-trade agreement with Japan and South Korea as well as the TPP, which Chinese President Xi Jinping said last month the country will "favorably consider" joining.

Beijing may see jumping into the regional trade pact early -- before the U.S. can rejoin and solidify Tokyo and Washington as the leading forces in the bloc -- as the best way to secure favorable terms for its entry.

Coordination within the TPP, which is mostly composed of emerging nations, is still weak. It is believed that China would enjoy an advantage when it negotiates the terms for joining the trade bloc, especially if it is dealing with countries who seek to gain access to the world's second-largest economy.

The TPP sets stricter rules in the digital space than the RCEP. But China has been developing its own legal frameworks governing digital and is now in a better position than before to be accepted into the TPP.

The forthcoming Joe Biden administration is not expected to bring the U.S. back into the TPP in the near future. Japan would need to invite the U.K., Taiwan and Thailand into the fold in the interest of expanding the league of highly reliable partners. This would counter potential moves to loosen TPP requirements in favor of China's inclusion.

In the ongoing talks between Japan, China and South Korea to form a free-trade agreement, cooperation with South Korea will become a consequential issue. If proper rulemaking is distorted too much by China's presence, the impact would spill over to business activities.