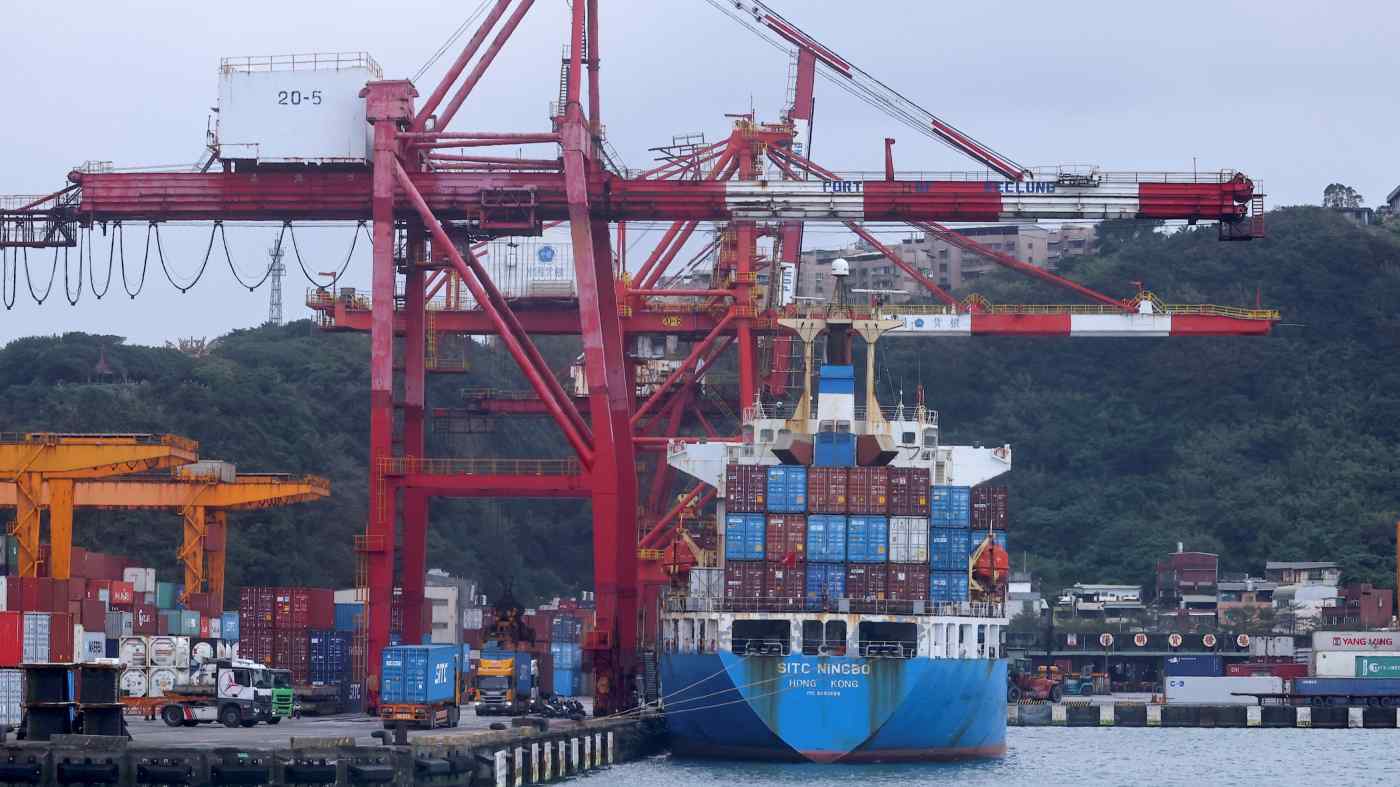 Taiwan exports grew 2% in August from a year ago, although analysts warn of a worsening outlook.   © Reuters
September 7, 2022 19:03 JST | Taiwan
CopyCopied

TAIPEI (Reuters) -- Taiwan's exports eked out growth in August helped by demand for technology products, though shipments to China dropped on economic woes there and the government said the outlook was clouded by inflation, war in Ukraine and Sino-U.S. tensions.

Exports rose 2% in August from a year earlier to $40.34 billion, the Ministry of Finance said on Wednesday, a historic high for the month and up for the 26th consecutive month.

That was, however, much slower than the 14.2% rise recorded in July, and below a forecast for a 9.5% increase in a Reuters poll.

MasterLink Securities Investment Advisory analyst Anita Hsu said signs of the deterioration of Taiwan's economy were getting clearer and clearer.

"I am afraid that the rest of this year will get worse and worse," she added.

Exports to China, Taiwan's largest trading partner, fell an annual 9.9% to $15.12 billion in August, after a 3% expansion in July, in a demonstration of the economic problems there.

Overall, Taiwan's exports of electronics components in August rose 12% to $17.05 billion, with semiconductor exports jumping 14.3% from a year earlier.

Many companies expect global chip shortages to last at least for the rest of the year, which will continue to bolster Taiwanese semiconductor firms' order books even as demand for some consumer electronics weakens.

Firms such as TSMC, the world's largest contract chipmaker, are major suppliers to Apple Inc and other global tech giants, as well as providers of chips for auto companies and lower-end consumer goods.

Fitch Ratings said on Wednesday that while external demand for Taiwan's high-tech exports was likely to fall, it should also "stay robust".

The finance ministry warned of uncertainties ahead because of high global inflation, Russia's invasion of Ukraine and the "China-U.S. technology war", even as it expected sustained chip demand.

Ministry official Beatrice Tsai said trade during the busy season, traditionally the months leading up to Christmas, would probably not be as strong as previous years.

August exports to the United States were up 2.3%, much slower than the 24.8% jump recorded the previous month.

Taiwan could see September exports in a range of a 3% contraction to a 1% expansion from a year earlier, the finance ministry said.