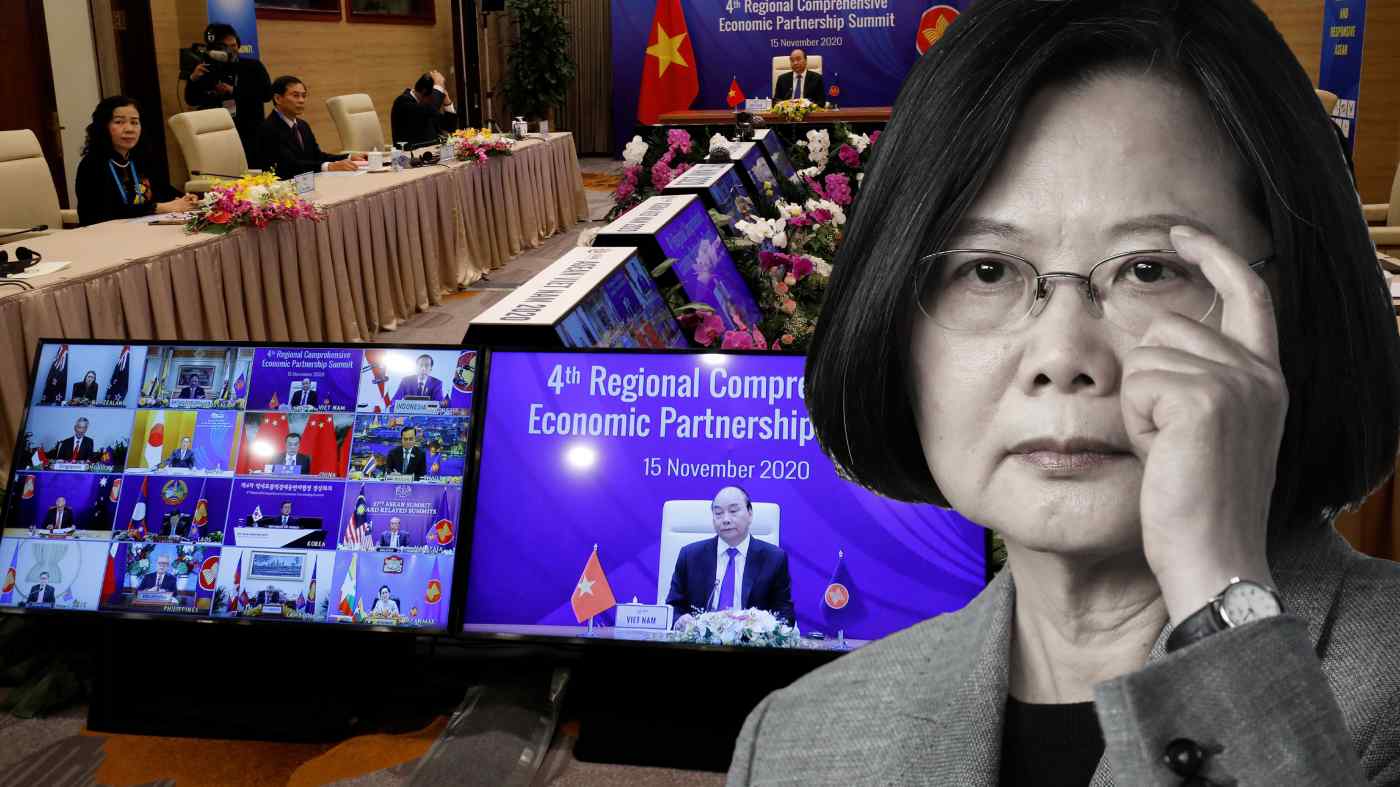 TAIPEI -- Sidelined from the world's largest trading bloc, Taiwan is pinning its hopes on other free trade deals as it seeks to move further away from economic reliance on China.

But the self-governed island's hopes of joining groups such as the China-led Regional Comprehensive Economic Partnership or the 11-member Comprehensive and Progressive Trans-Pacific Partnership depend much on political attitudes in Beijing, Washington and Tokyo.