Taiwan ready to negotiate trade deal with US, Tsai says

Talks face friction over beef imports and opposition from Beijing 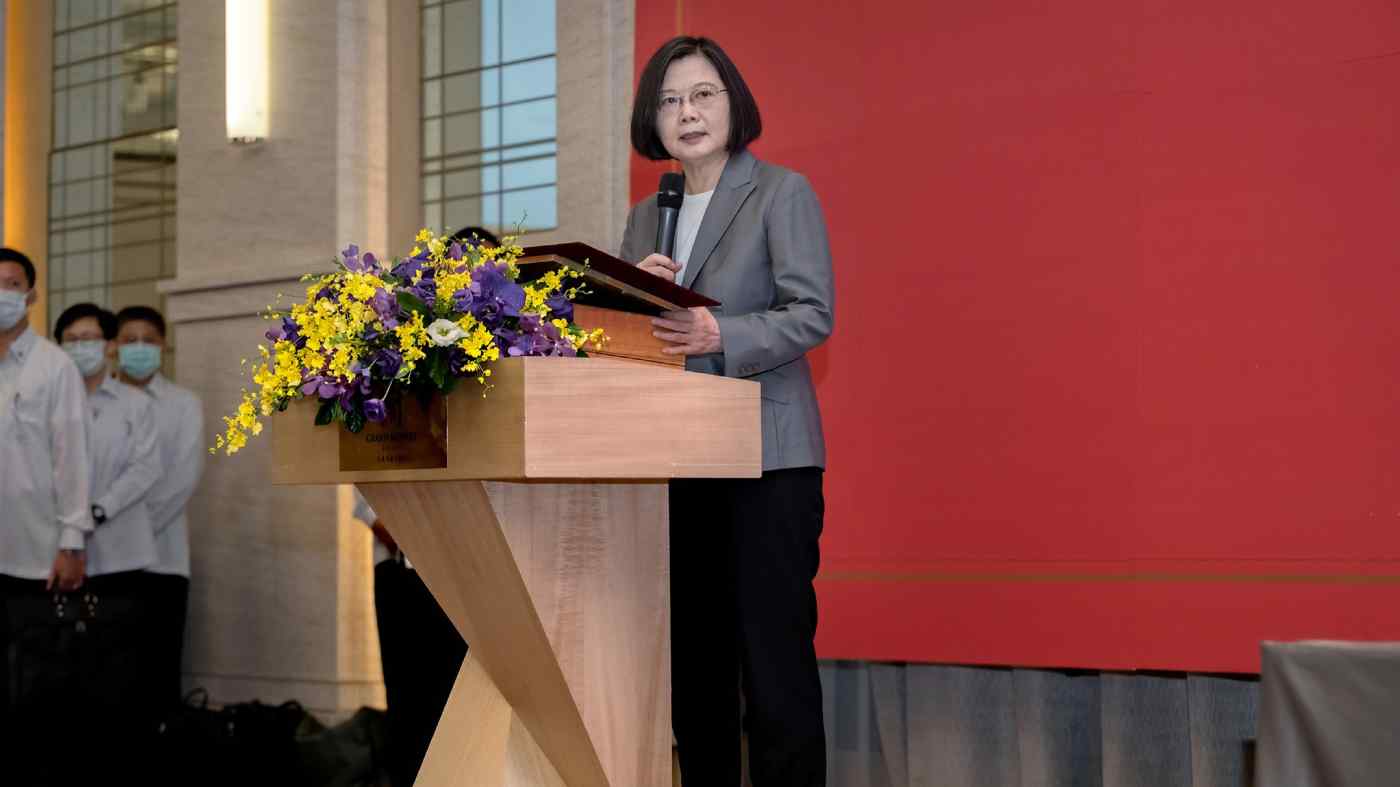 TAIPEI -- Taiwan's President Tsai Ing-wen on Wednesday said her government is "prepared" to start negotiations with the U.S. on a free-trade agreement, a move that seeks stronger ties with Washington amid rising pressure from Beijing.

"Removing trade barriers and advancing overseas expansion would allow Taiwanese companies to diversify their businesses even more," Tsai told an audience of business leaders in Taipei.

The Taiwanese president has made negotiating a trade deal with the U.S. one of the top priorities of her second term, which began in May. But this goal faces friction with Washington as well as strong opposition from Beijing.

Taiwan maintains broad restrictions on imports of U.S. beef and pork, citing safety concerns that American critics say are not based on science.

While it remains unclear when trade negotiations would start, U.S. President Donald Trump's administration has put an emphasis on relations with Taiwan as tensions with Beijing have risen. Alex Azar, Trump's secretary of health and human services, recently became the highest-level American official to visit Taiwan since the U.S. ended diplomatic relations with the island in 1979.

Any move toward a bilateral trade deal would likely only escalate the standoff between Washington and Beijing.

The U.S. is Taiwan's second-largest trade partner, trailing only China. Taiwanese trade with the U.S. totaled roughly $81 billion last year and accounted for 13% of the the island's global total. Exports to the U.S. were brisk, particularly for semiconductors and telecommunication equipment, rising 17% on the year to a record high.

Taiwan logged an $11.4 billion surplus in trade with the U.S. The island ranks as America's 10th-largest trade partner.