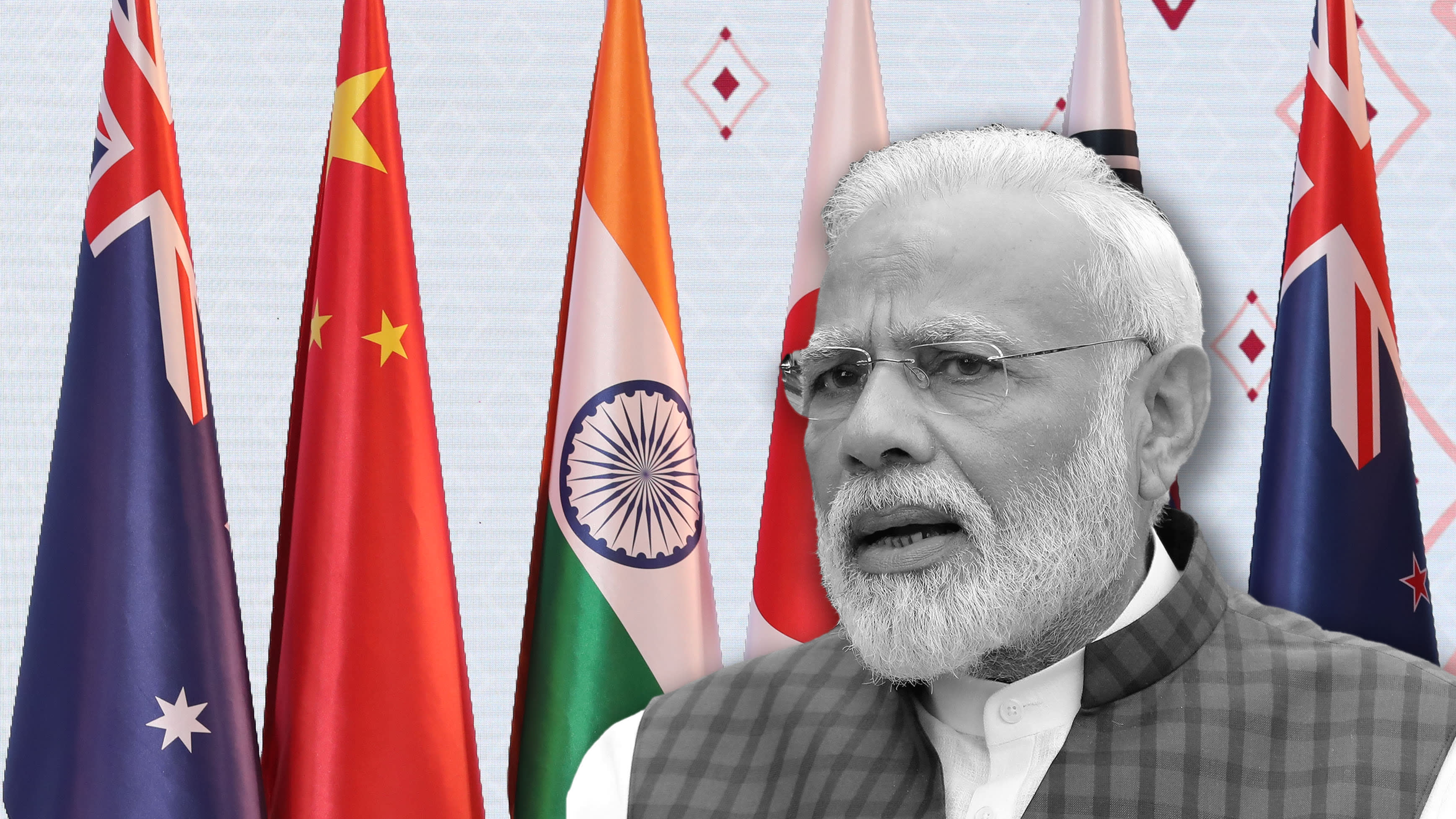 HANOI/NEW DELHI -- The trade ministers of China, Japan, Association of Southeast Asian Nations members and other countries participating in talks on an Asia-wide free trade agreement are set to hold an online meeting on Thursday, hoping to remove the final obstacles to a deal by the end of the year.

Battered by the coronavirus pandemic, the 15 nations seeking to build the Regional Comprehensive Economic Partnership -- 10 ASEAN countries and the bloc's five major trading partners -- see boosting trade as a way to invigorate their ailing economies.

But the prospects for an early agreement remain murky, with participating countries divided on how to respond to India's unwillingness to stay on. India pulled out of the RCEP negotiations over concerns that the pact would hurt the South Asian country's domestic producers.

Chances are growing that the 15 remaining countries, which include South Korea, Australia and New Zealand, will have to settle for an agreement without India, a fast-expanding economy with 1.3 billion consumers.

Vietnam, which currently holds the rotating presidency for RCEP negotiations, has decided to hold a teleconference among trade ministers instead of face-to-face talks out of concerns about COVID-19 infections.

India is sticking to its position that it will not join the proposed partnership in its current form, and is unlikely to participate in Thursday's meeting.

"It's very important not to get into false choices," External Affairs Minister S. Jaishankar said in response to a question on RCEP during an Aug. 8 webinar organized by the Confederation of Indian Industry.

"Proponents of [free trade agreements] make out as [if] that is the only vehicle to engage the world and if you missed out on RCEP, somehow you are missing out on something very big in the world," Jaishankar said. "I am not sure that's actually an accurate assessment of RCEP or indeed of FTAs."

New Delhi was absent from the previous RCEP meeting of ministers on June 23, which was also conducted online.

Vietnamese Deputy Foreign Minister Nguyen Quoc Dung said in June that the negotiations among the 15 countries excluding India were mostly over. "The door to negotiations is open to India," he added.

A statement from ASEAN leaders meeting on June 26 called on India to return to the negotiating table. The statement described India as a major trading partner, alongside China, Japan, South Korea, Australia, New Zealand and Hong Kong. The trade agreement will contribute to "the post-pandemic recovery and in creating resilient supply chains," the leaders said in the statement.

Together, the 16 countries make up about half of the world population and account for some 30% of global trade. Originally, the countries hoped to conclude the negotiations for a mega trade pact by the end of 2019.

But at the ASEAN Summit in Bangkok last November, Indian Prime Minister Narendra Modi told fellow Asian leaders that India had decided to opt out of RCEP because it did not see a "fair and balanced outcome" following seven years of negotiations.

New Delhi fears the elimination of tariffs would give a big advantage to China, whose low-priced exports are highly competitive in Indian markets. India's trade deficit grew to some $160 billion in 2019, with China responsible for 30% of the red ink.

India does not relish the prospect of the RCEP further expanding its trade deficit with China. Its demands included protection from a flood of Chinese products, including provisions that the goods would not flow in from other member countries; a shift of the base year for tariff cuts to 2019 from 2014; and an auto-trigger mechanism that would enable it to increase duties in case of an "indiscriminate" import surge.

In March, Commerce and Industry Minister Piyush Goyal told parliament that the current RCEP structure "did not adequately address the ambition and concerns" of India's stakeholders.

India has been hit hard by the pandemic, with over 3 million confirmed COVID-19 cases and rising unemployment. In addition, diplomatic and economic ties with China have been strained by a brawl in June between their troops along a disputed border high in the Himalayas. The skirmish, which left 20 Indian soldiers dead and unspecified casualties on the Chinese side, was the first deadly clash between the two nuclear-armed nations in 45 years.

India's reluctance leaves the remaining RCEP participants divided. Japan and Australia are working to persuade India to rejoin the talks as they are concerned that the absence of India would allow China to dominate the grouping. But ASEAN members are willing to sign an agreement without India.

An RCEP without India would be less of a driving force for growth in regional trade than the pact originally envisioned. In a bid to avoid this prospect, a special measure to coax India back to the trade talks has been proposed. But it will struggle to gain unanimous approval.

In the past several months, the nations negotiating the RCEP accord have been preoccupied with bringing the COVID-19 pandemic under control, lessening the political will for the trade talks.

But their massive spending to keep their economies afloat has blown huge holes in their budgets. Their dire economic and fiscal situations have made it all the more important to reach a trade deal as soon as possible as their budget woes will become even worse unless their economies can rebound quickly.