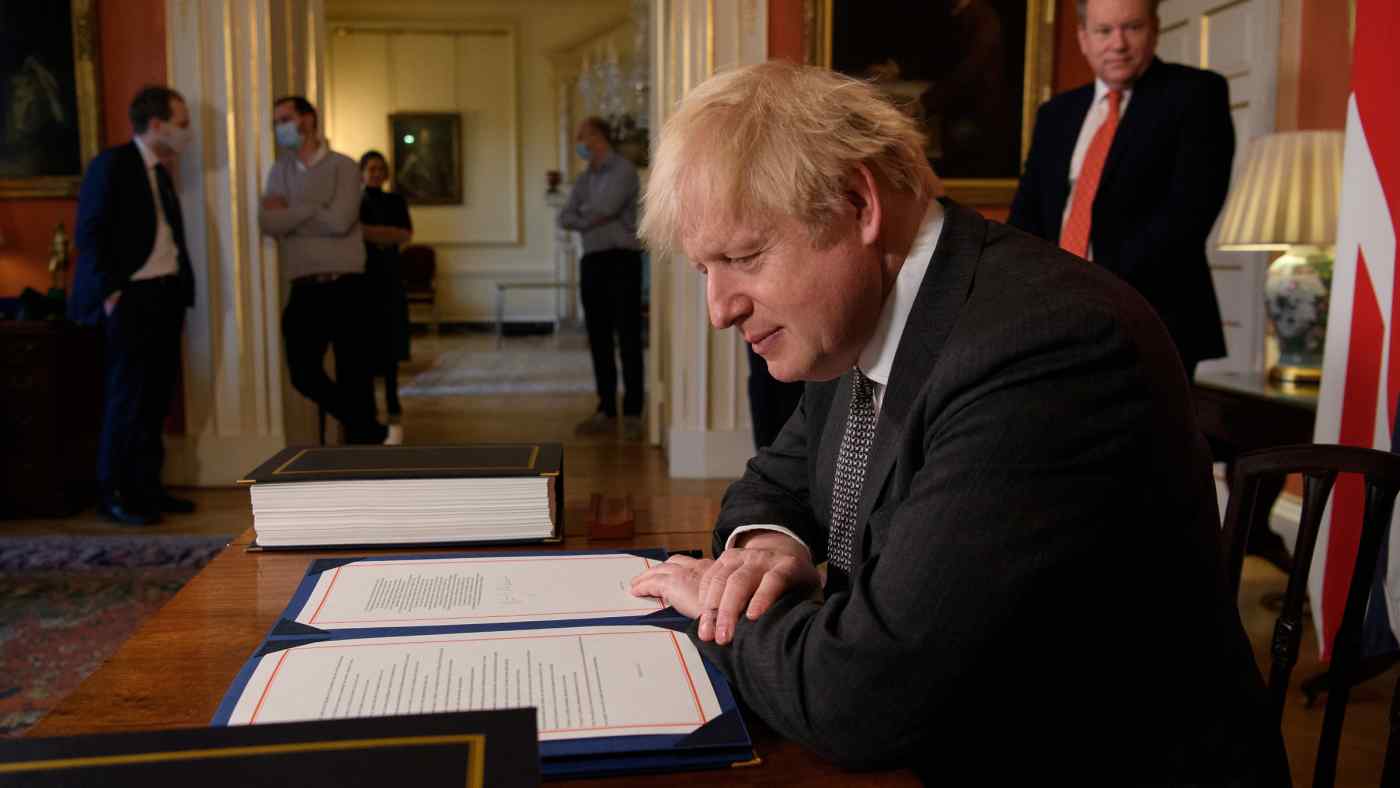 LONDON -- A sharp drop in Britain's exports to the European Union following its exit from the bloc last year is adding a sense of urgency to the debate within the U.K. on whether to join the Trans-Pacific Partnership trade agreement.

The TPP's top decision-making body agreed Tuesday to formally begin the review to see if the U.K. meets the requirements to enter the 11-member trade bloc. The British government wasted no time in selling the public on the advantages the TPP has over the EU.