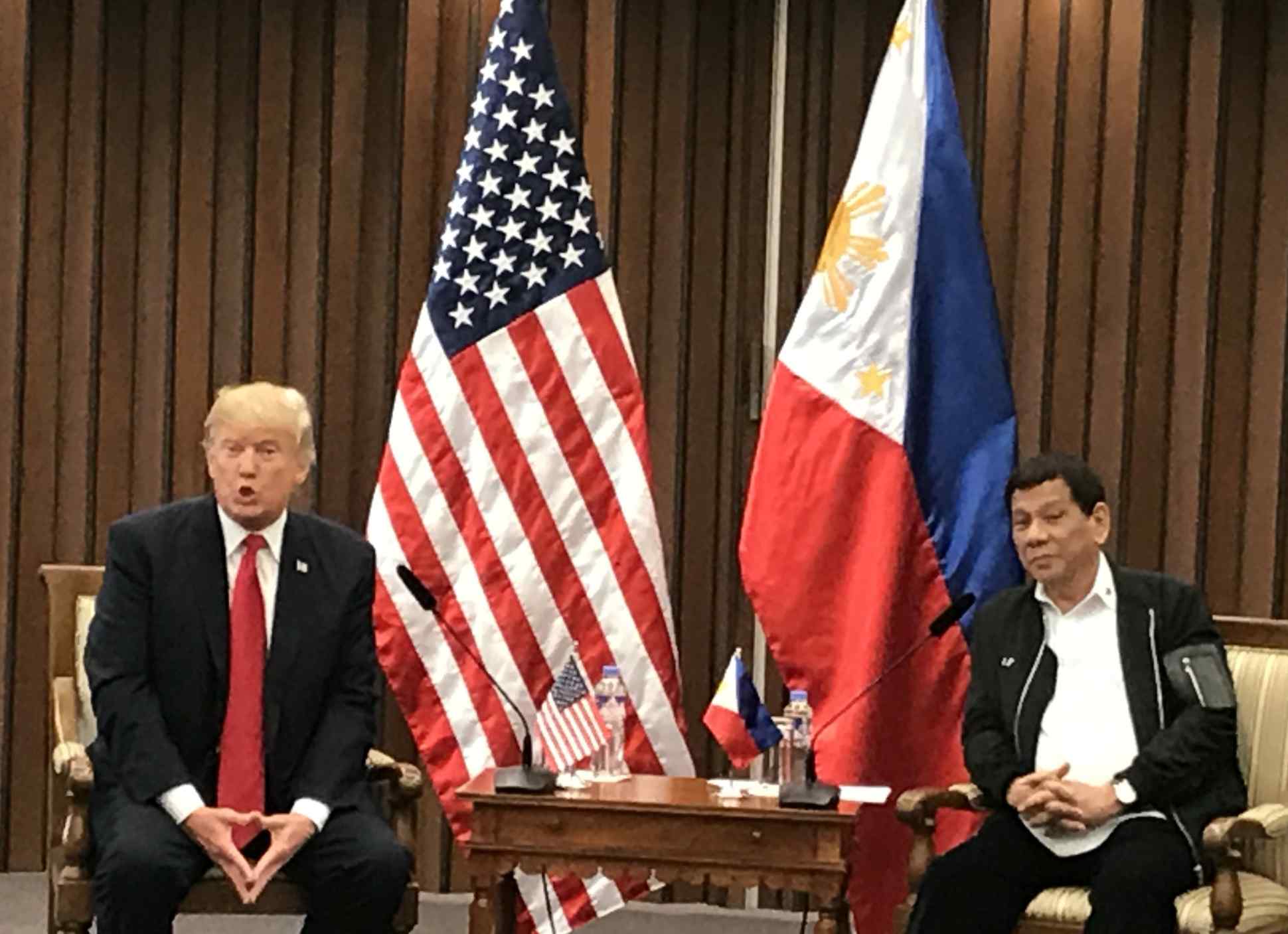 US president silent on human rights issues in the Philippines

MANILA -- U.S. President Donald Trump and Philippine President Rodrigo Duterte have agreed to enhance their countries' trade relations, but appear to have sidestepped human rights issues during their inaugural bilateral meeting on Monday on the sidelines of the Association of Southeast Asian Nations summit in Manila.

Trump raised the issue of trade imbalances, one of the key issues on his agenda during his nearly two-week tour of Asia that has also taken him to Japan, China, South Korea and Vietnam. He focused on tariffs on U.S. cars imported into the Philippines.