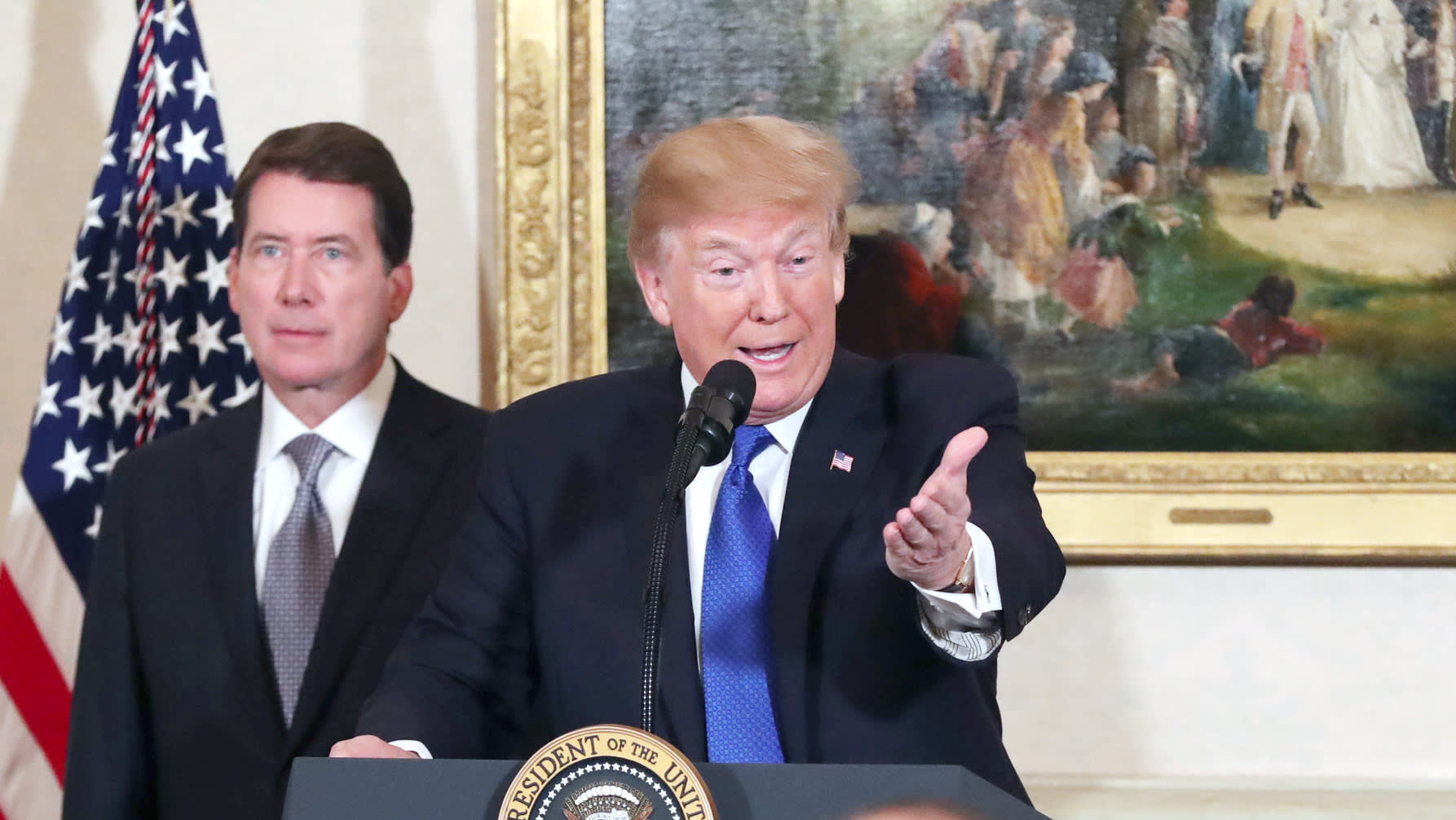 But America won't be returning to TPP, he tells corporate chiefs in Tokyo

TOKYO -- U.S. President Donald Trump spoke out again Monday against the wide trade deficit with Japan, but saved some sweet talk for those he felt are helping right the balance.

"We love it when you build cars" in the U.S. "instead of shipping them over," Trump told Japanese business leaders here Monday at the American ambassador's residence. The president was especially effusive when it came to the "great folks" from Toyota Motor and Mazda Motor, which are building plants and creating jobs on American soil.

Automakers were well represented among the 18 attendees from corporate Japan. Although participants were generally restricted to one person per industry, executives from Mazda, Nissan Motor and Honda Motor came to hear Trump speak. Toyota President Akio Toyoda was unable to come due to a scheduling conflict.

Masayoshi Son, chairman and CEO of tech company SoftBank Group, did attend the meeting and also spoke separately with Trump. Son updated the president on the progress since their conversation last December, when Son promised to create 50,000 American jobs.

Trump reportedly told "Masa" he was "great" when the SoftBank chief indicated Monday he could commit to more U.S. investment if needed.

The president in his remarks at the ambassador's residence also mentioned Hon Hai Precision Industry, or Foxconn, the Taiwanse parent of Japan-based Sharp, for planning to build a "massive" factory in the state of Wisconsin.

Also present in the audience were Suntory Holdings, which bought U.S. bourbon maker Beam for $16 billion in 2014, and Mitsubishi Heavy Industries, which has deep ties to the American defense and other sectors. Japanese companies were apparently invited based on their level of investment and job creation in the U.S.

Trump urged corporate Japan to invest even more in the U.S. But he stood by his refusal to return to the Trans-Pacific Partnership trade and investment pact, which his administration has said America is leaving.

Japanese business supports the TPP, which Japan and the other remaining 11 members seek to bring to fruition without the U.S.

"I want the Japanese government to steadfastly advocate for the importance of free trade and economic partnerships," Yoshimitsu Kobayashi, chairman of the Japan Association of Corporate Executives, or Keizai Doyukai, said in a statement Monday. Kobayashi also attended the gathering with Trump.