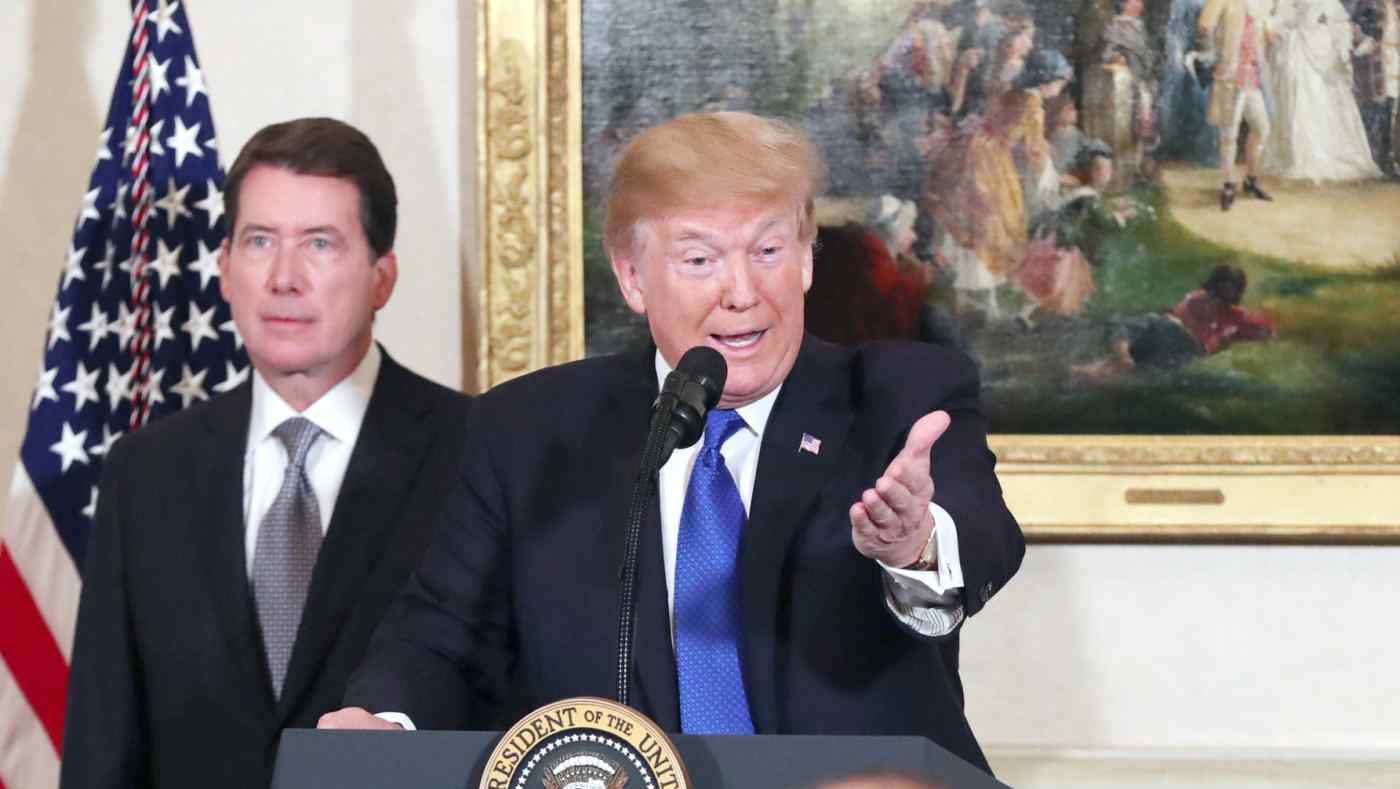 TOKYO U.S. President Donald Trump spoke out, again, against his country's wide trade deficit with Japan, but he saved some sweet talk for those he felt are helping right the balance.

"We love it when you build cars...in the United States instead of shipping them over," Trump told Japanese business leaders at the American ambassador's residence in Tokyo on Nov. 6. The president was especially effusive when it came to the "great folks" from Toyota Motor and Mazda Motor, which are building plants and creating jobs on American soil.