Turkey inflation surges to 70%, putting Erdogan in a bind

Against high prices, support falls for president who faces an election next year 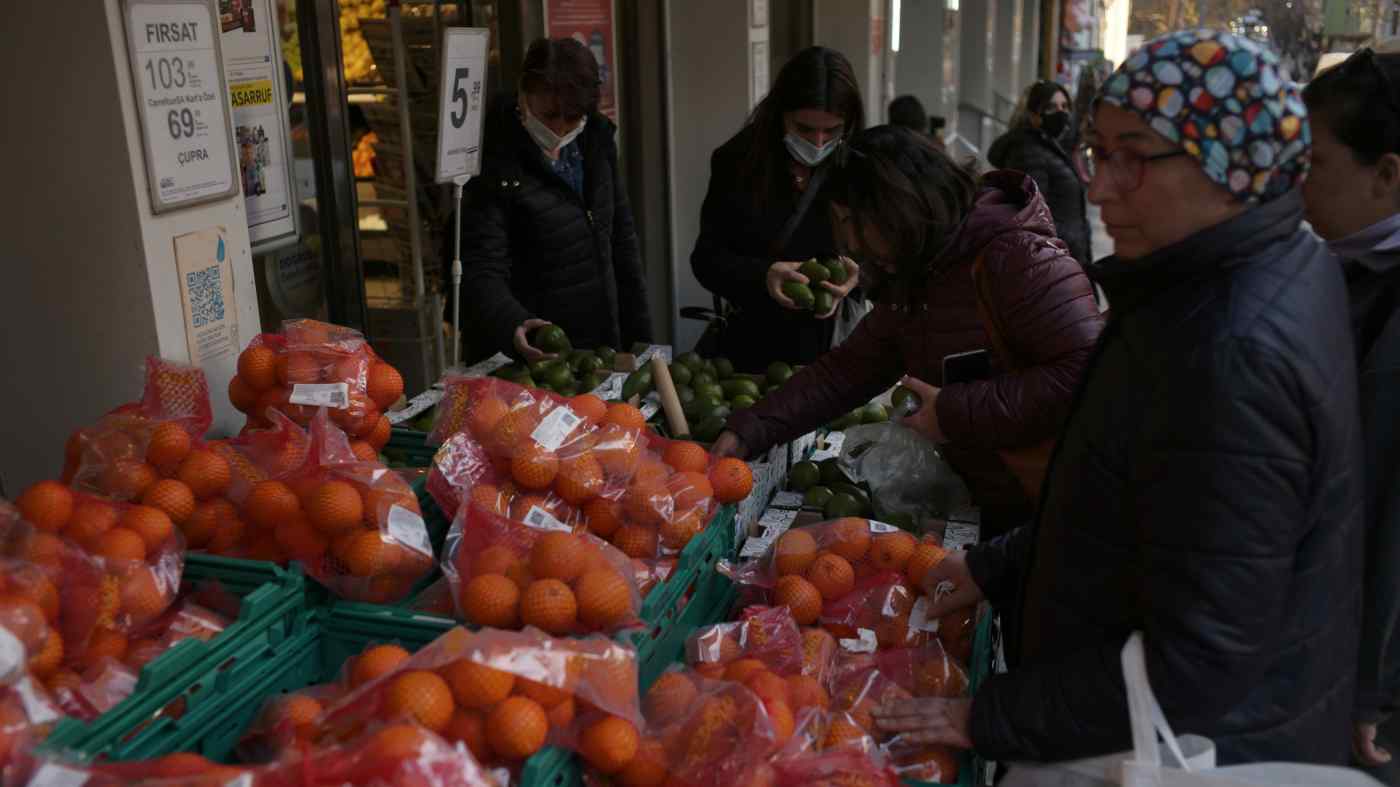 ISTANBUL (Reuters) -- Turkey's annual inflation jumped to a two-decade high of 69.97% in April, according to data on Thursday, fueled by the Russia-Ukraine conflict and rising energy and commodity prices after last year's lira crash.

The surge in prices has badly strained households just over a year before presidential and parliamentary elections that could bring the curtain down on President Tayyip Erdogan's long rule.

Erdogan first came to power as prime minister in 2003 before switching the country to a presidential system, and the unorthodox interest rate cuts made last year under pressure from him have been blamed for lighting a fire under inflation.

"It's about food and energy price increases but also the spectacular failure of monetary policy in Turkey - and it's about the abject and total failure of Erdogan's unorthodox monetary policy," said strategist Timothy Ash at Bluebay Asset Management.

Last year's currency slide was triggered by a 500 basis point-easing cycle which began last September under pressure from Erdogan, prompting the sustained surge in consumer prices that was stoked by fallout from Russia's invasion of Ukraine.

The surge in consumer prices was driven by a 105.9% leap in the transportation sector, which includes energy prices, and a 89.1% jump in food and non-alcoholic drinks prices, the data showed.

Month-on-month, food and non-alcoholic drink prices rose the most with 13.38% and house prices rose 7.43%.

Presidential and parliamentary elections are due by June 2023 and opinion polls show Erdogan's support declining.

"The really remarkable thing here is that opinion polls still suggest that the next election is still in the balance. Perhaps that says as much about the opposition as Erdogan," Ash said.

The government has said inflation will fall under its new economic program, which prioritizes low interest rates to boost production and exports with the goal of achieving a current account surplus.

However, economists see inflation remaining high for the rest of 2022 due to the war, with the median estimate for inflation at year-end standing at 52%. The current account deficit has also widened sharply at the start of the year.

Last week's Reuters poll showed annual inflation was expected to be 52% by year-end. Inflation was last at current levels in 2002, having hit 73.1% in February of that year.

Inflation has continued to rise despite tax cuts on basic goods and government subsidies for some electricity bills to ease the burden on household budgets.

Last week the central bank forecast annual inflation will peak at around 70% by June before declining to near 43% by year-end and single digits by end-2024.

The central bank held its key policy rate steady at 14% in four meetings this year and said measures and policy steps will prioritize so-called liraization in the market.

The domestic producer price index climbed 7.67% month-on-month in April for an annual rise of 121.82%.