Inflation sizzles as CPI jumps 6.8% in 12 months through November 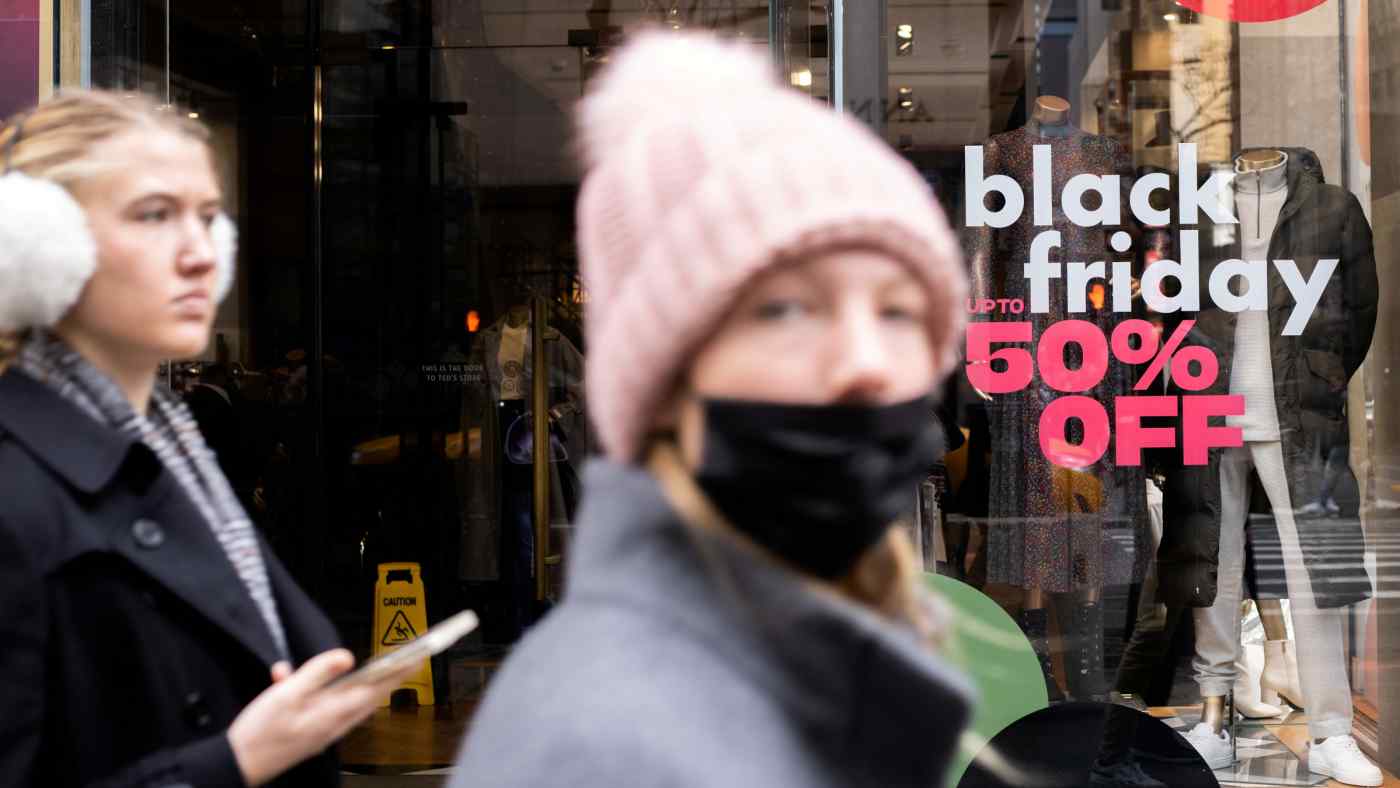 WASHINGTON (Reuters) -- U.S. consumer prices rose solidly in November as Americans paid more for food and a range goods, leading to the largest annual gain since 1982, posing a political nightmare for President Joe Biden's administration and cementing expectations for the Federal Reserve to start raising interest rates next year.

The report from the Labor Department on Friday, which followed on the heels of a slew of data this month showing a rapidly tightening labor market, makes it likely the U.S. central bank will announce that it is speeding up the wind-down of its massive bond purchases at its policy meeting next week.

With supply bottlenecks showing little sign of easing and companies raising wages as they compete for scarce workers, high inflation could persist well into 2022. The increased cost of living, the result of shortages caused by the relentless COVID-19 pandemic, is hurting Biden's approval rating. The White House and the Fed have characterized high inflation this year as transitory.

"There's not much room to explain away this inflation from pandemic or reopening anomalies," said Will Compernolle, a senior economist at FHN Financial in New York. "Inflation is a tax, gas and food are among the most regressive aspects of it. Lower-income Americans spend disproportionately on both."

Food prices rose 0.7%. The cost of food at home increased 0.8%, driven by a jump in the price of fruits and vegetables, meat, and cereals and bakery products. The price of food consumed at home gained 6.4% over the past 12 months, the most since December 2008. Dining out was also more expensive last month.

In the 12 months through November, the CPI accelerated 6.8%. That was the biggest year-on-year rise since June 1982 and followed a 6.2% advance in October. Economists polled by Reuters had forecast the CPI would climb 0.7% and rise 6.8% on a year-on-year basis.

Biden acknowledged the increased burden on household budgets from the high inflation, while trying to reassure Americans that the country was pushing ahead with efforts to ease supply bottlenecks.

"We are making progress on pandemic-related challenges to our supply chain which make it more expensive to get goods on shelves, and I expect more progress on that in the weeks ahead," Biden said in a statement.

Indeed, gasoline prices have been trending lower since the end of November. That helped to lift consumer sentiment in early December, a separate survey from the University of Michigan showed on Friday.

The government reported last week that the unemployment rate fell to a 21-month low of 4.2% in November. Tightening labor market conditions were underscored by a report on Thursday showing new applications for unemployment benefits dropped to the lowest level in more than 52 years last week.

Other data this week showed there were 11 million job openings at the end of October and Americans quit jobs at near-record rates. Fed Chair Jerome Powell has said the U.S. central bank should consider hastening the tapering of its bond purchases at its policy meeting next week.

"The Fed has little choice but to accelerate tapering and prepare for the possibility of much earlier rate hikes than it was planning just a few months ago," said Sal Guatieri, a senior economist at BMO Capital Markets in Toronto.

Excluding the volatile food and energy components, the CPI rose 0.5% last month after gaining 0.6% in October. The so-called core CPI was supported by rents, with owners' equivalent rent of primary residence, which is what a homeowner would receive from renting a home, rising a solid 0.4%.

Airline fares rebounded 4.7%. But gains are likely to be curbed by the spread of the Omicron variant of COVID-19, which could make some people hesitant to travel by air. The United States is already experiencing a resurgence in coronavirus infections, driven by the Delta variant.

But the cost of motor vehicle insurance fell. Recreation prices dropped after nine straight months of gains. The so-called core CPI jumped 4.9% on a year-on-year basis, the largest rise since June 1991, after increasing 4.6% in October.

The Fed tracks the personal consumption expenditures (PCE) price index, excluding the volatile food and energy components, for its flexible 2% inflation target. The core PCE price index surged 4.1% in the 12 months through October, the most since January 1991. Data for November will be released later this month.

Economists expect the year-on-year CPI could top 7% before falling back and the core CPI rate could rise above 6%.

"The recent strength in CPI and PCE inflation reflects both factors that are temporary and should fade over time and factors that could be more persistent," said Daniel Silver, an economist at JPMorgan in New York. "But the tightening in the labor market likely will continue over time and this should keep upward pressure on inflation."