A rising Asian power, driving export industries that sweep all before them, fuelled by a seemingly bottomless supply of cheap capital and sheltered by a protective, opaque government -- such is the prevalent view of China and its challenge to the U.S. in the 21st century.

Almost the same description, though, was applied to Japan only a few decades ago when many Americans considered the country to be the biggest threat to U.S. global pre-eminence in the wake of the Soviet Union's demise.

In mid-August, U.S. President Donald Trump formally directed his advisers to investigate China's trade practices, an action he said was "just the beginning" in his pursuit of Beijing over its allegedly protectionist policies.

With China in America's crosshairs, it is timely to examine the similarities and differences between the U.S. trade war with Japan in the 1980s and China today.

American critics of Japan painted the country as not just another competitor, but as an alien system and an undemocratic one to boot. Far from beating the U.S. at its own game, Americans worried that Japan, like China today, might be playing on a different field altogether.

Does America's bitter trade war with Japan, which ran for about three decades from the 1960s, provide a road map for future economic conflicts with China that the Trump administration appears ready to ignite?

The answer, at first glance, is no. Washington's battles with Tokyo over trade were always tempered by the security alliance between the two countries and the fact that for much of the postwar period, Japan was a virtual U.S. protectorate.

A famous Japanese Ministry of International Trade and Industry official, Naohiro Amaya, used to rationalize this arrangement by arguing that Japan could prosper as a "merchant nation" while leaving "samurais" like the U.S. to fight its wars.

Such a template does not apply to China, which confronts the U.S. with a level of economic power matching that of Japan and the military rivalry of the former Soviet Union. To use Amaya's formulation, China is a samurai and merchant nation all in one.

Although trade conflicts with Tokyo were moderated by the defense alliance, the main reason Japan faded as a threat in U.S. eyes in the early 1990s was that its economy stalled and its postwar political system cracked.

Short of a calamitous economic slowdown, China is unlikely to collapse. Even if it slows, China will still rival the U.S. because of the size of its population. Its political system has proved to be more resilient than its critics have allowed and it is largely impervious to U.S. pressure, which gives Beijing the ability to leverage its market clout in ways the Japanese never could.

Beijing, paradoxically, has another source of leverage when it comes to the U.S. that Tokyo did not have: its economy has been, at least until recently, far more open to foreign products and investment than Japan's ever was.

U.S. car companies, for example, have made huge profits in China, although after being forced into joint ventures with state-owned Chinese partners. In Japan, by contrast, the U.S. "big three" never made any headway.

Beijing has been adept at driving a wedge between U.S. companies and the U.S. government, creating pressure in Washington for either hasty compromises or lengthy negotiations on trade issues.

Initially, the Trump administration publicly focused on reining in Chinese steel production and alleged currency manipulation. The real battle with China, though, is the area that the White House is now zeroing in on, which is the frontier of the modern economy, including electric vehicles, semiconductors and technology and intellectual property in general.

In the auto market, Beijing is demanding that foreign companies hand over their technology for next-generation electric vehicles as the price to manufacture in China and maintain access to the world's largest vehicle market.

In this respect, the conflict with China has deep echoes of earlier battles with Japan. Although initially focusing on the old economy, China, like Japan, has quickly turned into an existential challenge for the U.S.

The Chinese have studied past U.S.-Japan trade conflicts closely, particularly the most heated confrontations in the 1980s and 1990s, and have drawn their own lessons.

In the 1985 Plaza Accord, Washington forced a massive revaluation of the yen as part of an effort to reduce Japan's massive trade surplus. To offset a strengthening currency, Japan flooded their economy with cheap money, a response which in turn rapidly led to a boom in share and land prices. Japan's infamous bubble economy followed, which peaked in 1989 and took decades to deflate.

Far from blaming Tokyo for a misdirected policy response, Chinese officials have always seen the Plaza Accord as a U.S.-led conspiracy to hobble an economic competitor like Japan. Beijing views U.S. initiatives directed against them through the same dark lens.

The Chinese are also determined to avoid the kind of trade agreement struck by the administration of U.S. President Bill Clinton with Japan, under which Tokyo all but guaranteed U.S. semiconductor companies a set market share in Japan.

Like Japanese negotiators in the 1980s, however, the Chinese have become adept at small, symbolic concessions, such as the ones Beijing offered in the early days of the Trump administration, with commitments for increasing access for U.S. beef and financial services.

In areas it considers strategic, however, Beijing is unlikely to budge, a position strengthened by its World Trade Organisation accession agreement which gave it the power to force foreign companies into joint ventures with Chinese partners.

For those reasons, the coming trade war with China is likely to be a lot worse, last a lot longer, and spill over into broader strategic competition issues in ways that did not happen with Japan. 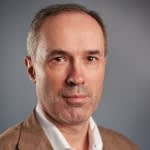 Richard McGregor is a Washington-based journalist and author. His book, Asia's Reckoning: China, Japan and the Fate of US Power in the 21st Century, will be published by Viking in September.