US may link currency, trade in economic dialogue with Japan

Trump could use same rhetoric as in NAFTA renegotiation talks 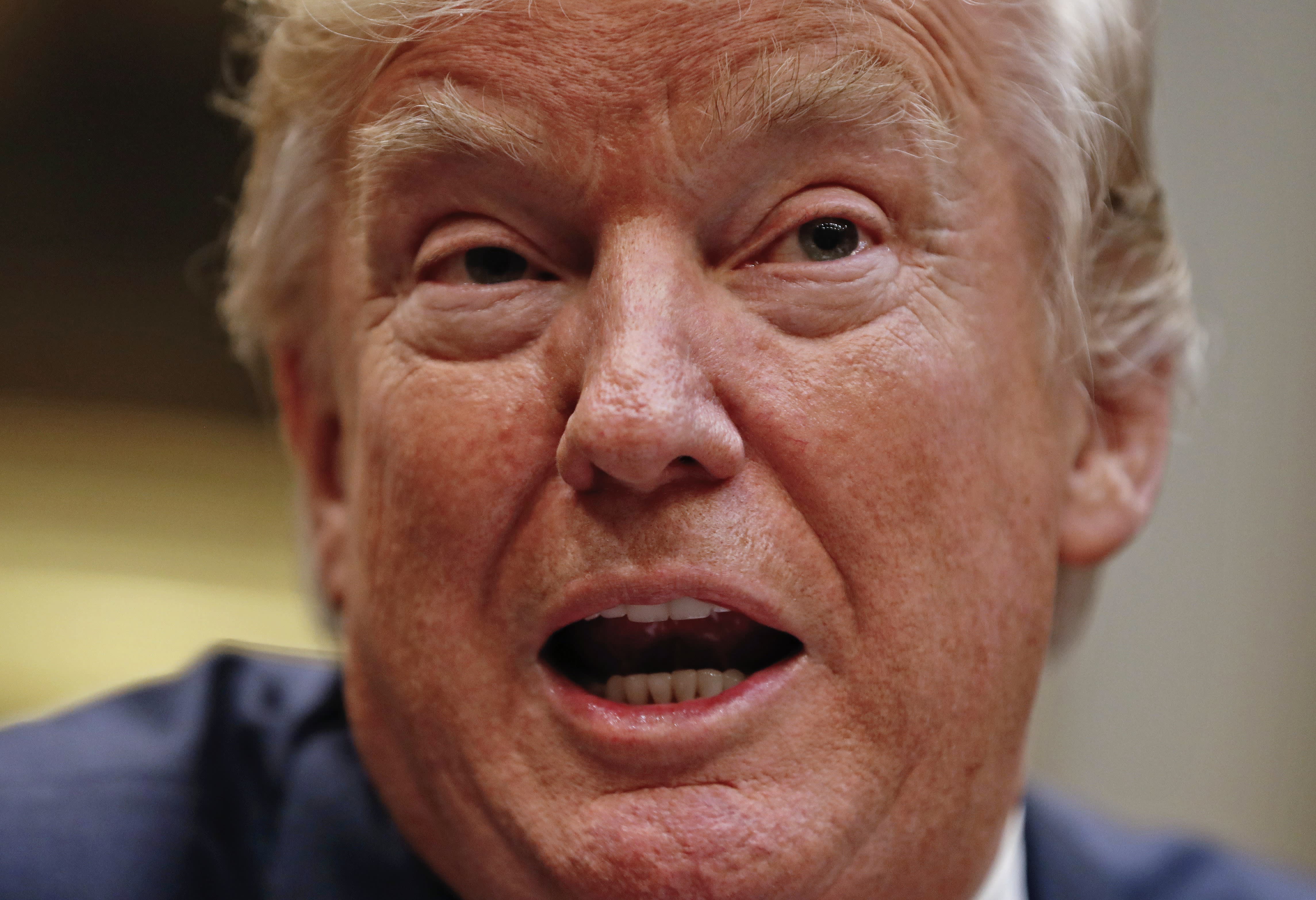 TOKYO -- Six months into his presidency, U.S. President Donald Trump has delivered little in political terms. Trade, however, is one area where the administration is active.

Staying true to his campaign promises, Trump has withdrawn the U.S. from the Trans-Pacific Partnership free trade agreement and is preparing to start renegotiation of the North American Free Trade Agreement. As for the economic dialogue with Japan, which began in April, Trump is reportedly planning a second meeting in October.

Perhaps, the emphasis on trade is a reflection of Trump's poor performance in other areas. Calling for reducing trade deficits and increasing jobs at home appeals to voters. No doubt he is mindful of the midterm elections next fall.

What is worrisome for investors is that the U.S. is now combining its trade policy with currency claims. On July 17, the Office of the U.S. Trade Representative outlined goals for NAFTA renegotiation, which included adding a new clause aimed at keeping trade partners from trying to devalue their currencies.

On Jan. 26, soon after he took office, Trump said he would introduce "very, very strong controls over monetary manipulation and devaluation," surprising Japanese trade representatives. Attaching currency conditions to trade agreements, which are supposed to take down, not increase, trade barriers, would be unprecedented. Some thought Trump was just saying things on a whim. Then, six months later, came the announcement from the trade representative.

There were signs that the USTR was about to meddle in currency matters, which are administered by the Department of the Treasury. For Robert Lighthizer, who became the trade representative on May 15, the first important task was to start NAFTA renegotiation talks to make the multilateral accord more beneficial for the U.S. Just four days into his job, on May 18, The Wall Street Journal ran a short yet important article reporting that Lighthizer had told U.S. congressmen that he was considering adding to NAFTA new rules that ban currency manipulation.

If NAFTA is to include an anti-currency manipulation clause as a result of renegotiation, I argued at the time, the U.S. will likely demand a similar clause be included in a bilateral trade agreement with Japan. Now that the trade representative has made clear his intention to pursue that goal in NAFTA renegotiations, it will be all the more interesting to see what will happen to Japan.

The summit between Trump and Japanese Prime Minister Shinzo Abe on July 8 in Germany was significant. In the meeting, Trump reportedly asked Abe to correct bilateral trade imbalances. It was the first time Trump had made such a request since becoming president, despite having met with Abe on several occasions already. Specifically, Trump is said to have called on Abe to open up Japan's auto market, raising concerns about barriers that are keeping American cars from entering Japan, notably nontariff barriers such as safety and environmental standards.

Japan should be careful if the U.S. raises this issue in future bilateral economic dialogue because the U.S. has long considered currency devaluation as a kind of nontariff barrier. U.S. Vice President Mike Pence, who is in charge of the dialogue with Japan, has indicated that the dialogue may eventually become talks on a free trade agreement between the two countries. In that case, the U.S. may call for the kind of currency clause it is now pushing for in NAFTA renegotiations to be included in the U.S.-Japan free trade agreement.

Japan may counter by arguing that currency affairs should be left to the finance minister and the Treasury secretary. Still, every time currency emerges as a possible topic for trade negotiations between the two countries, the yen tends to gain strength against the dollar as market players see the U.S. administration as critical of a weak yen. This means the U.S. has a "currency card" in its trade negotiations with Japan.

If Japan must always take heed of U.S. accusations that it is guiding its currency lower, the Bank of Japan's monetary policy may be affected. The central bank currently has a policy of keeping both long-term and short-term rates low. If long-term rates rise outside Japan as European and U.S. central banks begin to tighten their ultraloose monetary policies, the yen will likely come under selling pressure due to wider interest rate gaps. This may be considered as currency manipulation by the U.S.

Beware at the next meeting

In late January, Trump said other countries are taking advantage of the U.S. with their money supply and devaluation. He also said: "You look at what China's doing, you look at what Japan has done over the years. They play the money market, they play the devaluation market." In a way, his words were directed at the BOJ.

Will the U.S. link trade policy with currency in the economic dialogue with Japan just as it is doing in NAFTA renegotiations? We now need to pay attention to the next meeting, which may come in October.