US shale-based LNG gushes into Asia TOKYO -- Liquefied natural gas originating from the U.S. is flowing into Asia at an accelerating pace, with Japan becoming the most recent country to buy the fuel under a long-term contract.

Japan will begin sourcing a sizable portion of its LNG from the U.S. to improve its energy security. Tokyo also seeks to alleviate pressure from U.S. President Donald Trump's administration to address their bilateral trade imbalance. Other Asian countries are tapping this relatively new source as well, amid growing demand for energy.

The U.S. became a net exporter of natural gas last year, taking advantage of huge reserves of shale gas from underground rock formations. Japan accepted its first-ever cargo of shale-based LNG from the continental U.S. in January 2017, while Monday's delivery marked the first to come as part of a long-term contract.

Demand likely will continue growing in China and India, where stronger environmental regulations are spurring a shift to natural gas from coal for power generation. China overtook South Korea last year to become the world's second-largest LNG importer -- behind only Japan -- and is expected to top the list in 2030. 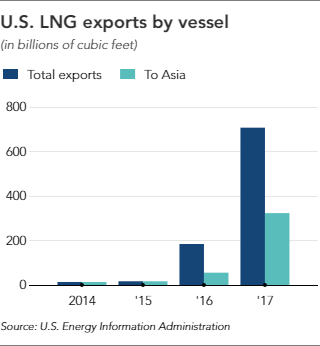 In a joint statement issued by the U.S. and China on Saturday regarding the latest trade consultations, China agreed to "meaningful increases" in imports of U.S. energy. U.S. Commerce Secretary Wilbur Ross will travel to China next week to further discuss the details of the trade agreement.

LNG plants are sprouting across the U.S., as Japanese buyers plan to procure 10 million tons annually from American sources, data from the industry ministry shows -- enough to meet more than 10% of Japan's demand.

Japan relies on imports to meet nearly all of its natural gas needs, using the fuel chiefly for electricity generation and city gas. The country brought in 83.6 million tons of LNG last year. Australia accounted for 30% of the total, followed by Malaysia and Qatar.

But American-produced LNG typically is tied to the Henry Hub price benchmark, while most sources elsewhere are linked to crude oil. This leaves U.S. prices less exposed to the volatile crude market, an important advantage. 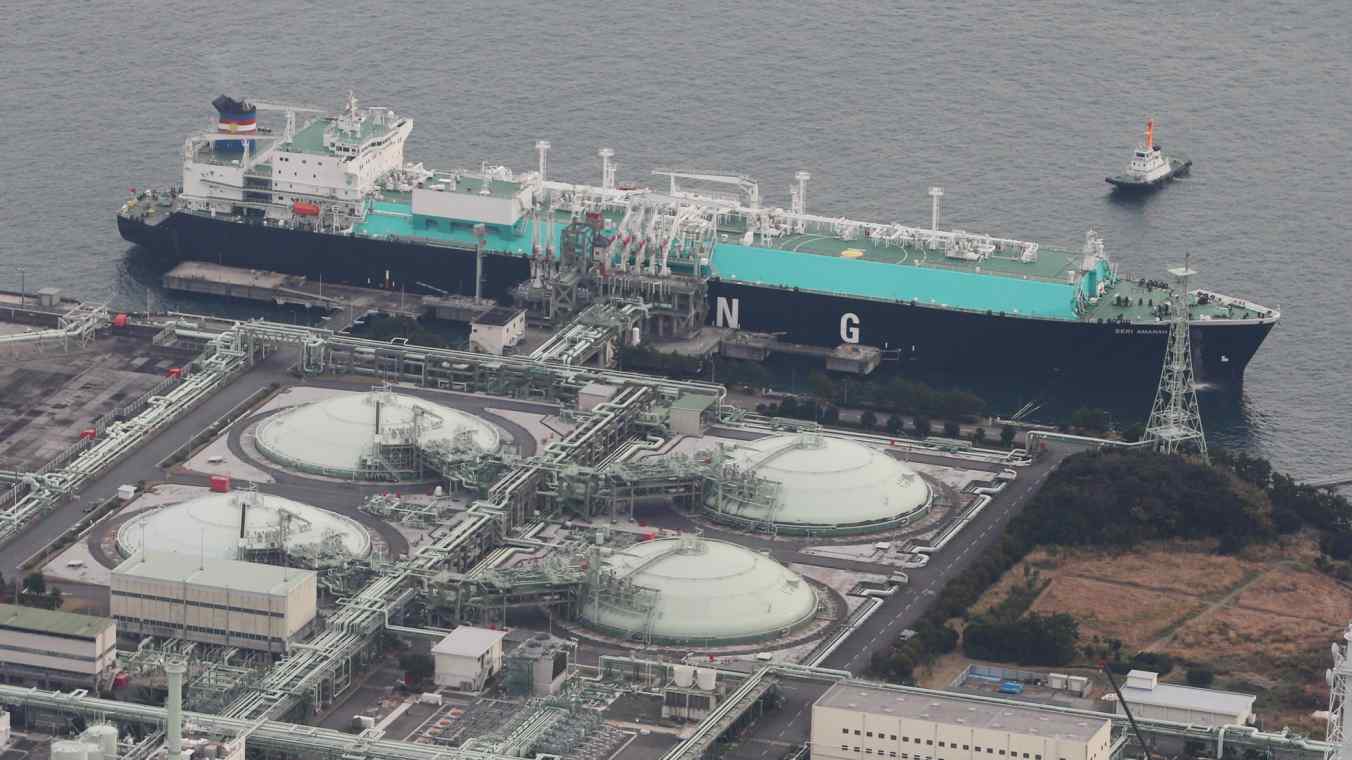 Japan now pays around $9 per 1 million British thermal units for imported LNG, compared with a Henry Hub price of less than $3. The prices become roughly equal after shipping and liquefaction costs are considered, the industry ministry says.

The U.S. promotes exports of shale gas as a way to reduce trade deficits. Japan sees energy imports as an alternative to meeting demands from the Trump administration to buy more automotive and agricultural goods -- areas where ceding any more ground would be difficult for Tokyo.