Customers struggle for rides with merger under review in Philippines 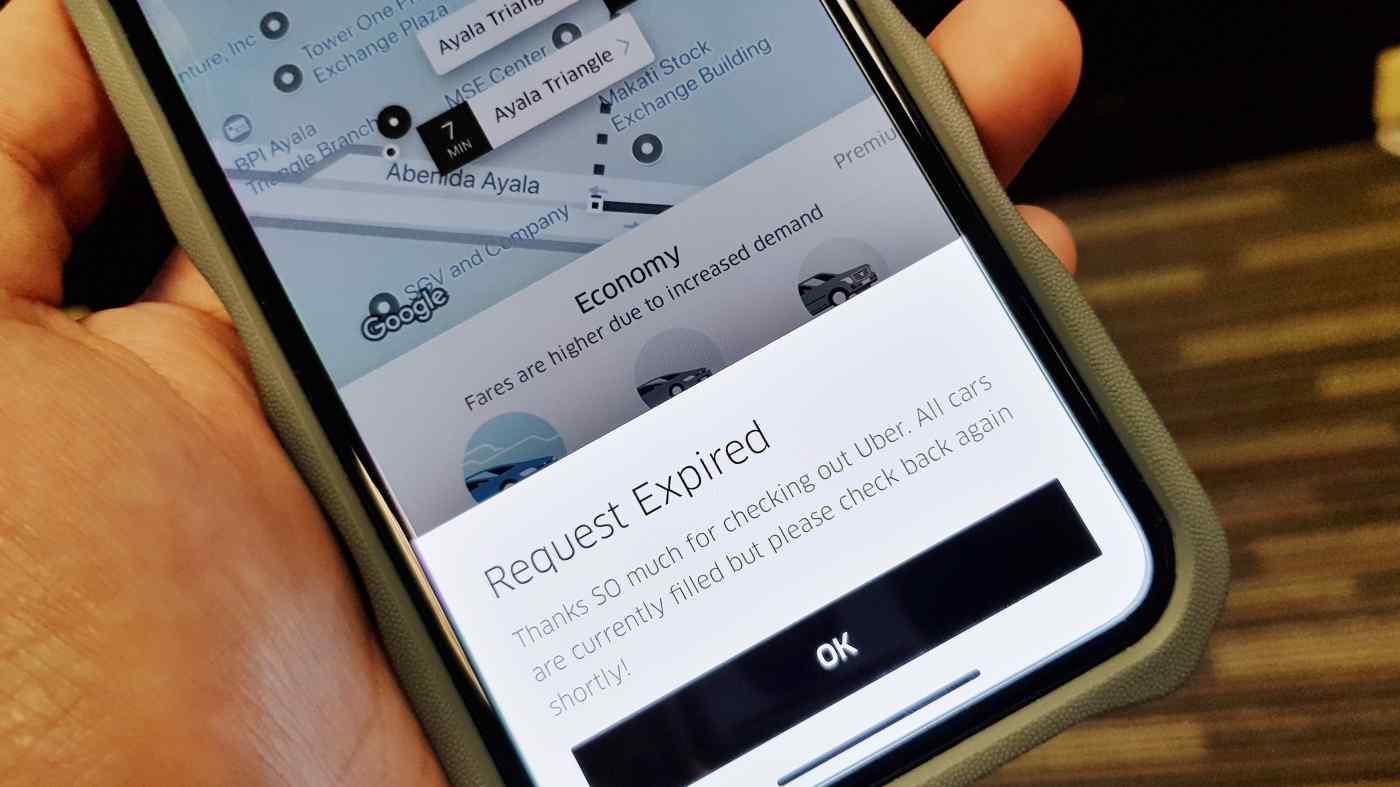 Commuters in Metro Manila have been struggling to book Uber cars, as drivers began migrating to Grab, which has agreed to buy the Southeast Asian businesses of its American rival. (Photo by Cliff Venzon)
CLIFF VENZON, Nikkei staff writerApril 11, 2018 23:08 JST | Philippines
CopyCopied

MANILA -- Even while the Uber-Grab merger is under review in the Philippines, customers and drivers are already suffering the consequences of the deal.

Philippine antitrust regulators have compelled Uber to continue business as usual while they scrutinize the deal, but customers say securing a ride has become excruciatingly difficult. Drivers, on the other hand, say they have no choice but to switch to Grab to ensure their livelihoods.

Uber users have deluged social networking sites with complaints after Grab announced on March 26 it was taking over the Southeast Asian businesses of its American rival. In the Makati central business district on Tuesday afternoon, an attempt to book an Uber trip prompted this message: "All cars are currently filled but please check back again shortly." Successive attempts yielded the same response.

Unlike commuters in Malaysia, Indonesia, Thailand and Vietnam, customers in the Philippines and Singapore can still access their Uber apps. Antitrust regulators in Manila on April 7 ordered both companies to halt the deal, including the migration of Uber drivers over to Grab.

For many drivers, the order meant little as they had registered with both Uber and Grab, which would control over 80% of the Philippine ride-hailing market once the deal is completed. Grab had implemented "onboarding" of Uber drivers in late March.

"The hassle period has started," a public relations manager in Manila posted on her Facebook page on April 1. "I can't book an Uber ride anymore and then I tried to book a Grab ride, it was so easy yet the fare is almost double." Such experiences were commonly recounted on social networking sites.

The drivers who had migrated said they had little choice even though their earnings were lower under Grab. "Uber stopped the incentives after announcing the deal, so I had no choice but to move to Grab," Domi Gario told the Nikkei Asian Review.

Gario said he earned as much as 7,000 pesos ($135) -- around half of the minimum wage in Manila -- in incentives under Uber whenever he completed 70 trips, compared with Grab that pays him only around 3,000 pesos for 55 trips. "It's better than no incentives at all," he said.

The situation raises questions about how the Philippine Competition Commission can effectively and practically enforce antitrust regulations. The commission was created to protect consumers from anticompetitive business arrangements, but post-merger conditions could hurt tens of thousands of drivers.

"So if our review does indicate that this transaction is going to substantially harm the riding public, we will do our mandate," Commission Chairman Balisacan told reporters on April 5 after a public hearing on the deal, declining to be specific. "There are many ways of skinning a cat."

The antitrust review could take as long as 195 days, but Grab Philippines country head Brian Cu said the company would only maintain the Uber app until April 15, as Uber has already exited Southeast Asia. The commission has yet to respont to Grab's call for a dialogue.

Land Transportation Franchising and Regulatory Board member Aileen Lizada backed the shutting down of the Uber app, citing the safety of passengers. "[If] there's a road cash, and there's a complaint. Who will we summon?" she was quoted by ABS-CBN as saying.

Further complicating the commission's position is the plight of many drivers. Ray Yap said he had to move to Grab to meet monthly 15,800 peso payments on his Ford Fiesta. "I have a monthly obligation to my bank. So I don't have a choice but switch to Grab," he said.