Chairman Yanai wants Fast Retailing to be "world's No.1" 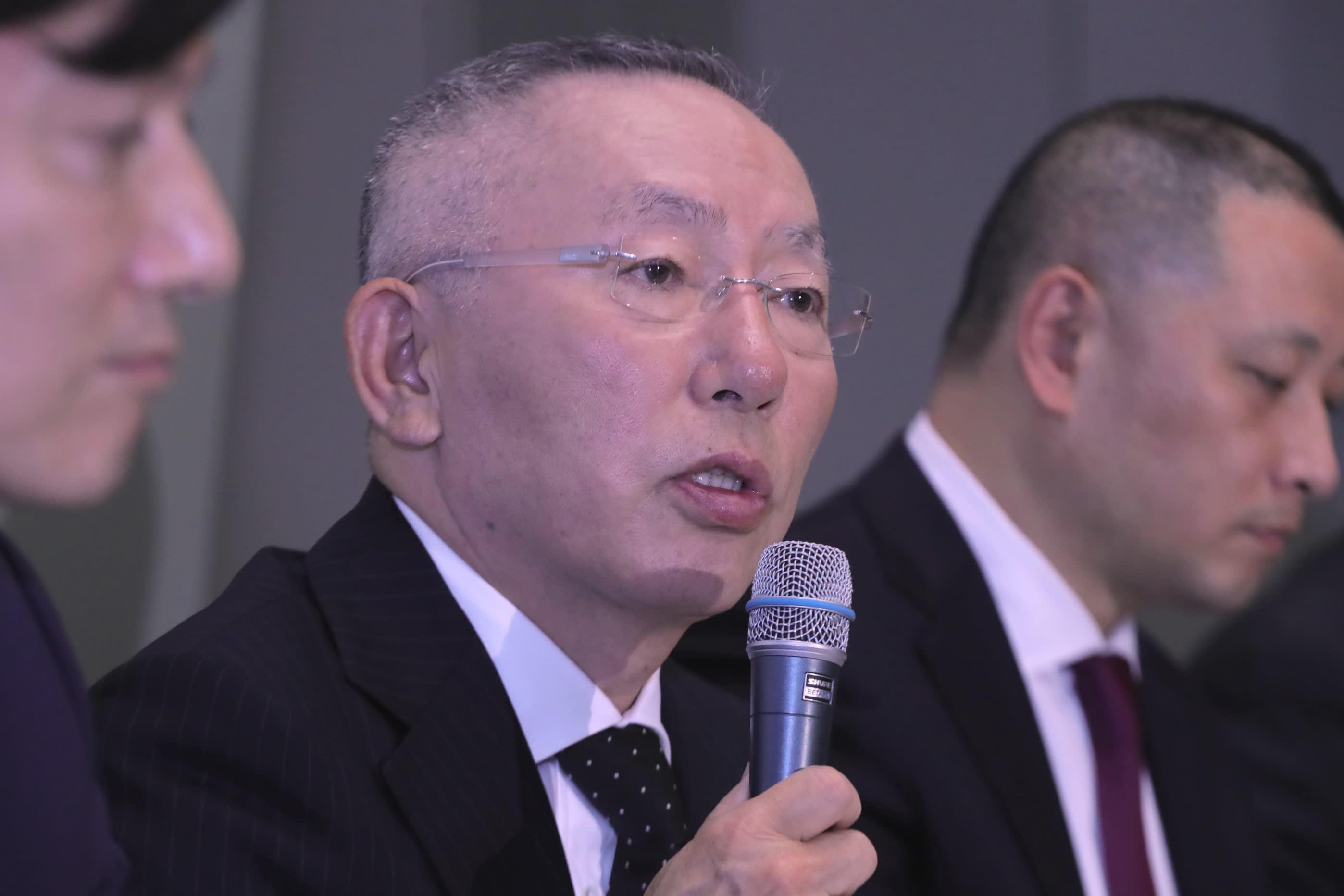 TOKYO -- Fast Retailing, the operator of clothing chains Uniqlo and GU, said Thursday enhanced use of technology will allow it to grow its business in Asia where it sees growth potential.

"If we make wise use of 'digital-powered retailing,' we can be the world's No.1," said Fast Retailing Chairman and CEO Tadashi Yanai. The company is already the third apparel-maker in the world, after Spain's Inditex which owns Zara, and Sweden's Hennes & Mauritz, or better known as H&M.

Yanai made the statement at a press conference where Fast Retailing unveiled a record high annual revenue, of 1.86 trillion yen ($16.5 billion), for the year ended August. The revenue figure was 4% higher than a year ago. Net profit for the same period was 119 billion yen, about 2.5 times that reported for fiscal 2016.

Its overseas business was the main driver of the solid performance, and is expected continue to underpin growth, the company said. Fast Retailing expects 10% revenue growth and 13% increase in operating profit in fiscal 2018. "The revenue of our Uniqlo business overseas will take over that of Japanese this year," said Chief Financial Officer Takeshi Okazaki.

The group executives in charge of its Asian business attended the results briefing for the first time, signalling the growing importance of these markets for the Japanese retailer.

Pan Ning, who oversees the group's operations in China, Hong Kong and Taiwan, forecast that revenue from greater China will reach 1 trillion yen ($8.9 billion) in five years and operating profit of 200 billion yen. Taku Morikawa, chief of the Southeast Asia and Oceania markets, expects regional business to grow annually by 30%, pushing revenue up to 300 billion yen in five years.

CEO Yanai said that the company will accomplish such growth by enhancing their e-commerce capabilities. "Industry borders are being wiped out. Amazon.com, Google, Apple, Alibaba Group Holding and Tencent Holdings have all penetrated into every different businesses," he said, implying that the company must grow in the same way that other technology giants have.

For example, in greater China, Fast Retailing's e-commerce revenue only accounts for 10% of the total. Through more effective digital marketing and branding via social media, the company intends to triple the proportion of e-commerce revenue.

Data analysis is also an important part of information technology. The apparel company plans to collect and utilize big data by itself or in collaboration with other companies to figure out what consumer trends, and to enforce better inventory control.

"Two-thirds of what the apparel industry makes is wasted," Yanai said. "We would like 70-80% of our total production to be what customers want, as soon as possible."

As the Japanese market remains sluggish, Yanai said he saw "no risks" in globalizing. Fast Retailing stock closed at 34,850 yen on Thursday before the announcement. It is up 16% from its recent low on Sept. 8.