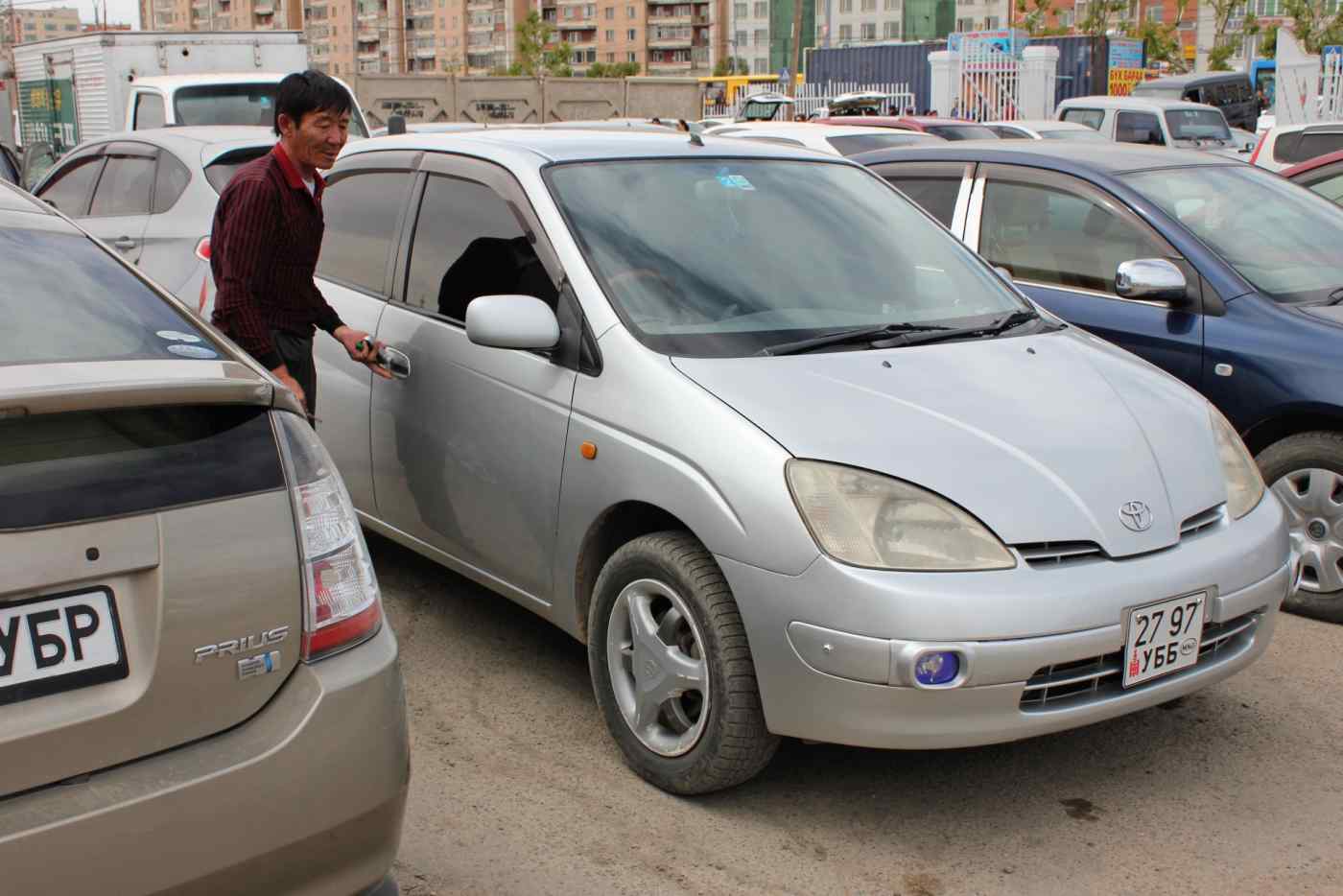 ULAANBAATAR -- Traffic jams are a common sight in Mongolia's capital and many, if not most, of the cars stuck inching their way along the roads are Toyota Motor Priuses.

Chances are three out of five that a car is a Prius, according to one resident. That is just a guess, but it is probably not far off. A glance down the street reveals a line of five Priuses. One parking lot is filled with the cars.

Most of the hybrid gasoline-electrics are used cars that still carry Japanese inspection certificates and dealer stickers. A local dealership said that depending on the model, the Prius sells for $5,000-$7,000, over 10 times the average monthly household income. Despite the high price tag, the Prius is very popular, the dealership said.

Ulaanbaatar was built on Soviet lines to accommodate around 400,000 people. In recent years, the population has ballooned to 1.4 million, causing many headaches for city dwellers. The explosion of cars is especially visible. With an estimated 480,000 cars on the road as of the end of last year, congestion is constant. Pollution is particularly bad in winter, making Ulaanbaatar's air quality similar to Beijing's, locals say.

But the Prius is not popular because it runs cleanly. People like it because it is fuel efficient and easy to drive.

Winters in Mongolia are cold. Temperatures often range from minus 20 C to minus 40 C. Word quickly spread that the Prius starts easily in the cold, helping make it a huge hit. A 65-year-old private security guard who bought a Prius two years ago said, "The engine starts quickly and I'm glad it's fuel efficient." In tough economic times, having a reliable, economical car is a plus.