Vietnam Q2 GDP growth slows to 0.36% due to pandemic

Success against coronavirus came with worst GDP numbers in decades 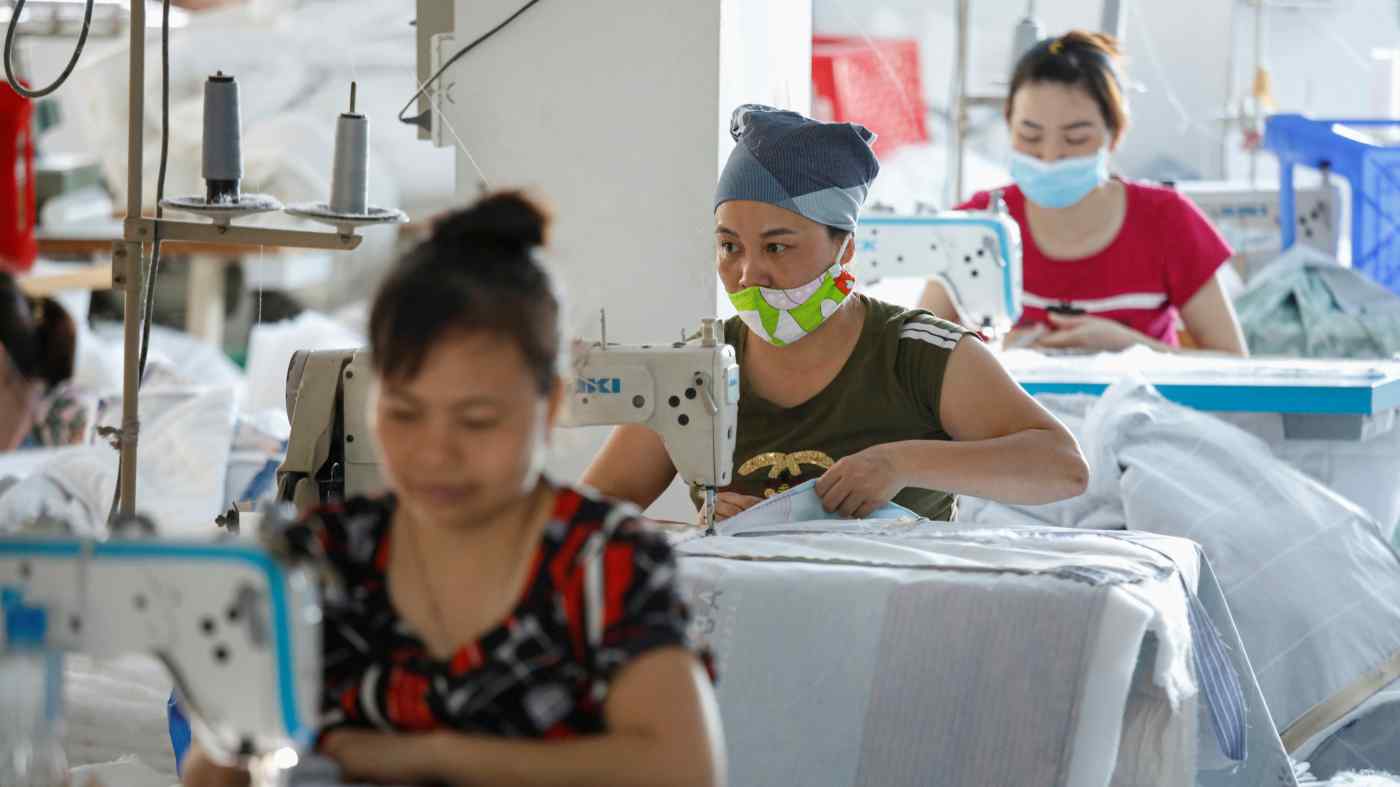 Laborers at a private Ngoc Nu factory that makes blankets, pillows and mattresses for the domestic market return to work after the government eased a nationwide lockdown, in Hanoi, Vietnam, on June 1, 2020.   © Reuters
June 29, 2020 16:31 JST | Vietnam
CopyCopied

HANOI (Reuters) -- Vietnam's economic growth in the second quarter fell to its slowest pace in decades due to the impact of the coronavirus pandemic.

Gross domestic product in the April-June period grew 0.36% from a year earlier, compared with an expansion of 6.73% in the same period last year, the government's General Statistics Office said in a statement on Monday.

"The complicated development of the COVID-19 pandemic has left a negative impact on all socio-economic aspects," the GSO said.

The services sector in the second quarter contracted 1.76% from a year earlier, while the industrial sector rose 1.38% and the agriculture sector was up 1.72%, the GSO said.

The Southeast Asian country is seeking to resume economic activity after recording only 355 COVID-19 cases and no deaths due to the virus. Vietnam has not seen any community infections for more than two months.

The International Monetary Fund forecast last month Vietnam's economic growth will slow to 2.7% in 2020, but Prime Minster Nguyen Xuan Phuc said his government will try to keep growth above 5%.

Vietnam's industrial output in June rose 7.0% from a year earlier, the GSO added.