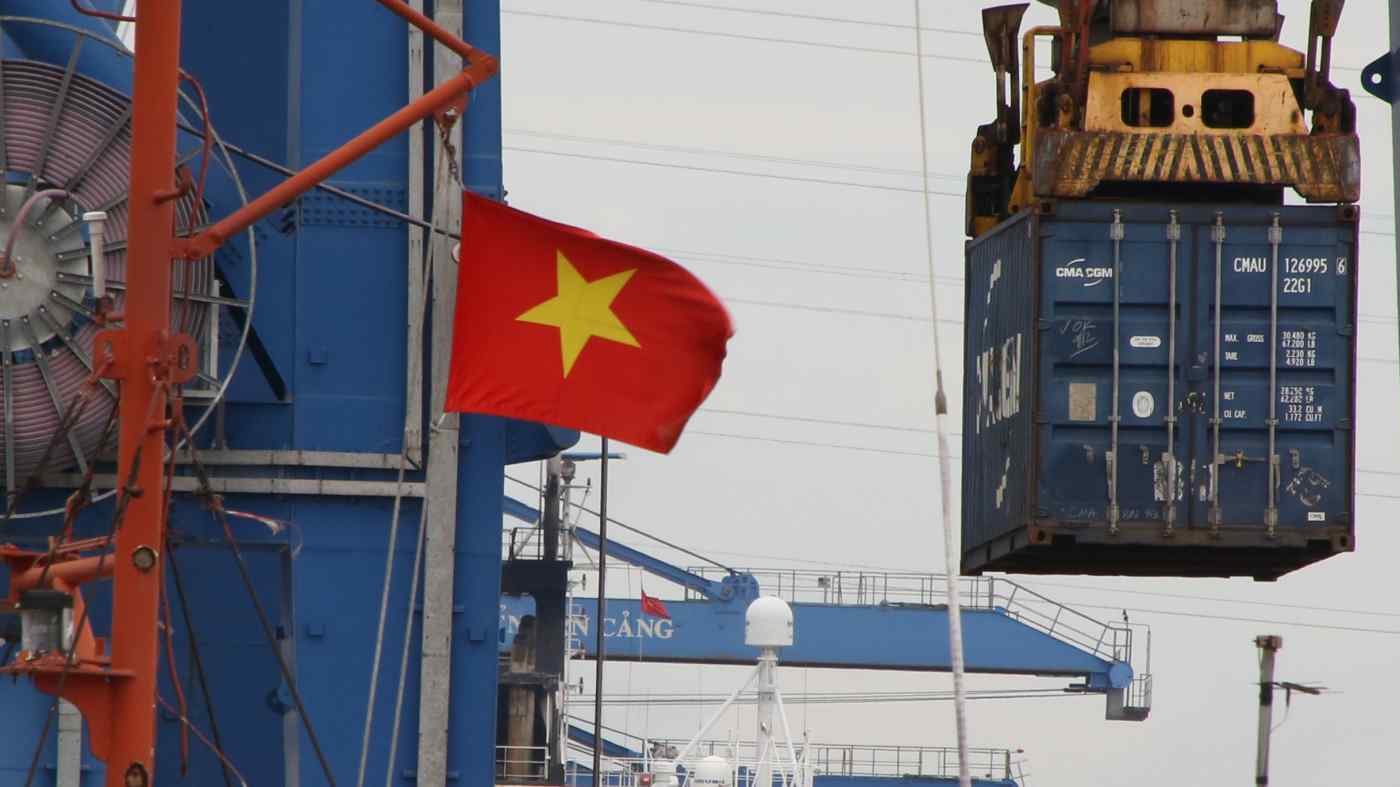 The year-on-year growth was higher than the 0.39% increase for the previous quarter. It was fueled by surging exports of personal computers demanded by a global workforce as well as students around the world as they shift to online meetings and classes.

Exports of steel and other key industrial products that had been hit hard by coronavirus restrictions also contributed to the growth. In addition, aggressive fiscal spending is supporting the economy.

In the third quarter, exports rose 11%, to $80 billion. A decline in shipments of mobile phones, machine parts and garments was offset by surging demand for personal computers, the bureau said. Exports of personal computers and related products rose more than 20%, according to the bureau.

Shipments of steel to China increased amid an infrastructure-building spree in the world's most populous nation.

Meanwhile, public investment during the 9 months beginning with January increased by 33.3% to 300 trillion dong ($12.9 billion). The government is creating jobs by spending money to improve roads, railways and other pieces of infrastructure. According to the State Statistical Bureau of Vietnam, public investment since January has been at the highest level in five years.

On the negative side, the amount of approved direct investment by foreign companies between January and September was $21.2 billion, down 19% from the previous year, according to the Ministry of Planning and Investment.

The tourism industry, which accounts for less than 10% of GDP, is also in a slump. Foreign tourists stopped entering the country in March, and there is no sign that they will be allowed back in for the time being.

The Communist Party of Vietnam is to hold a convention in January, when it will confirm a new leadership lineup and an economic growth strategy for the next five years. Hanoi is trying to maintain its economic growth path through public investment and other measures as it maintains stricter virus-related restrictions than neighboring countries.

The government earlier this month was urged to halve this year's economic growth target to 2% to 2.5%. In May, Hanoi vowed to deliver economic growth of over 5%, but that was before a second wave of infections hit in July.

The Asian Development Bank has forecast Vietnam's economic growth for 2020 at 1.8% percent. Thanks to the country's success in taming the spread of COVID-19, the Vietnamese economy is in a position not only to remain in positive GDP territory but to mark more growth than any other major Southeast Asian nation.

"A surge in exports to the U.S., aggressive rate cuts by the central bank, and the government's success in containing the virus are all factors behind Vietnam's outperformance," said Gareth Leather, senior Asia economist at Capital Economics.