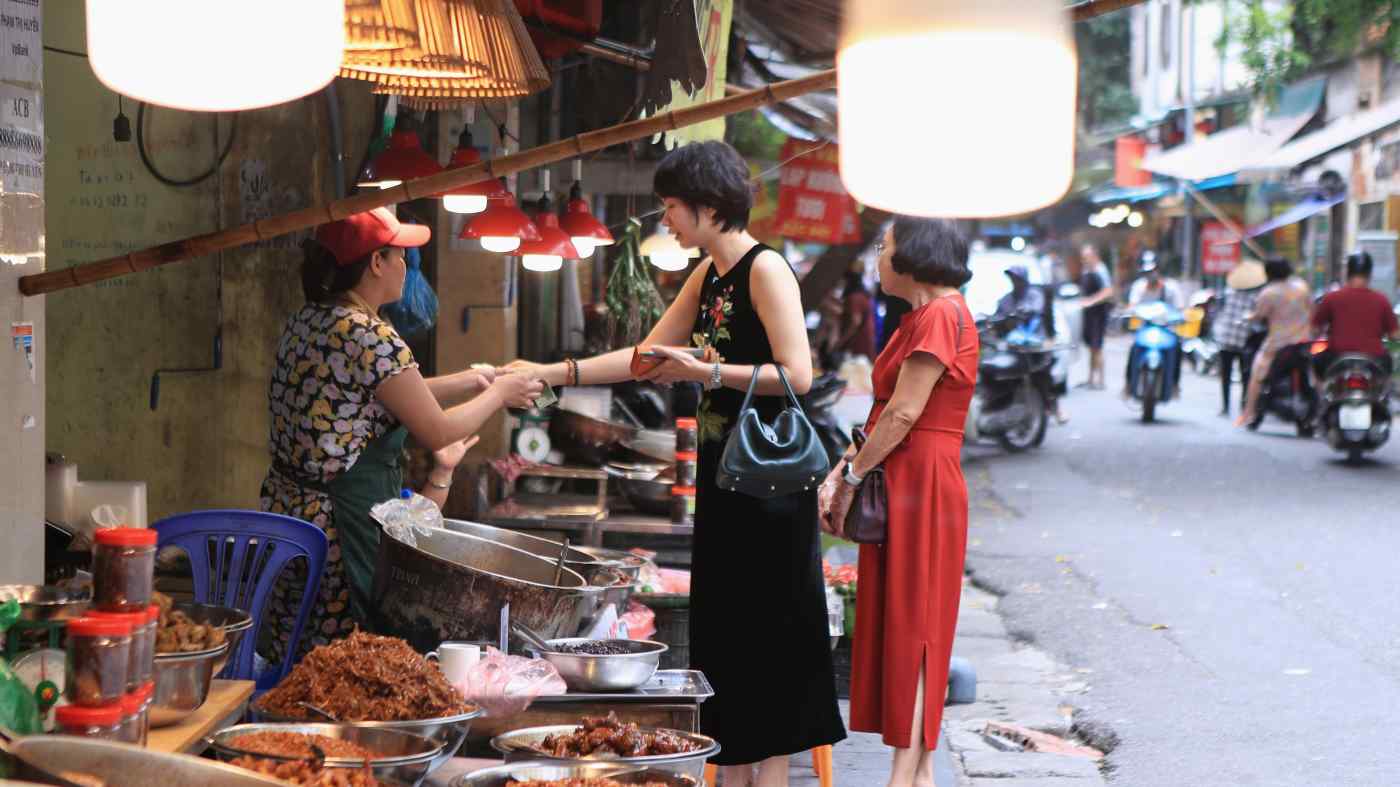 People shop for food in a market in Hanoi: Vietnam's economy is to grow faster than its Asia-Pacific peers this year, expanding by 7.2%, the World Bank said in its latest forecast.   © AP
FRANCESCA REGALADO, Nikkei staff writerSeptember 27, 2022 11:00 JSTUpdated on September 27, 2022 11:26 JST | East Asia
CopyCopied

BANGKOK -- The World Bank downgraded its annual growth forecast for the Asia-Pacific, a region buoyed by Vietnam but not by enough to offset China's slowing economy.

In its latest economic forecast published Tuesday, the bank sharply downgraded China's growth to 2.8% from 5% in April. That slowed the region's forecast expansion to 3.2% for this year, down from 5% growth projected in April. The report covers East Asia, Southeast Asia and the Pacific islands, but excludes Japan and the two Koreas.