Hanoi poised to miss 2020 goal of easing control of economy 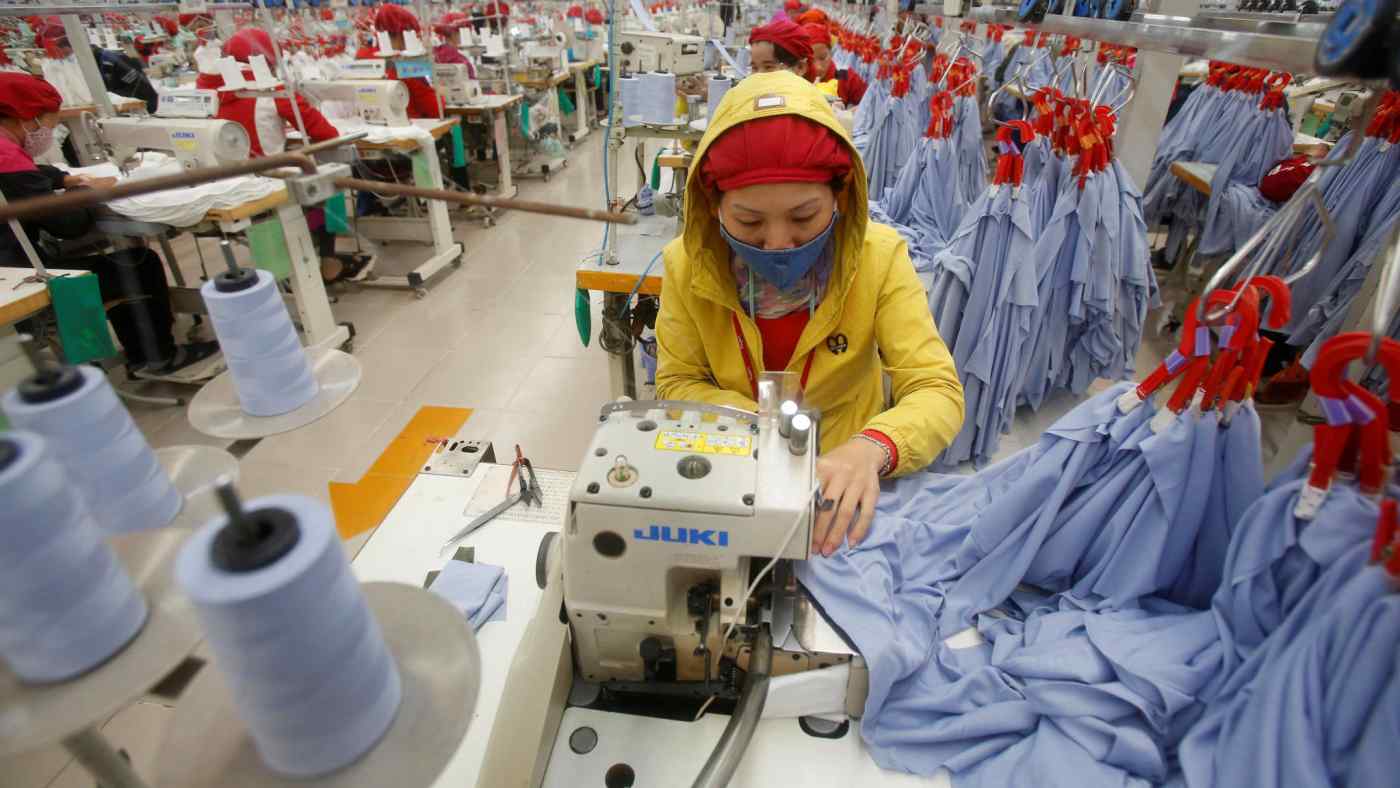 HO CHI MINH CITY -- Vietnam is on pace to miss a five-year target for cutting state ownership of its economy by 2020, as the effort to attract more foreign investment loses steam amid turbulent market conditions.

Prime Minister Nguyen Xuan Phuc on Jan. 1 reiterated his determination to meet the goal, one of Hanoi's pledges as a member of the 11-nation Trans-Pacific Partnership. Shrinking the role of state-owned enterprises to promote competition is crucial under Asia's newest multilateral trade deal, which took effect in late December.

2019 will be a year of "stronger commitments to restructuring public investment and state-owned enterprises, as well as credit institutions," Phuc also said.

But prospects for economic reform remain uncertain. Dang Quyet Tien, head of the Ministry of Finance's Corporate Finance Department, acknowledged in November that the pace was behind schedule "even though the government has ordered enterprises to speed up the process and threatened them with punishment."

Josephine Yei Pheck Joo, the CEO of SaigonBank Berjaya Securities, worries that the U.S.-China trade war will harm global market performance. Vietnam -- a major importer to the U.S., Europe and China -- would particularly suffer, with the sales of shares in state-owned enterprises further delayed due to reduced investor demand and lower offering prices.

Andy Ho, chief investment officer of VinaCapital, suggested that "continued legislative reforms that make the equitization of SOEs more efficient should enable the government to achieve its goals faster."

"These legislative reforms should also consider aligning the interests of various stakeholders to accelerate the pace," he said.

The 103 companies to be kept as 100% state-owned include Vietnam Electricity, PetroVietnam and Vietnam Railways. They are concentrated in 11 sectors that the communist state regards as the most sensitive areas of its economy, including defense and public security.

Hanoi's effort to open its economy to foreign investment has run into market headwinds. In September, Vietnam National Shipping Lines, or Vinalines, raised only $2.33 million from its initial public offering, far below the target of more than $200 million.

VTV Cable, one of the country's leading cable television companies, in April canceled its IPO after only one bidder registered for the auction. Many companies, such as Petrolimex and construction materials business Viglacera, delayed or canceled auctions of state-owned shares as few bidders stepped forward.

To participate in the TPP, Vietnam must improve the market environment to promote greater competition than required under the World Trade Organization, which the country joined in 2007.

State-owned companies account for about 29.4% of government enterprise tax revenue, which makes up more than 60% of the country's gross domestic product, according to 2017 data from the General Statistics Office. Private companies account for a 42.7% share of this tax revenue. SOEs employed 1.2 million people as of December 2017, or 8.3% of the total labor force in Vietnam.

Ho Chi Minh City -- Vietnam's biggest budget contributor by virtue of its stakes in SOEs based here -- asked the central government in October for permission to delay privatizations and divestments scheduled for 2018.

The city chairman proposed spreading the planned reform of 39 SOEs over the next two years -- 32 in 2019 and seven in 2020. Hanoi has asked for more time for consideration.

Ho Chi Minh City has openly argued that the local SOEs face difficulties meeting the strict regulations for privatization. These companies are required to return state-owned lands, which requires a major adjustment in assets before an IPO. Challenges also include the valuation of brands and intellectual property rights in order to secure strategic investors.

Some other state-owned enterprises have asked for delays by themselves, including third-ranked mobile carrier MobiFone and Vietnam Paper as well as the Ministry of Transport, which owns more than 80 such entities.

Yet the number of wholly-owned SOEs in Vietnam has plunged from around 12,000 in 1996. The fast-growing economy prompted many of these enterprises to list, divest or dissolve.

Around 800 of these enterprises have been privatized, and there were 152 listed SOEs on two local main stock exchanges and one secondary market in Hanoi and Ho Chi Minh City as of December.

Hanoi also has set targets to reduce its stakes at 406 state-owned enterprises that held IPOs in recent years.

The ratio of ownership reduction ranges from 2% to 98%, such as offering 10.04% of Vietnam Airports Corp., 24.86% of Petrolimex and 53.48% of Vietnam National Textile and Garment Group. Some 30 SOEs completed the divestment process in the past two years, completing about 10% of the target.

Apart from wholly owned state enterprises, Hanoi has partial ownership in 106 SOEs including PV Power and Vietnam Paper. The state ownership level ranges from 50% to nearly 65% at 27 more SOEs such as Vietnam National Chemical Group and MobiFone. State ownership tops 65% at four additional enterprises, such as Vietnam Bank for Agriculture and Rural Development and Vietnam National Coal and Mineral Industries Group.