With negative growth, annual target of 6.5% looks out of reach 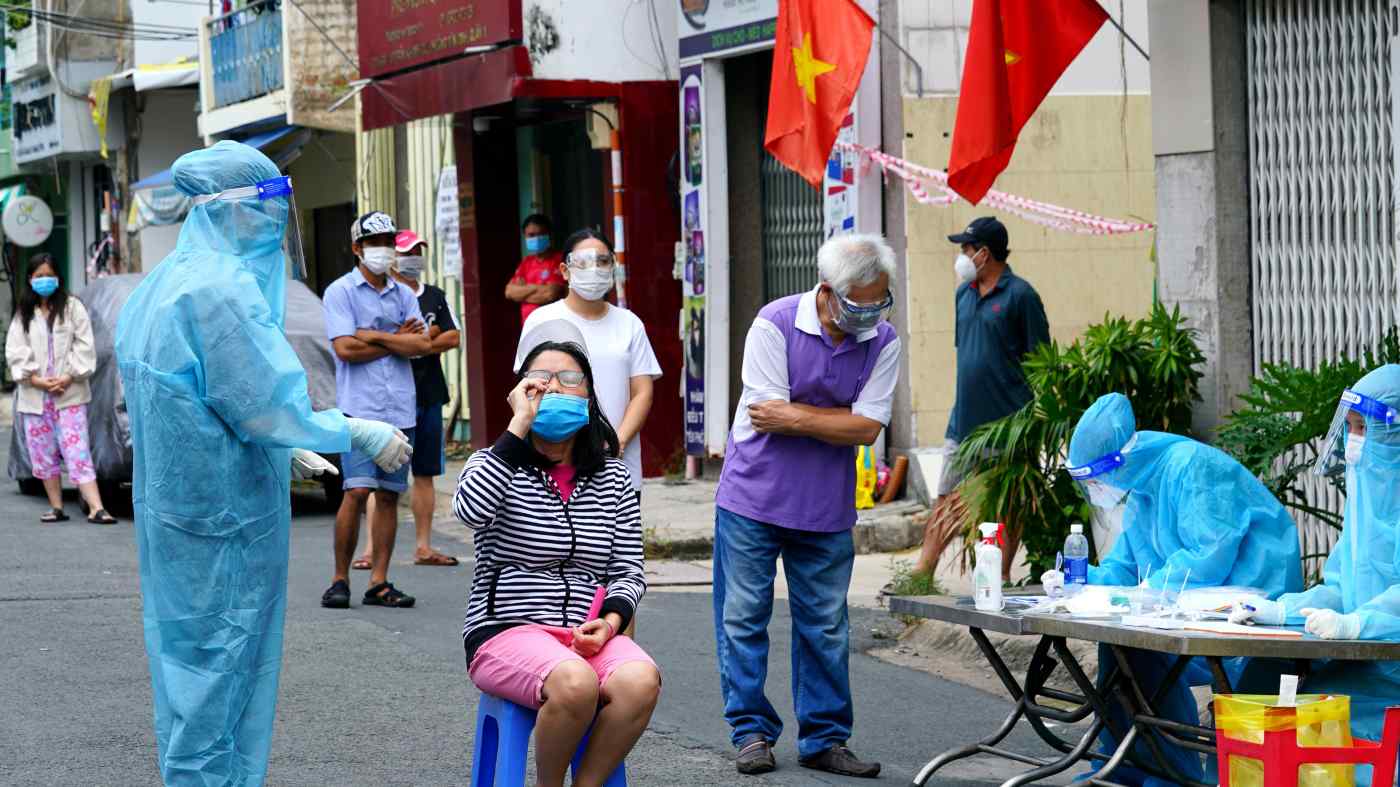 HANOI -- Vietnam's gross domestic product dropped 6.17% on the year for the July-September period, as stringent lockdowns in key areas including the economic engine of Ho Chi Minh City led to the first decline since 2000 on a quarterly basis.

The economy slid into negative territory during the third quarter after 6.57% growth in the previous three months, the country's General Statistics Office said Wednesday. Vietnam's economy grew 2.69% in the third quarter a year ago. The office revised downward the second-quarter figure from 6.61% on Wednesday.