Vietnam speeds up big projects to heal economy from pandemic

Newly approved $9bn resort had been waiting for approval for years

HANOI -- Vietnam has approved its biggest commercial project this year, as the government seeks to maintain a record pace of public and private investment since January to help the economy emerge from the coronavirus pandemic.

Prime Minister Nguyen Xuan Phuc signed off on a $9.3 billion tourist resort led by Vingroup, Vietnam's largest private conglomerate, during the past week. Foreign backers also will participate in the development, regarded as one of the largest investments in the country in recent years.

The project in the coastal Can Gio district 50 km south of Ho Chi Minh City is slated for completion in 2031.

Vingroup waited years for government approval as civil groups, local media and environmental activists warned of risks to a biosphere reserve described as a "green lung" protecting Ho Chi Minh City against air and water pollution. The reserve also shields the commercial capital from storms and other natural disasters coming from the sea, experts say.

The green light came as a surprise. When the Communist Party's Politburo last August approved a review of Vietnam's climate change policies, it stressed a need to improve environmental impact assessments and the approval process for economic development projects. Phuc had promised not "to trade the environment for economic growth."

But the pandemic has sunk Vietnam's tourism and exports, two key drivers of the economy. This has pushed the country to make faster decisions on large-scale projects.

Official estimates put Vietnam's exports for January to May at $99.36 billion, down 1.7% on the year. Sales of accommodations and catering services fell 25.8%, while travel-related revenue dropped 54.1%. The government is bracing for more challenges, including a slow recovery in overseas markets and a second wave of coronavirus infections.

While the International Monetary Fund has cut its economic growth projections for the country to 2.7% this year, Hanoi aims to achieve an expansion of more than 5%.

The Politburo in late May urged the government to use all domestic resources to maintain the pace of economic growth amid the pandemic. The directive sought an "immediate" start to "large-scale and important projects that have spillover effects on socioeconomic development of localities, regions and industries."

Vingroup's project is one of more than a dozen major investments given the green light by Hanoi in the first half of this year. Others include a $208 million highway in the Mekong Delta, a $52 million industrial park in Binh Phuoc Province and three golf courses in northern provinces worth a total of $130 million.

Eight component projects of the North-South Expressway, worth about $4.47 billion, were shifted from public-private partnerships to fully public investments in April.

Vingroup's project initially was announced in 2000, at a scale of 600 hectares, managed by Saigon Tourist unit Can Gio Tourist City. After acquiring a 97% stake in the unit during 2016, Vingroup proposed scaling up the project to 2,870 hectares and assigned its Vinhomes unit to participate in the development. 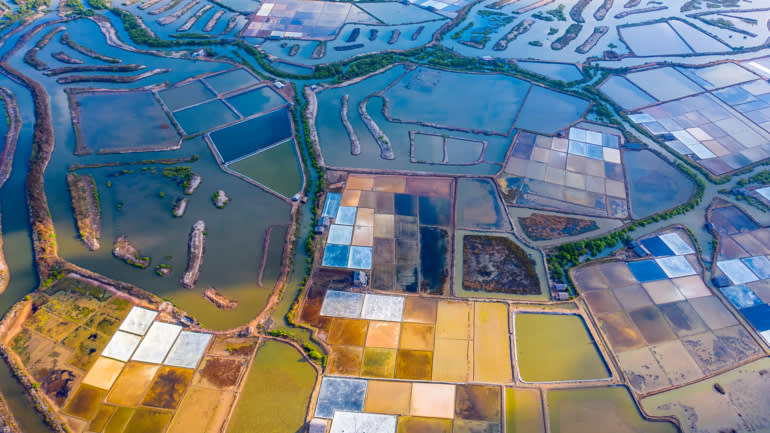 On Tuesday, days after the project gained approval, Vingroup said it received a $650 million investment from a consortium to sell a 6% stake of Vinhomes. The group is led by U.S. private equity company KKR and includes Singaporean state investor Temasek Holdings. The 2019 financial report for Vinhomes states that the company owned 99.9% of Can Gio Tourist City.

Environmental activists say the pandemic provides perfect cover for the approval. Experts note that extensive land reclamation will have profound environmental impacts stretching northward to Ho Chi Minh City as well as in the Mekong Delta. The reclamation work is estimated to need 138 million cu. meters of sand, enough to fill 36,600 Olympic-size swimming pools, suctioning from riverbeds in the Mekong Delta.

The project sparked local debates last year, and authorities promised to hold more discussions and carry out more studies before making a decision.