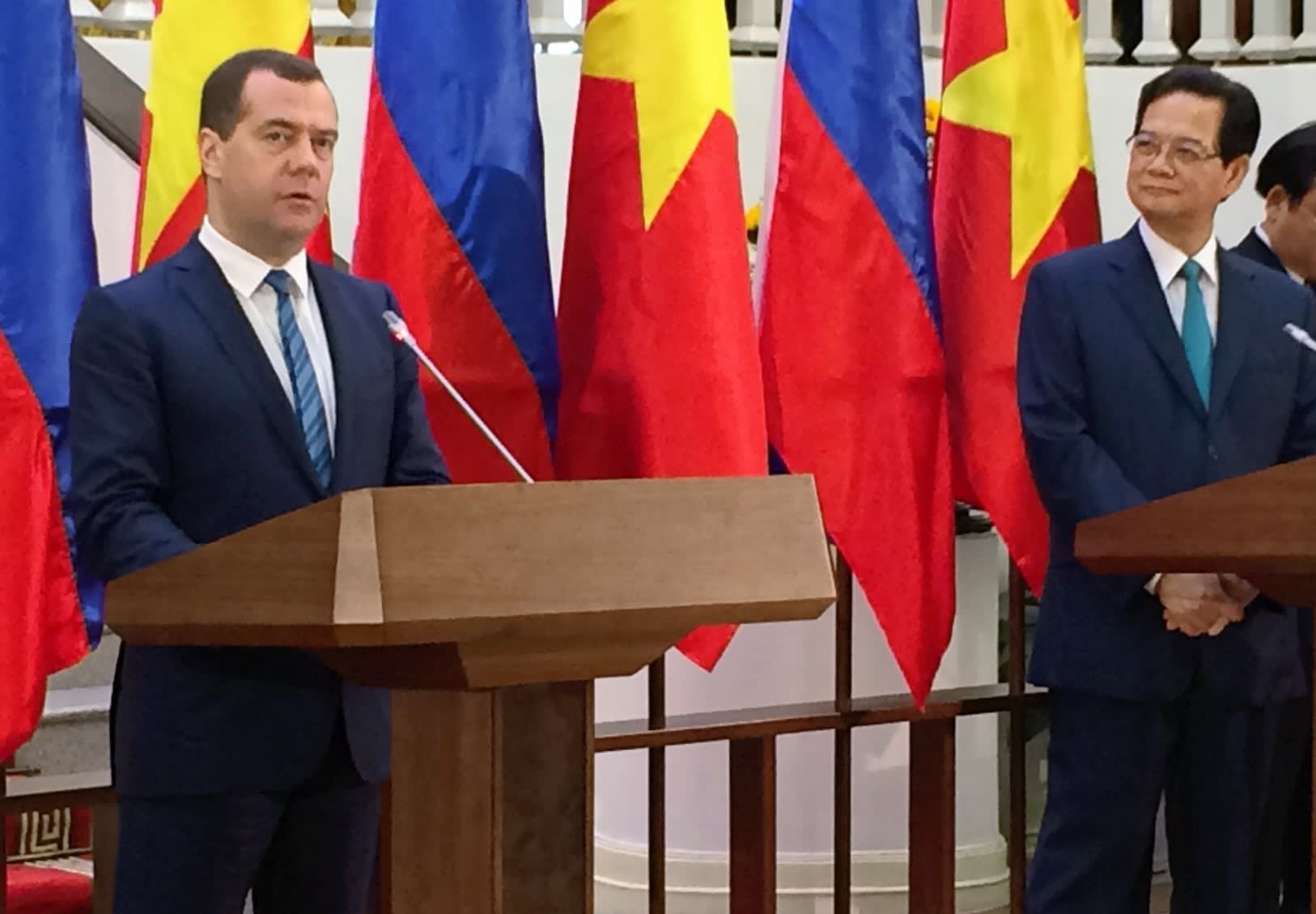 HANOI -- Vietnam and Russia have agreed to sign a free trade accord by June, a move that would nearly triple bilateral trade to $10 billion by 2020.

The trade agreement is seen as part of a diplomatic balancing act by Hanoi as it seeks to strengthen ties with Washington while paying due respect to Russia and China, with which the Southeast Asian nation has historical ties.

Communist Party General Secretary Nguyen Phu Trong will visit China on Tuesday. He is also expected to visit the U.S. in June or July to commemorate the 40th anniversary of the end of the Vietnam War.

Vietnamese diplomacy pivots on three countries. Russia is Vietnam's largest arms supplier, while the U.S. is its top export destination, while China is its largest supplier of imports.

In January, Russia launched the Eurasian Economic Union, a free trade bloc of such former Soviet states as Kazakhstan and Belarus. Moscow is apparently eager to draw Vietnam into the EEU to further ramp up relations.

Monday's agreement could help Russia -- now under Western sanctions over the Ukraine crisis -- play up ties with Vietnam to keep the U.S. in check as the Obama administration looks to Asia as a key region.

During his U.S. visit this summer, party chief Trong and American leaders are expected to take up such issues as the Trans-Pacific Partnership free trade talks and cooperation in the South China Sea. Bilateral relations could get a boost.

The U.S. partially lifted a nearly four-decade ban on exports of weaponry to Vietnam last October, allowing shipments of marine defense equipment. The move is apparently aimed at helping Hanoi restore the balance of military power amid the territorial dispute with the Chinese in the South China Sea. No arms have been shipped yet, but American-made weapons are expected to make their way into Vietnam in the not-too-distant future.

Russia, on the other hand, supplied North Vietnam with jet fighters and tanks during the war. More than 95% of Vietnam's arsenal is said to be Russian-made.

Modern-day Vietnam is a good customer as well, with Hanoi buying six Russian Kilo-class submarines last year. Closer military ties with the U.S. could pose a threat to Russia. The Vietnam-Russia trade pact appears designed to send the world a message that Hanoi's close ties to Moscow remain intact, ahead of Trong's U.S. trip.