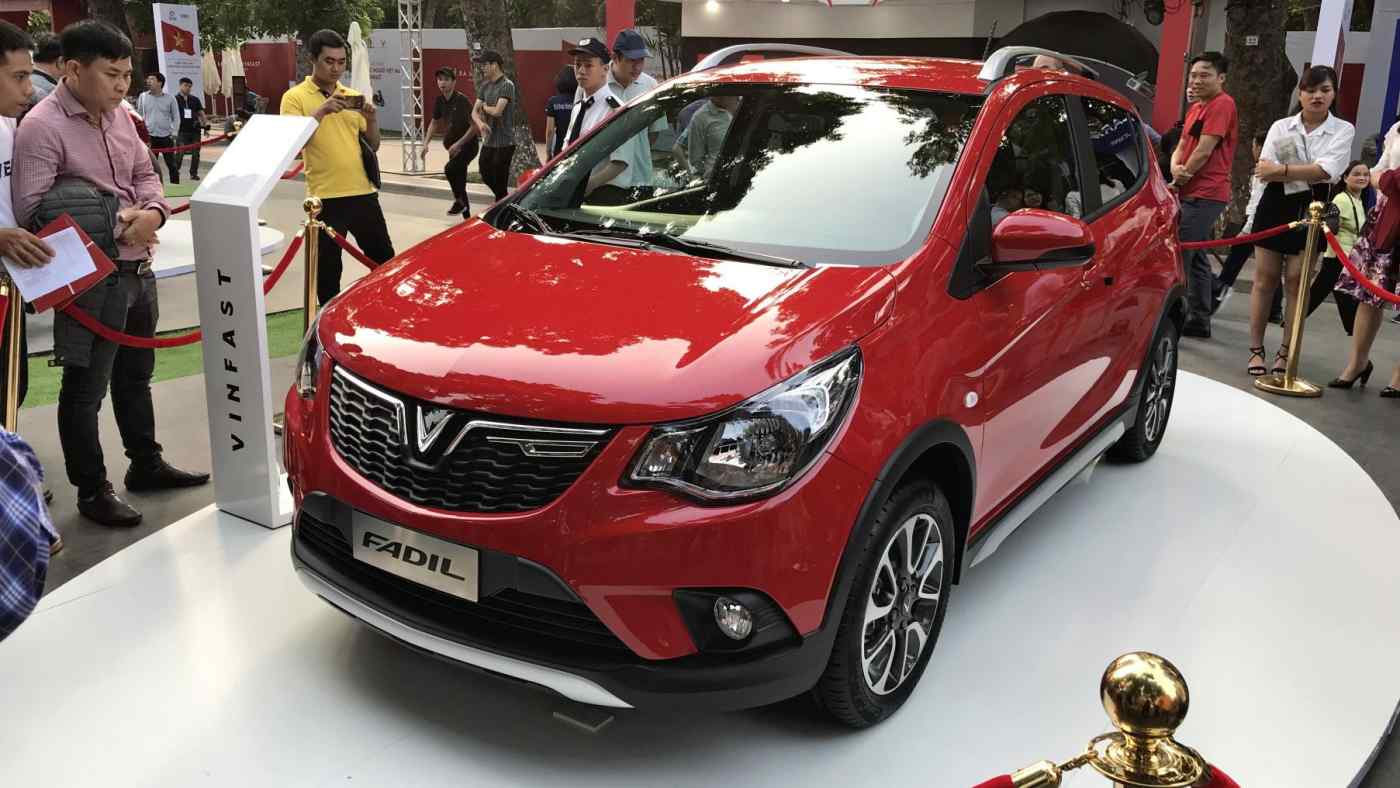 HANOI -- A year on from Vietnam's abrupt launch of regulations on car imports, foreign companies are still struggling to cope while hoping for a lucrative market that should eventually emerge.

Those rules, intended to nurture the domestic auto industry, have hit imports and led General Motors to abandon local production last year. But Vietnam is betting that its population of nearly 100 million and growing middle class present a market too alluring to be ignored.

The Vietnamese government plans to take new measures to expand domestic production. Foreign automakers are concerned that they might be put at a disadvantage against Vietnamese companies.

In January 2018, following an Association of Southeast Asian Nations trade liberalization agreement, Hanoi abolished its 30% tariff on imported cars from within the region, a move that was expected to open the country wide to the vehicles. But it followed up with a set of controls known as Decree 116, seeking to stave off a flood of imports it feared would stunt the growth of the domestic industry.

The decree imposed strict requirements for exporting to Vietnam that an executive at one Japan-based automaker described as "more finicky than any such measures in the world." These include having cars receive quality certification in the countries where they are made and inspecting each batch of imports.

The sudden requirements left unprepared automakers scrambling and forced them to halt exports to the market for a time. With support from parties including the government of Thailand, a chief exporter to Vietnam, the companies were eventually able to resume exports. But the country's vehicle imports for January-June nevertheless plummeted 80% year on year.

The controls clearly appeared aimed at encouraging companies to produce cars in Vietnam, but also posed a difficult choice for those with domestic manufacturing facilities by requiring them to have a test-driving course at least 800 meters long. An investment on that scale would pose great risk in a market whose 2018 new-car sales failed to break 300,000 units.

Toyota Motor, the local leader by sales, went along and spent the equivalent of millions of dollars last year to build a test course. But GM decided to exit local production, selling its facilities to a Vietnamese rival.

The confusion stemming from Decree 116 has rippled out to sales floors as well. At one Hanoi Honda Motor dealership in mid-January, customers could be heard to complain that prices had not dropped as much as they had hoped on a Thai-made CR-V sport utility vehicle from the repeal of regional tariffs. The SUV's fully remodeled 2018 version was selling for nearly 1.1 billion dong ($48,000), just 6% below what it cost in 2017.

The raft of inspections facing cars for export to Vietnam has increased costs for automakers, which have shifted some of the burden to prices. This trend, combined with tight supply, means "prices are not dropping much on the whole," said Toru Nakata at Fourin, a Japanese auto industry research firm.

Still, Hanoi remains bullish on its strategy. Despite the disruption from last year's import controls, the tailwind of a healthy domestic economy helped drive new car-sales up 5.8% on the year to about 290,000 in 2018 -- nearly triple the figure from five years earlier.

The government wants to lift the percentage of auto parts that manufacturers source locally, targeting 35% to 40% by 2020, up from around 10% at present. It is said to be considering preferential treatment through subsidies to companies that help reach its goals.

Foreign players are responding with caution. "We are running various simulations and will make a decision after seeing how the government acts," said Toru Kinoshita, president of Toyota Motor Vietnam.

Hanoi's goals are ambitious and remain far from becoming reality -- and moreover, some worry there is an ulterior motive. The policy could, for instance, be tied to real estate conglomerate Vingroup's push into the auto market. The company plans to release three models in June under the country's first homegrown brand, targeting an annual output of 500,000 vehicles by 2025.

Some in the industry wonder whether the government's measures are "ultimately aimed at supporting local players," in the words of a Japan-based automaker representative, in a manner akin to Beijing's preferential treatment for Chinese companies.