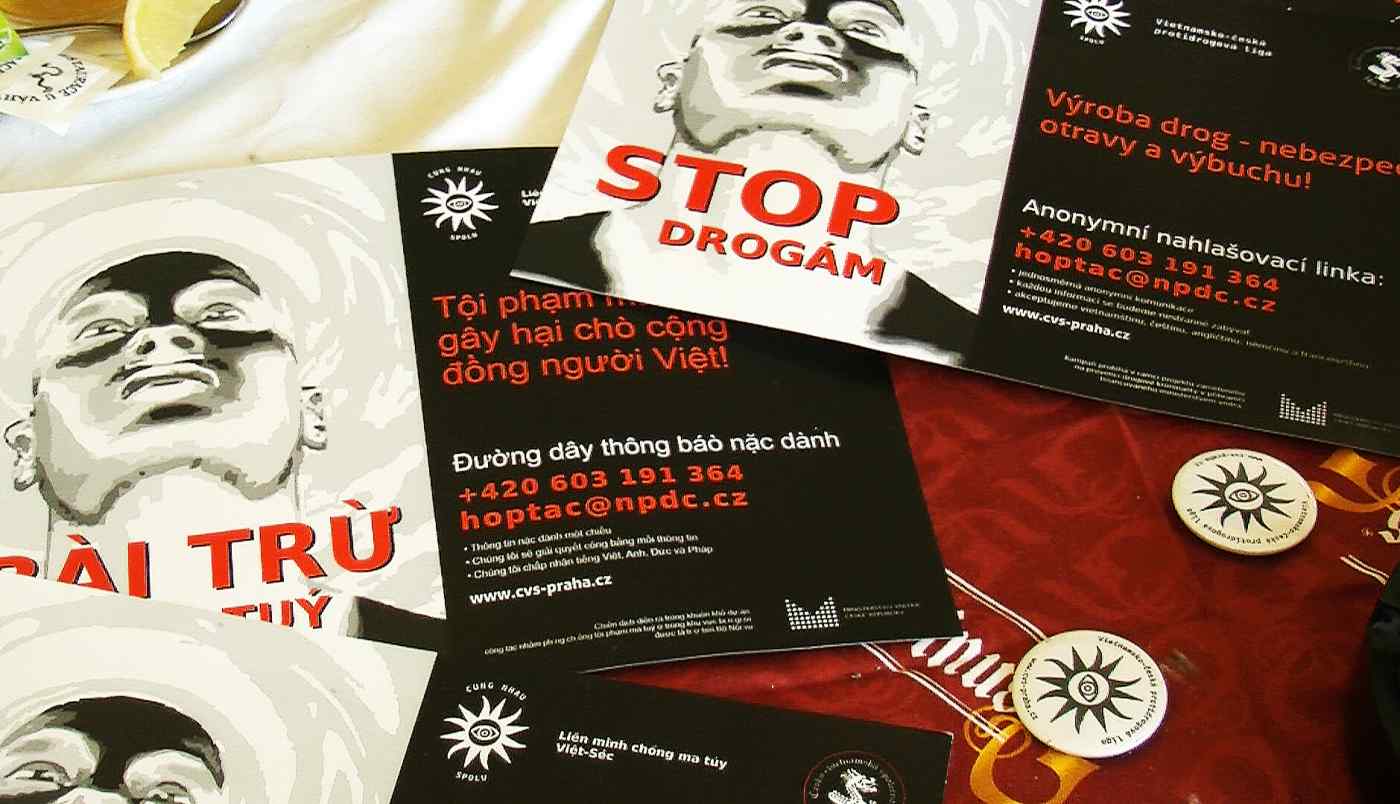 PRAGUE -- Far from the picturesque cobblestone streets of downtown Prague, 42-year-old Vietnam-born Nguyen Kim Thu is in the back corner of her family-run pizzeria in the southern outskirts of the city, hunched over a large slab of dough being prepared for the evening rush. The restaurant was originally opened to serve Czechs, who would take the 45-minute bus ride from central Prague to the sizeable but secluded Vietnamese enclave nicknamed "Little Hanoi." These days, most of her customers are other Vietnamese shop owners in the area.

Nguyen said that she and her family have been happy in Prague since relocating some 15 years ago, even though they feel disconnected from the local population. But this common immigrant problem has been exacerbated in recent years by an increasingly worrisome association between the Vietnamese community and illegal drug manufacturers in the Czech Republic, which has become known as the drug capital of central Europe.

"It happens especially in the supermarkets. We shop and I think they [Czechs] feel uneasy when we choose something," she said. "They don't say anything to us."

Nguyen's 16-year-old son, Tran The Tuah, who is in high school, said that he too has been the target of unwanted attention brought on by the increasing presence of Vietnamese drug gangs. "Sometimes [in school] they joke, and say something like, 'Hey man, can I have some weed?'"

The family restaurant is located on the site of a one-time slaughterhouse in a former industrial area known as Sapa Market. Sapa is one of the biggest Asian markets in Europe, covering 250,000 square meters -- a reflection of the large number of Vietnamese who began to settle in the Czech Republic towards the end of communist rule, which ended in 1989. Currently, there are just under 57,000 Vietnamese residents, the third largest Vietnamese population in Europe.

Unfortunately, in local eyes, the association of the Vietnamese community with crime and cartel gangs is unlikely to disappear anytime soon -- despite the fact that many Vietnamese are running legitimate businesses. According to the European Monitoring Center for Drugs and Drug Addiction, a European Union agency located in Lisbon, the Czech Republic now manufactures a majority of the continent's supply of methamphetamine.

The Czech National Drug Headquarters -- the equivalent of the U.S. Drug Enforcement Agency -- recently released data pointing to record production of 107,363kg of meth across 263 brewing houses in 2015, up from around 3,600kg in 2009.

The NDH estimates that Vietnamese organized crime groups are responsible for at least 60% of illicit drug output in the Czech Republic, including 80% of meth. Other drugs being produced include marijuana and smaller amounts of opiates, including heroin.

"Methamphetamine has a long history here. It is a traditional synthetic drug with roots deeply in the communist era, but the situation in that era cannot be compared at all with the situation now, with the capacities available for Vietnamese gangs," Tomas Kubik, deputy director of the NDH criminal police and investigation services department, told the Nikkei Asian Review.

"They have also become the largest producers and ... exporters of indoor cultivated cannabis in our country. They dominate the market," he said, adding that about two-thirds of all production is bound for surrounding countries.

"The Vietnamese are the main reason that the Czech Republic became the main source for marijuana for neighboring countries like Germany and Austria," Kubik added. Czech production of meth typically has a high level of purity, and has been found in countries as distant as the United States and Australia.

Criminal groups from Vietnam operating in the Czech Republic are also said to have an increasingly significant role in other forms of illicit activity, including tax evasion and forgeries amounting to billions of dollars, according to a confidential report issued last month by the Czech interior ministry.

"Vietnamese groups dominate criminal gangs from Asia in the Czech Republic. They are very stable and have power centers which are led by well-known authorities," state-run newswire Ceska Tiskova Kancelar said, citing the report. 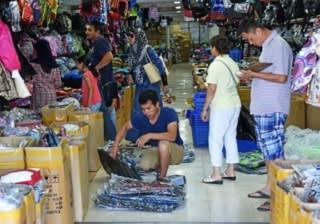 Vietnamese shop owners unpack and sort clothing for their shop at the Sapa Market in Prague. (Photo by Philip Heijmans)

The Vietnamese became the largest ethnic minority population in the country, and many went on to run wholesale and retail shops.

"Early in the new millennium, a number of them moved from‎ illegal trade of fake brand colognes and shoes to a new area of the black market with cigarettes and tobacco, and at the same time with cannabis," said national anti-drug coordinator Jindrich Voboril.

"My hypothesis is that the same network logically moved to produce other drugs -- [notably] methamphetamine. This drug is now very fashionable in the whole of Asia and is spreading across the whole world," he said.

The rise of Vietnamese gangs in the Czech Republic coincides with growing interest in the region from China, which in 2012 established the so-called 16+1 framework, linking China and 16 former Soviet bloc countries in an attempt to strengthen relations between Beijing and central and eastern Europe.

In 2015, Chinese businesses invested $23 billion in Europe, according to a report by Baker & McKenzie, a law firm, and Rhodium Group, a consultancy, and in March 2016 President Xi Jinping became the first Chinese head of state to visit the Czech Republic, promoting Beijing's Silk Road plans for a new Eurasian Land bridge connecting China and Europe. China reportedly promised the Czech government up to $12.35 billion in investment by 2020, including $3.93 billion in 2016.

With economic activity in the region on the rise, demand for illegal drugs has accelerated. In its 2016 EU Drug Markets Report, the EMCDDA noted that Vietnamese organized crime groups have been able to build a distribution network across Europe.

"As well [as] playing a prominent role in the production and distribution of methamphetamine in the Czech Republic, [Vietnamese crime gangs] are involved in the trafficking and distribution of methamphetamine in several [European Union] member states as well as a range of other criminal activities, including cannabis production, the facilitation of illegal immigration and human trafficking."

In an effort to combat the increasingly negative perception of the Vietnamese diaspora, local Vietnamese associations in conjunction with the Czech government in 2013 launched a "STOP DRUGS" campaign, which sought to make the community more proactive in the fight against traffickers by creating an outlet for reports of illicit activity.

Despite this, the image of the Vietnamese community among the local population has not improved, while news reporting on the topic has further enflamed the situation, said Marcel Winters, head of the Czech-Vietnamese Society.

"The issue of drugs only has to do with a few dozen Vietnamese criminals," he said. "The vast majority of Vietnamese here are living and working or studying, and are law abiding. They have nothing in common with the production of or trafficking of drugs, and in fact condemn it."