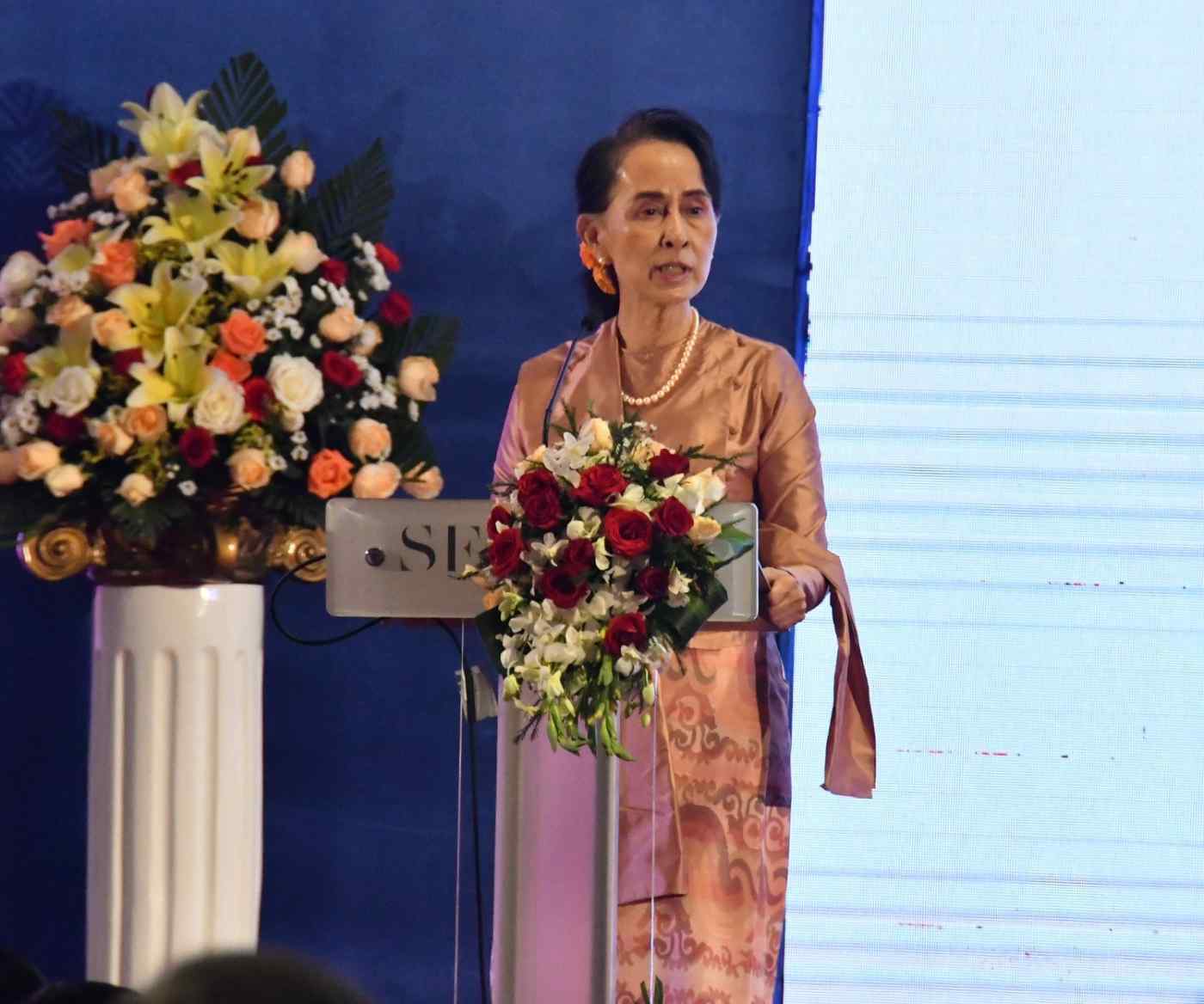 YANGON -- The slow pace of water infrastructure development in the Asia-Pacific region that has failed to keep up with urbanization is among the issues national representatives are expected to discuss at a summit here.

"Our water demand in rural areas has also increased due to the expansion of cultivation and other rural-based activities," she continued, adding that "new water demand for special economic zones and industrial estates have pressured water resources."

This year's gathering marks the third water summit, following those held in the Japanese city of Beppu, Oita Prefecture, and Chiang Mai in northern Thailand.

About 80% of drainage in the region flows into rivers or oceans without being properly treated, according to estimates. Securing drinking water is another critical issue, and climate change has made flood control measures all the more pressing.

The Asia-Pacific region's "water demand is projected to increase by about 55%" by 2050, "due to the growing needs for domestic water, manufacturing and thermal electricity generation," according to the Asian Development Bank's 2016 outlook. Securing that water will require comprehensive management, from the intake stage to drainage treatment.

Myanmar has suffered badly from flooding, notably from 2008's Cyclone Nargis, which claimed about 140,000 lives. As the summit's host, it "represents the many countries who face water-related challenges in the region," Ravi Narayanan, chair of the Asia-Pacific Water Forum's governing council, told the Nikkei Asian Review.

Concern over water and sanitation problems is building throughout Asia. In November, Chinese President Xi Jinping called for advancing the "toilet revolution," a hygienic overhaul of public restrooms, throughout the nation, including rural areas. Indian Prime Minister Narendra Modi's government also views providing full access to toilets as crucial. Ensuring "access to water and sanitation for all" by 2030 is one of the United Nations' sustainable development goals.

The global water-business market, which includes demand for industrial water as well as building facilities for tap water or sewage, is around $700 billion, according to Japan's Ministry of Economy, Trade and Industry. The Asia-Pacific region makes up about 36% of that market. But private businesses are reluctant to take part in ventures with little promise for revenue from fees, such as building sewage systems, so lining up funding remains a challenge.