We may be sleepwalking into another financial crisis

Time to shine some light on side effects of easy money 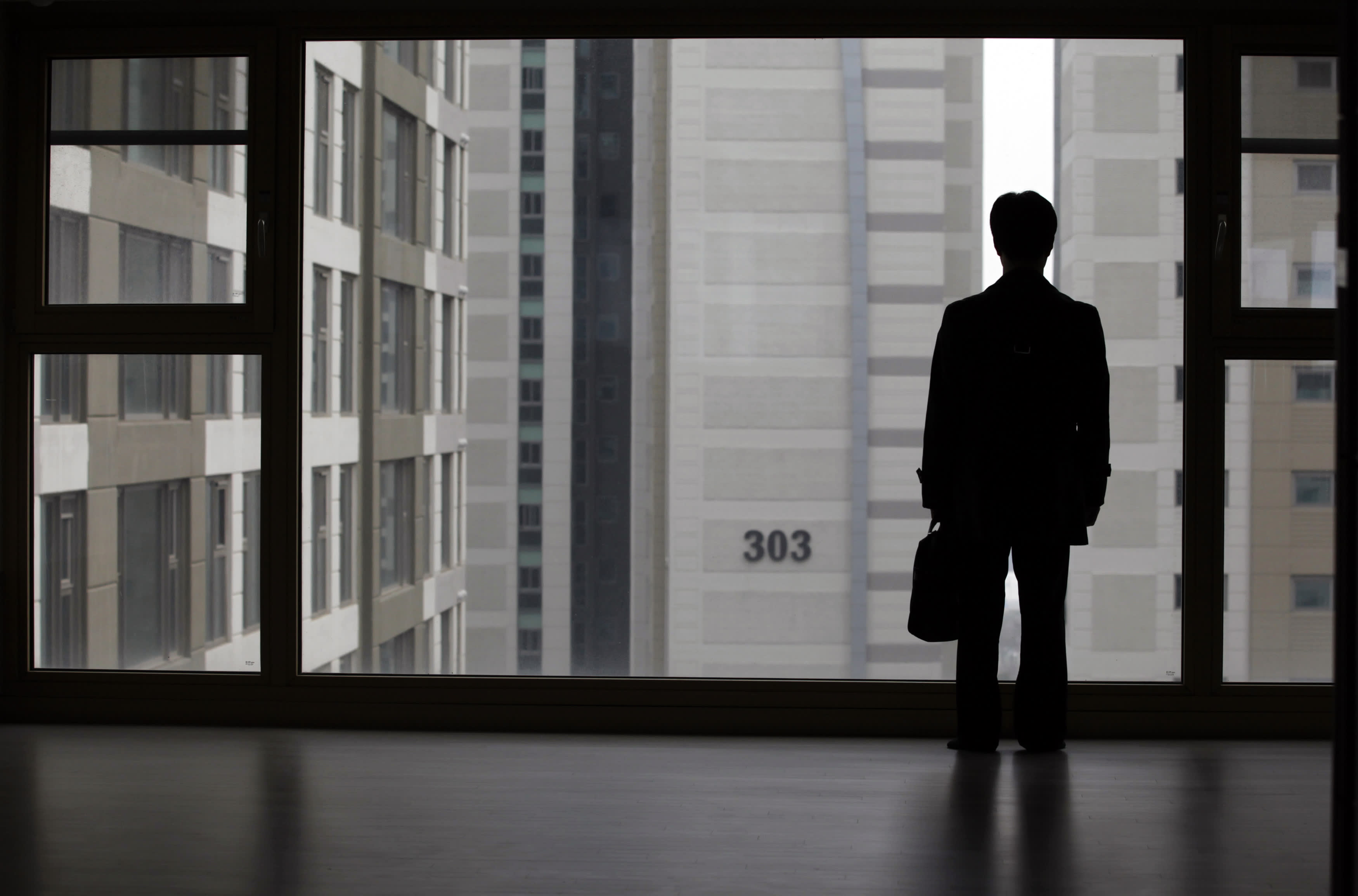 A man looks out through the window from his apartment in Goyang, north of Seoul.   © Reuters
MAKOTO KAJIWARA, Nikkei commentatorOctober 16, 2017 08:00 JST | South Korea
CopyCopied

TOKYO -- Indonesian conglomerate Santini Group has an important unwritten rule rooted in its experiences during the Asian currency crisis of 1997: No borrowing money.

Luki Wanandi, who later took the reins from his founder father in 1999, was an executive at a group subsidiary. He still clearly recalls how plunging values of regional currencies created a nightmare scenario.

A wave of bankruptcies caused mass unemployment, and people started "looting and lining up at the banks," he said.

Santini, which had been more conservative with its finances, managed to survive. But the group sought even greater discipline following the crisis. It reduced subsidiaries from 60 or so to 40 and downsized from 15,000 employees to 10,000. Two decades later, Santini still limits investment to what it can fund with cash on hand instead of loans.

"If you have a healthy balance sheet," even a hard landing by the Chinese economy "doesn't matter," Wanandi said. Cautious business leaders like him could help Indonesia avert a similar crisis. A current-account deficit that once topped 3% of gross domestic product narrowed to less than 2% in 2016. Indonesian debt received investment-grade ratings from all three major credit-rating agencies this year.

A financial crisis happens "when people think they've solved all the financial problems," British historian Niall Ferguson has argued. The lead-up to the 2008 global financial crash exemplifies this.

As more high-risk borrowers were approved for mortgages in the U.S., defaults on the so-called subprime loans also spiked. Trading of subprime derivatives faltered -- and in August 2007, French banking giant BNP Paribas was found to be in serious financial trouble over its investment in such assets. As the potentially catastrophic risk shook the markets around the globe, central banks scrambled to pump cash into the banking system and lowered interest rates to calm the fears.

But the efforts ultimately worsened the problem. The financial sector, now confident that the worst was over and that the authorities would bail it out if necessary, took on bigger risks. The Dow Jones Industrial Average hit a new record of 14,164 that October even as more financial institutions disclosed losses.

The bigger the bubble, the harder it pops. Bear Stearns suffered a liquidity crunch in March 2008, and Lehman Brothers collapsed that September. With the crisis rippling across the world, the Dow had plunged to just 6,547 by March 2009. The situation highlighted how easily people lose a sense of fear and how dire the consequences can be.

Yet despite the still-fresh memories of the ensuing global financial crisis, a worrying new trend has emerged. According to acclaimed economists Carmen Reinhart and Kenneth Rogoff, it took major economies an average of 10 years to recover from the Great Depression, triggered by the 1929 stock market crash. Market players around the world have taken this to mean that the global economy has finally overcome the scars of the 2008 crisis a decade on and is about to embark on a solid growth path.

But major financial crises have erupted at least once every 10 years. Black Monday in 1987 was followed by the Asian currency crisis in 1997. The subprime crisis arrived a decade later, repeating the cycle of bubble and bust followed by emergency monetary easing that creates a new bubble.

We are once again caught in this cycle as excess liquidity created by easy money since 2008 has sent asset prices sharply higher across markets. A case in point is the roughly $1.8 million sale this summer of a bag used in the Apollo 11 lunar mission. A warning by renowned American investor Howard Marks that the bullish run in the stock and bond markets feels like "we're in the eighth inning" also drew attention around the world this summer.

The global economic outlook has been brightening, particularly in developed countries. But this also means that the monetary easing that has propped up the global economy since the 2008 crisis is now coming to an end in the U.S. and Europe. Unless we examine the distortions resulting from easy-money policies and address the issues now, we will end up facing another crisis in the 10-year cycle shortly. Take South Korea, where a combination of low interest rates and government efforts to boost the real estate market has caused a surge in debt-fueled property purchases by individuals. Total household debt has doubled to 1.4 quadrillion won ($1.23 trillion), even while the overall global focus since the financial crisis has been to reduce borrowing.

An American interest rate hike could pull funds away from South Korea, causing rates there to rise. This would make it harder for South Korean households to pay back loans and force them to curb consumption instead. Market players seem to have begun weighing these risks, and foreign investors turned net sellers of South Korean bonds in August. They unloaded more than 2 trillion won worth in September, with their net selling reaching 3 trillion won in just two days from Sept. 26.

Truly leaving 2008 behind also entails removing various emergency measures. This, in turn, will expose a number of anomalies that have been masked by these extraordinary steps. Unless these issues are resolved, we will continue to face financial crises. We have yet to see what kind of ugly truths will emerge once the unprecedented tide of monetary easing recedes.