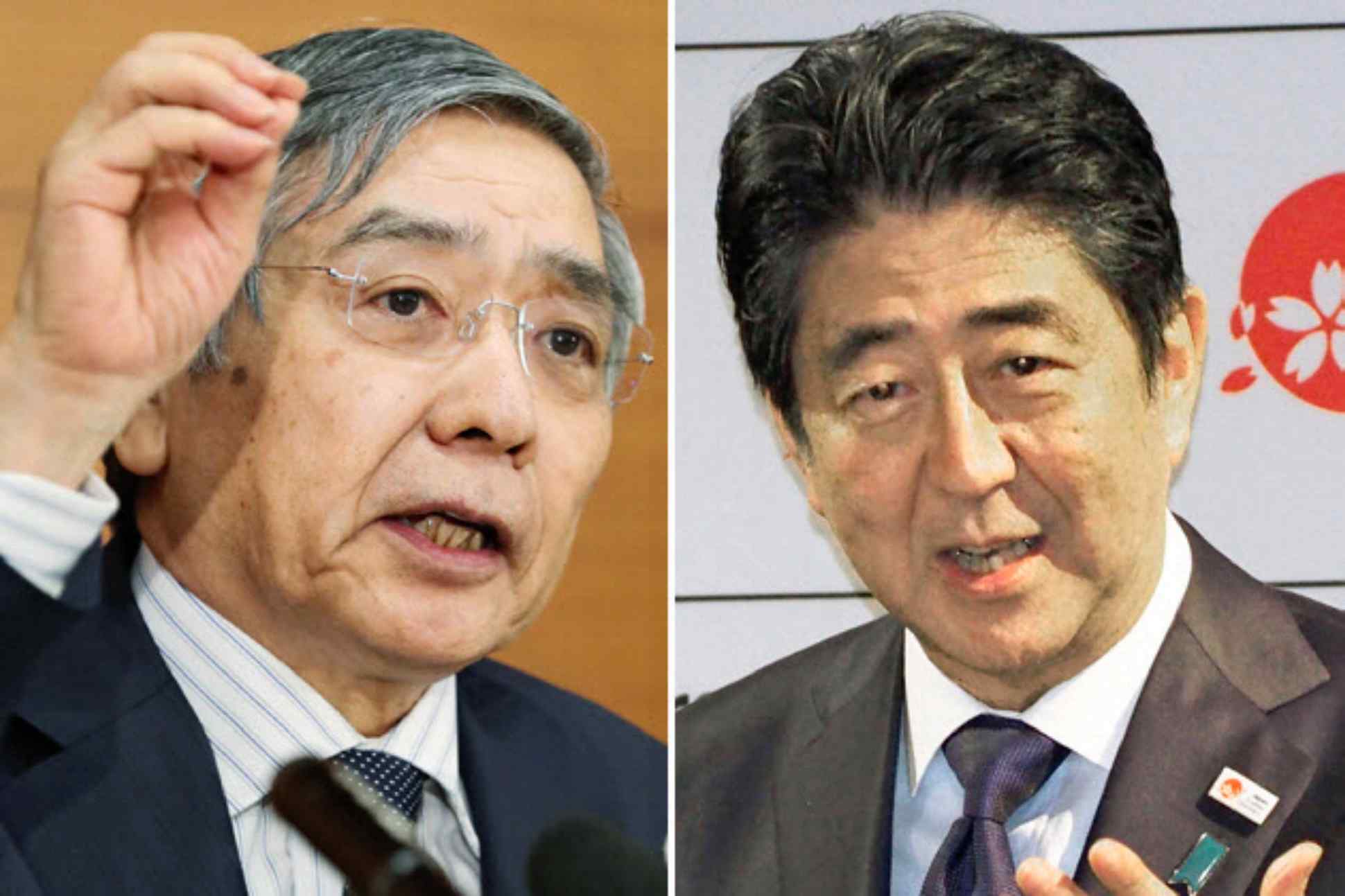 Prime minister claims to have spurred economic recovery, but results are meager

TOKYO -- When Prime Minister Shinzo Abe called a snap election late last month, he faced a fractured opposition posing little threat. But charismatic Tokyo Gov. Yuriko Koike bursting onto the scene has changed things dramatically in the run up to the Oct. 22 poll.

More than anything else, Abe will need to convince voters that the economy is in good hands.

His signature Abenomics policy -- consisting of aggressive monetary easing, flexible fiscal policy and structural reforms -- was launched amid much fanfare when he took office in December 2012. But what exactly has he achieved in five years?

The prime minister argues that his policies have contributed greatly to Japan's economic recovery.

There is no hiding the fact that the economy was in a precarious state before he took office after three consecutive quarters of negative growth from late 2010 to mid-2011. The massive earthquake that hit northeast Japan had also dealt a severe blow to the economy and put the then-ruling Democratic Party of Japan into an extremely difficult position. Since Abe took office, the economy has registered steady but unremarkable growth, barring a dip following the consumption tax hike in April 2014. The latest figures reveal that real gross domestic product grew by an annualized 2.5% in between April and June 2017. Government officials have claimed that the current recovery has gone on longer than the so-called Izanagi boom of 1965-1970. Unemployment rate is also at a 23-year low.

However, the average annual growth rate stands at around a meager 1%, and with wages stagnating, some observers note the public has benefited little from the recovery. Hiroshi Yoshikawa, professor of economics at Rissho University, has even commented that "the economy had already started expanding when the second Abe administration kicked off," and that the recovery is "not the result of Abenomics."

Market players, however, will not be complaining. The stock market has soared under Abe; The Nikkei 225 index stood at 10,395.10 yen when he took office, but is now nearly twice that, ending September's trading at 20,356.20 yen. This can, in part, be put down to the first arrow of Abenomics. Under a policy accord with the Abe administration, the Bank of Japan embarked on an aggressive monetary easing program from April 2013, making riskier assets -- like company shares -- more attractive. The BOJ also purchased stocks through exchange traded funds to prop up the market. The BOJ has changed its policy several times since, boosting its easing and the stock market in the process.

Another effect of monetary easing has been the fall in value of the yen. Before the policy, persistent deflation coupled with the yen's status as a haven currency in times of market stress had pushed the yen higher against the dollar. In October 2011, the yen was at its strongest against the greenback, hitting 75.32 yen at one point. The central bank's policy changed all that. Keeping interest rates at record lows made the yen unattractive to investors and the currency weakened to around 124 yen to the dollar in 2015.

A weaker yen was a boon for export-driven companies, allowing them to sell more abroad. It has also meant that corporate earnings at the likes of Toyota Motor have been given a lift they cashed in on business outside of Japan. Profits at all listed companies in the country, excluding financials, were at record highs in the year ended March 2017 -- the second time in as many years.

Despite the economic recovery, higher stock prices and weaker yen, Abenomics has so far failed to achieve its most important goal of ending deflation once and for all.

Japan has been fighting deflation -- a state where the prices of goods and services continuously fall -- for over a decade. Abe set a target of 2% inflation and the BOJ's monetary policy, along with the government's fiscal expansion, was supposed achieve it. There was a period when the goal almost seemed to come tantalizingly within reach. For a few months after the April 2014 consumption tax hike, the consumer price index -- excluding volatile fresh food prices and the effects of the tax hike -- rose more than 1%, as retailers engaged in opportunistic price hikes.

But the momentum soon petered out. Helped along by a sharp drop in oil prices, the inflation rate soon swung back into negative territory. It has picked up in recent months, with the CPI excluding fresh food up 0.7% in August, but it remains far short of the 2% goal.

Abe has also failed to balance the country's books. National and local government debt now totals over 1 quadrillion yen ($8.87 trillion), while the government's gross-debt-to-GDP ratio stands at nearly 240%, a figure among the highest in the world.

As part of the 2012 tax and social security reform package, 1 trillion yen from the annual 5 trillion yen of additional revenues from the consumption tax hike -- from 8% to 10% in October 2019 -- was supposed to be allocated for the social safety net.

The remainder was earmarked for fiscal consolidation, including paying down debt. Abe now plans to use a portion of the latter funds to pay for his election pledge on early childhood education, kicking the fiscal consolidation can further down the road. While this has concerned many observers, ratings agency Moody's has played down the problem.

According to a report by Faraz Syed, an economist at Moody's Analytics, "Japan also has a large stock of assets, and corporate savings have risen. Thus Japan's net debt position of around 127% of GDP is lower. If we exclude the debt held by the Bank of Japan, the government's total net debt level of around 70% to 80% is even lower. This will limit the fiscal risk from increasing stimulus."