What pushed the BOJ into introducing negative interest rates 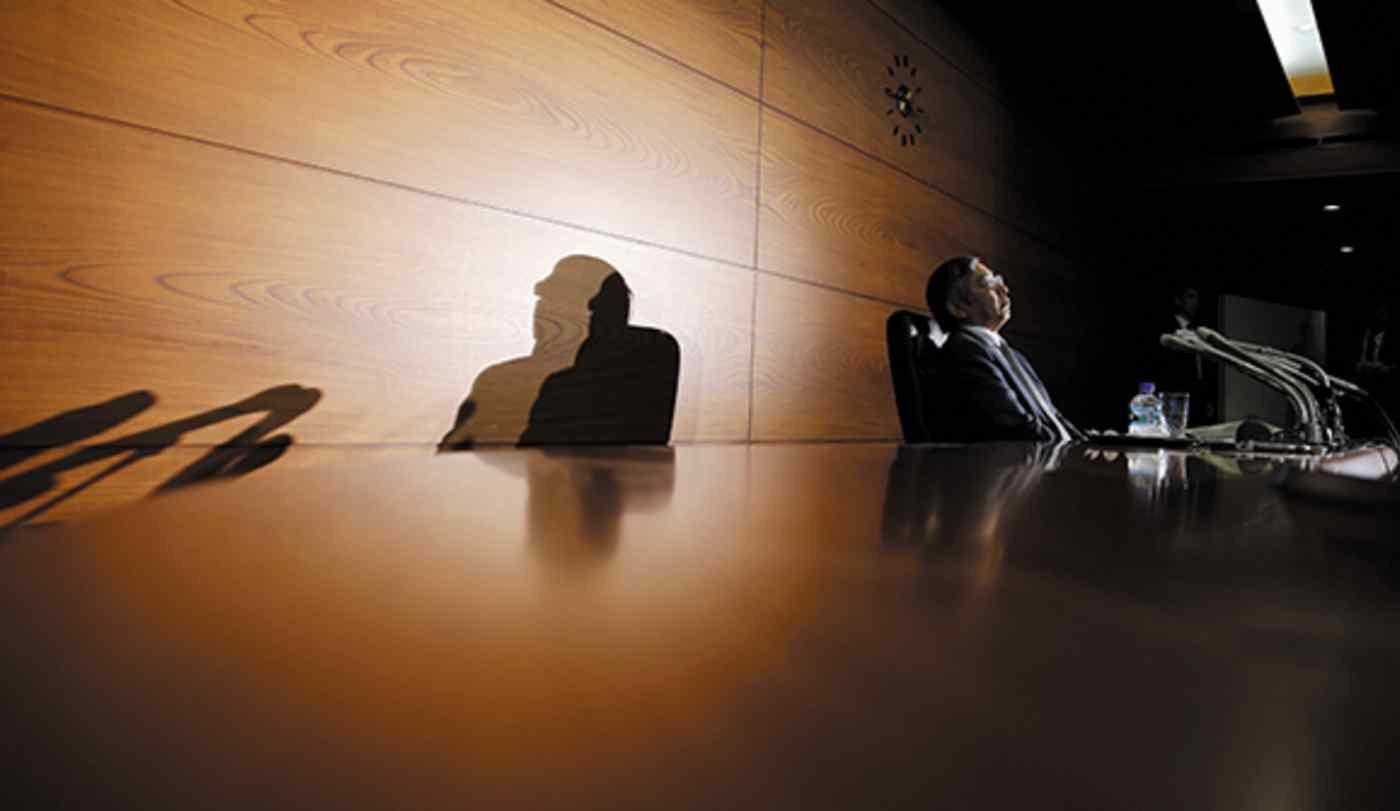 At 12:20 p.m. on Jan. 29 in Tokyo, a Nikkei headline set trading floors abuzz, throwing financial markets into chaos: "Bank of Japan discusses introducing negative interest rate." The news was totally unexpected. It instantly triggered a surge in Japanese shares and a plunge in the value of the yen as investors digested the implications.

Minutes later, the Japanese central bank confirmed the news. Some traders were skeptical about the effectiveness of the move but global markets gave it a clear thumbs-up. Yoichi Takita, Nikkei senior staff writer, analyzes what was behind the BOJ's decision, while other Nikkei writers assess the ramifications of the departure of a key cabinet minister.

Market volatility since the start of the year prompted these additional steps from the BOJ. Plunging crude oil prices -- they briefly fell below $30 a barrel -- forced the bank to revise its price outlook. The bank also had to push back further the time frame for achieving its 2% inflation target from the second half of fiscal 2016. The falling crude prices could act as a damper on Japan's upcoming spring wage negotiations, which BOJ executives consider key to achieving the inflation target.

Stock prices and exchange rates also suggested a storm was coming. The yen was strengthening as risk-averse investors around the world sought refuge in the Japanese currency. Osamu Takashima, chief FX strategist at Citigroup Global Markets Japan, says the yen would have risen to 105 yen against the dollar if the BOJ had not acted.

Takashima argues that a) the yen's decline halted at the 125 level after Kuroda said last June that the currency was unlikely to soften further; b) historically the yen fluctuated in a 20-yen band at the narrowest when the foreign exchange trend changed; c) that means the yen could have risen to the 105 level if the BOJ had taken no action.

According to the BOJ's quarterly Tankan survey of business sentiment, major companies and manufacturers used an exchange rate of 118 yen to the dollar in their earnings projections. If the yen rises above 115, exporters' earnings will worsen. The stronger yen also makes imported goods cheaper, adding to deflationary pressure. So the BOJ introduced a negative interest rate to make the yen a costly currency to possess. The ECB has already adopted a negative rate. If the BOJ loses a competition over lower interest rates, the yen would become the only major currency with upward pressure against the dollar. This happened during the tenure of Kuroda's predecessor, Masaaki Shirakawa.

Kuroda must have thought he needed a negative interest rate as his weapon. This is understandable considering his career -- he was vice minister of finance for international affairs, presiding over interventions in currency markets.

Another aim of the negative interest rate is to raise expectations for policy coordination between central banks.

Draghi suggested the possibility of further monetary easing at a news conference after a board meeting on Jan. 21. He cited as concerns "heightened uncertainty about emerging-market economies' growth prospects, volatility in financial and commodity markets and geopolitical risks."

The U.S. Federal Open Market Committee also said in a Jan. 27 statement that it is closely monitoring global economic and financial developments. Kuroda followed these lines and showed that the BOJ is preparing itself to deal with these global risks.

One domestic factor should not be overlooked. Economic and Fiscal Policy Minister Akira Amari stepped down over corruption allegations. Members of the cabinet have been divided over whether to focus on economic growth or fiscal discipline. Amari was a champion of the pro-growth camp and supported Prime Minister Shinzo Abe.

Amari's successor, Nobuteru Ishihara, is closer to the pro-discipline camp. The resignation of Amari is a huge blow to Abe, for whom economic expansion is the top item on the agenda. Now that the outlook of the Japanese economy is becoming uncertain, hopes are growing for BOJ actions.

Kuroda is in favor of fiscal discipline. When the BOJ implemented additional easing measures in October 2014, one of the objectives was to support the economy in the wake of an increase in consumption tax six months earlier. The latest move is apparently intended to help Japan end deflation and make the country ready for a second tax rise, scheduled for next year.

In addition, he says the negative interest rate will lower the short end of the yield curve. The policy is expected to keep the yield on government bonds low and curb its financing costs.

Kuroda is making clear that he won't hesitate to lower the interest rate further into negative territory if necessary. The problem is how low it will go, while the 2% inflation goal becomes ever more elusive. Financial markets will hold their breath and wait for his next move.