Tokyo has key agreements with EU, ASEAN in sight TOKYO -- Japan is enlarging its network of free trade partners both through huge bilateral deals and multilateral groups like the Trans-Pacific Partnership, an approach that contrasts with America's pursuit of two-way ties targeting "unfair" relationships under President Donald Trump. 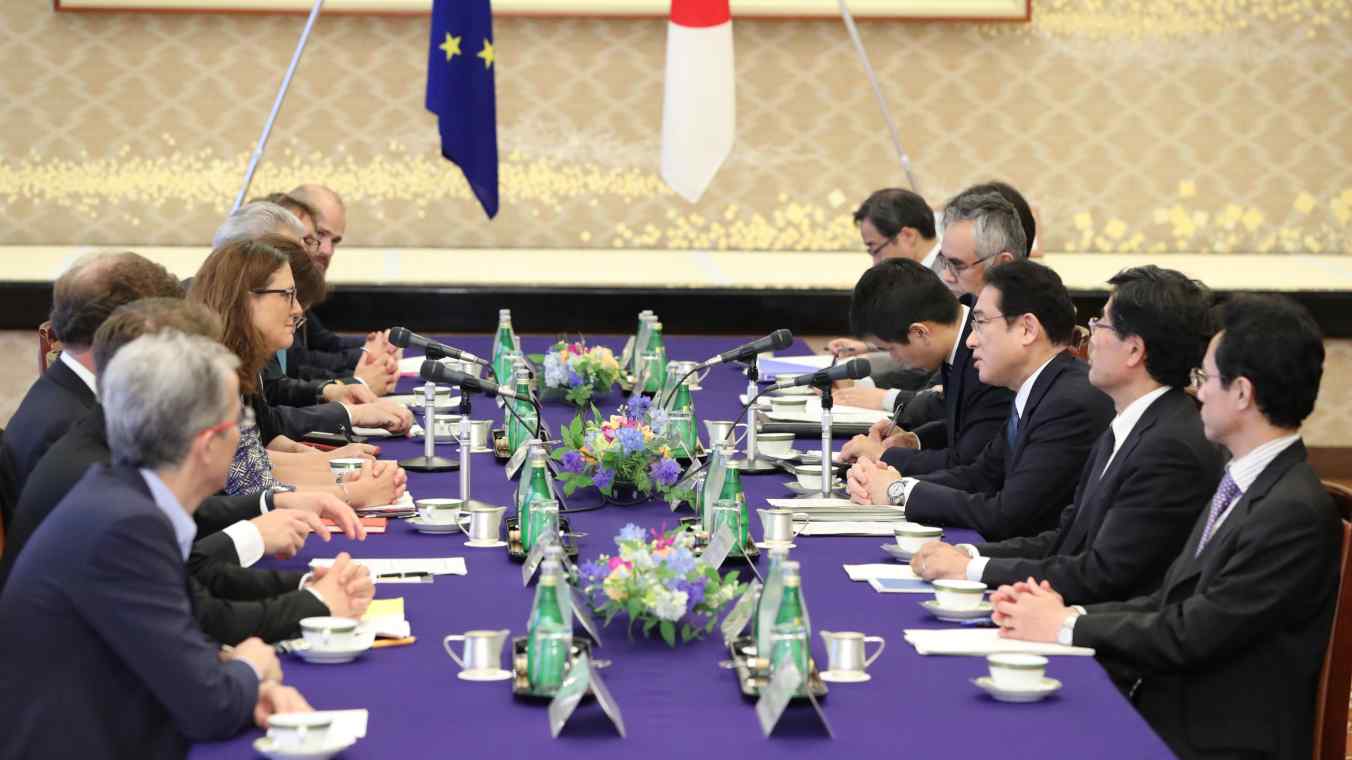 Japan and the European Union are closing in on a final economic partnership agreement by the end of the year, a megadeal encompassing 28.4% of global gross domestic product and 36.8% of international trade. More than a basic trade agreement, it includes high-level provisions on intellectual property and e-commerce key to advanced nations.

Ever since Trump yanked the U.S. out of the 12-member TPP in January, Tokyo has redoubled its efforts to conclude the European deal -- virtually the only trade agreement of its size that stands a realistic chance of getting done.

Closer to home, Japan reached a final deal Sunday with the 10-member Association of Southeast Asian Nations on an updated economic partnership agreement, which includes provisions on services and investment not contained in the tariff-cutting 2008 version. Though smaller in scope than the proposed EU deal, it still covers an impressive 10% of global GDP.

Japanese companies are poised to benefit from such additional features as assurance on the free movement of people, safeguards for corporate assets and compensation for contractors in the event governments unilaterally cancel infrastructure projects.

Japan does not share economic partnership agreements with Laos, Cambodia, Myanmar and other emerging ASEAN nations. Under an all-encompassing EPA with the Southeast Asian economic community, Japanese corporations can invest in each of those countries knowing they are protected by rules.

In addition, Japan and the other 10 remaining members of the TPP managed to secure an agreement in principle last week to continue without the U.S. Tokyo hopes this will show the U.S. the merits of multilateral accords.

Although Japan has made strides in advancing trade deals, it lags far behind some nations. The share of Japanese trade covered by free trade deals or economic partnership agreements stands below one-third now and would only reach 34.4% even after the EU deal took effect, providing an 11.9-point boost, according to a study by the Japan External Trade Organization. Meanwhile, South Korea has deals covering 67.8% of its trade, while Canada stands at 70.5%.

Japan has deals in effect with 15 economies but not its two largest trading partners -- China and the U.S. The 16-nation Regional Comprehensive Economic Partnership, a bloc now pursued by nations including China and India, would change that if negotiators can reach a deal next year. Together, these nations account for 29% of global economic output. Japan could gain an advantage in the RCEP negotiations from its progress on the TPP 11 and ASEAN deals, which overlap RCEP to varying degrees.