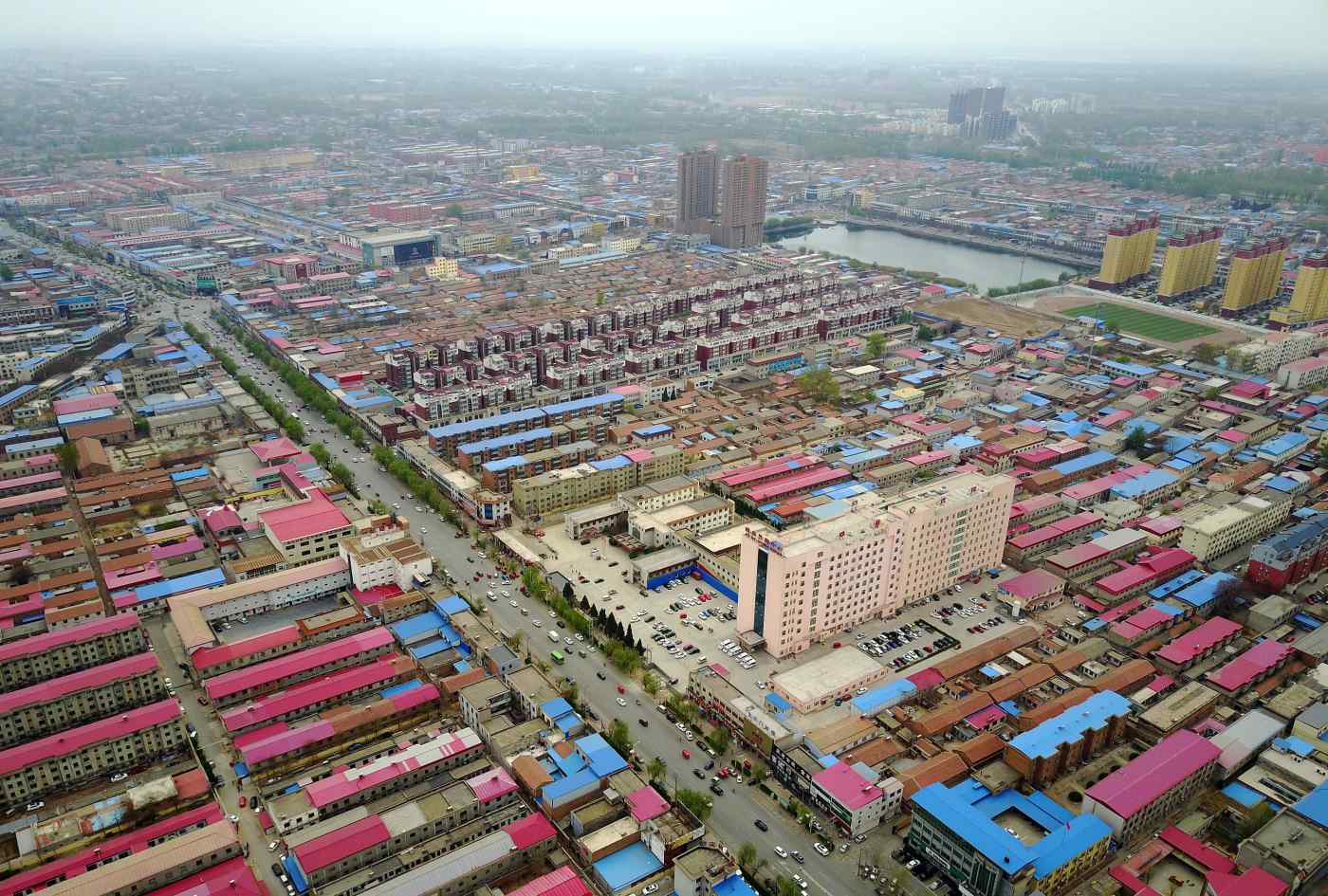 In ancient China, elephants roamed as far north as Beijing. President Xi Jinping seems to have taken inspiration from those same beasts in his efforts to lead a Chinese renaissance.

The recently announced Xiongan New Area in Hebei Province, south of Beijing, will surely feature as one of the great white elephant stories of modern China.

Xi has been pushing two major infrastructure build-out plans: The Belt and Road Initiative to construct vast infrastructure for intercontinental land and sea connections to China is global in nature while the tongue-twisting Jing-Jin-Ji metropolis plan is his domestic venture. It envisages the creation of a massive metropolitan area combining Beijing, Tianjin and Hebei Province, referenced by an alternate name, a single Chinese character pronounced "ji."

To boost the 3J plan, the government on April 1 announced, with apparent seriousness, the establishment of the Xiongan New Area, a new zone which state media reported would have national prominence matching that of the creation of the Shenzhen Special Economic Zone in the 1980s and of the Pudong New Area in Shanghai in the 1990s.

The only sensible reaction to this plan is, "Why?" Xiongan was previously unknown and offers no obvious geographical benefits. Shenzhen was adjacent to Hong Kong and started as an economic experiment as China opened to the world. Pudong sits across from the center of Shanghai, the most visually impressive city in China and one which continues to attract the world with a mixture of pre-revolution glamour and excess and the supposedly unlimited economic and financial opportunities in modern China.

With such high-level support, investor reaction was predictable: Xiongan overnight became the center of frenzied real estate speculation. The government has announced a freeze on new transactions and yet there are plenty of stories about deals being done and homes doubling or tripling in price overnight.

To build anything meaningful in Xiongan will require trillions of yuan of investment over decades. But why bother? What does Xi hope to achieve here except vast infrastructure spending and speculation?

Even if Xiongan gets some specific tax benefits or financial incentives, there is no reason to think any experiments which the government plans could not have been done elsewhere.

Consider the Shanghai Free Trade Zone, which was promoted as a testing ground for a range of new service industries. It was set up in late 2013 under a policy whereby foreign investment would be allowed in any sector not explicitly listed as off-limits, the reverse of China's traditional approach of allowing investment only in sectors designated as open. It was to be home to financial experimentation, such as free capital flows.

Yet nothing of substance has come from the free trade zone. A few measures around corporate registration and capital requirements were implemented but nothing else that can be called a game-changer in any industry.

It seems likely that Xiongan companies, where there are some, will get priority listing on domestic stock exchanges. It is easy to imagine that within the next year or so, the region will become home to yet another high-tech securities exchange or startup board for innovative companies. This in a country where the securities regulator admits it doesn't know how many equity exchanges and fundraising platforms exist.

What has been missed by the government is that in the modern economy, physical location isn't as important as it was; it's policies and implementation that matter. China's stated goal is to move away from manufacturing and heavy industry into value-added and high-tech service sectors. But for such industries, location is secondary. Does Xi really think that Xiongan, on the strength of the central government's endorsement, is going to achieve some breakthrough in technology that Shenzhen and Hangzhou can't?

The entire project harks back to the early days of opening and reform but those days have passed. Special economic zones are not the answer to China's 21st century challenges. Such government-directed investments run counter to market liberalization. The comparison with Shenzhen and Pudong should remind observers that the economic reforms adopted at a high-level Communist Party meeting in late 2015 were touted as being just as significant as those passed under Deng Xiaoping in 1978. That was just nonsense and hot air. This seems remarkably similar.

One aspect which makes some sense is that Xiongan might reduce the population pressures on Beijing. The capital has limited water resources and is plagued by pollution and congestion. If the government moves some functions out of Beijing, those problems can be alleviated. But this can be achieved by simply moving agencies out to other existing major cities.

Why shouldn't financial regulation be run out of Shanghai? Or industry regulation from Wuhan? Building up the 3J metropolis will continue to strain area environmental resources to near breaking point. The 3J area is already one of the most polluted in China and chronically short of fresh water for an ever-expanding population.

The move certainly took markets and observers by surprise and perhaps reflects that the entire effort just isn't needed or seen to be of much value. It drove the stocks of property developers and infrastructure companies higher and will certainly underpin growth at least in the short term. But China is littered with new ports, airports and development zones which opened to great fanfare but failed to draw users. With so many pressing issues in today's China, the distraction of Xiongan raises questions about whether the senior leadership understands the challenges ahead.

Xiongan may end up being entirely forgotten. After some initial infrastructure upgrade, the government may pull back and just let the project fall away into some media black hole, a story covered every few months only by foreign journalists wondering whatever happened to the Shenzhen of the north.

Xiongan is a solution to a problem that China's doesn't have. It is a diversion from the real work that needs to be done to revitalize the country's economy and address its chronic debt issues. It will be interesting to see how long the government will continue to promote it once the initial hype as passed.

Fraser Howie is co-author of "Red Capitalism: The Fragile Financial Foundations of China's Extraordinary Rise."He has worked in China's capital markets since 1992.