JAKARTA -- Indonesian President Joko Widodo on Friday appointed former Transport Minister Ignasius Jonan to serve as energy minister, putting him in charge of a key reform drive. The move came two months after the previous energy minister, Arcandra Tahar, was removed from the post due to his dual U.S. and Indonesian nationality. 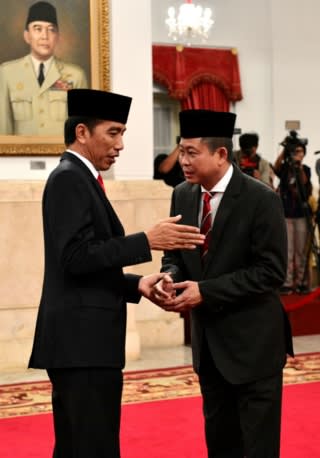 Tahar, who abandoned his American passport and reacquired Indonesian citizenship in September, was made deputy energy minister this time around.