Since the taxpayer-funded bailouts of banks during the global financial crisis, policymakers in North America and Europe have been taking steps to reduce the need for such actions by governments in a future banking emergency. Many jurisdictions in those regions have introduced new bank resolution frameworks. In particular, some have encouraged the use of "bail-in" securities that, in principle, should provide enough funds from both shareholders and selected bondholders to recapitalize failing banks without taxpayer support.

In the Asia-Pacific region, governments and other policymakers face a dilemma: to move toward the new global norm on bank bail-ins and similar mechanisms, or to remain supportive of local banks.

So far, most jurisdictions are taking a circumspect approach; in particular, senior creditor bail-in requirements are not yet included in their resolution frameworks. Many policymakers in the region seem keen to keep the bailout as a valid tool for governments to use in future banking crises.

However, the approach varies. In Australia, Hong Kong and India, governments are consulting on potential options; but there are no concrete plans in other Asia-Pacific countries, including Singapore, now a global financial center.

In Japan, where a new resolution framework became effective in March 2014, the authorities have aimed to enlarge the scope of pre-emptive capital injections by the Deposit Insurance Corp., upon the decision of the prime minister, in order to enable groupwide resolution of large banks. The Japanese authorities have not introduced bail-in requirements for senior-debt holders, although some banks have issued contractual bail-in subordinated bonds.

There are several key reasons why governments may balk at implementing bail-in rules. Historically, Asia-Pacific banks have played a key part in the region's economies. This is a role that many continue to perform, particularly in providing funding to priority sectors. In many countries, bank depositors also form a large political constituency. Governments often hold majority stakes, placing a moral obligation on them to be proactive in maintaining the health of banks or to inject capital into those that are weakly capitalized.

In contrast with Australia -- where the largest banks are domestically owned -- three of the four largest banks in Hong Kong are owned by U.K. parents. Government support for banks in the U.K. is under review, which has resulted in recent negative rating actions for certain financial institutions. This may influence the outcome of the debate in Hong Kong about potential resolution and crisis management frameworks.

For all banking systems, government support is a significant factor in creditworthiness. Earlier this year, Standard & Poor's took various rating actions in relation to U.K., German, Austrian and Swiss banks following a review of government support for those institutions.

Asia-Pacific banks do not currently face the same imminent threat because the removal of government support is a low-probability scenario in most of the region's banking sectors. Indeed, government support for systemically important banks is expected to remain the norm in the region.

But if governments were to adopt less-supportive approaches, the creditworthiness of systemically important banks would likely decline. This is because the Asia-Pacific region has a high proportion of banking systems in which governments are "highly supportive" of their banking sectors.

Like banks elsewhere, those in the Asia-Pacific region continue to operate in a dynamic regulatory environment. Apart from the evolving legislation on bank resolution, banks are also adapting to, or facing, a vast body of more demanding prudential standards on capital, leverage and loss-absorbing capacity, together with other new regulations -- for example on conduct -- and structural reform.

The challenges of embracing a globally uniform set of banking standards are highlighted by the differing economic and industry risk factors characterizing Asia-Pacific banking. Whatever transpires, the direction that individual countries take in relation to government support could have clear rating implications for bank credit quality -- as has been the case in Europe. 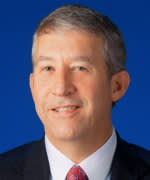