Japan's negative economic growth during 2014's third quarter does not yet doom Abenomics, but it does signify deep trouble.

Abenomics is a multiple-level bet.

It is a bet that monetary and fiscal stimulus -- Prime Minister Shinzo Abe's first and second "arrows" of reform -- will create enough growth momentum, through rising consumer and business confidence, to overcome the drag created by last April's sales tax rise. With negative economic growth and declining confidence, that bet looks risky.

Second, Abe has bet that monetary and fiscal stimulus can get the economy moving without his third arrow: significant labor reform, domestic competition reform, a reduction in protectionism, an opening of the market for corporate control, immigration reform and more sweeping efforts to give women fair access to the job market. There has been a legitimate debate among reputable economists about whether stimulus or structural reform is more important to Japan's economic rejuvenation. Abenomics promised both but chose to do stimulus, the politically easy part, and mostly renege on structural reform.

Why is structural reform crucial? Well, Japan had by far the world's best cellphones, but it protected its market, so Apple and Samsung Electronics went global and trounced their former Japanese superiors. Such situations pervade the Japanese economy; protectionism has turned Japan's brilliant heroes into losers. Moreover, like companies everywhere, Japanese ones reform only when they must; Nissan Motor managers knew how to create a great company, but they could only impose reforms when fear of bankruptcy enabled them.

Japan has numerous brilliant managers and good companies that are nonetheless decaying because, unlike most companies in other countries, they are protected against takeover and thus lack incentives to reform.

Third, Abenomics bets that the economy can revive despite policies that create declining real incomes. Possibly the Japanese economy's biggest single long-term problem is insufficient final demand. Protectionism, restricted domestic competition and restrictive property and property tax rules lead to high prices and cramped housing, restricting what families can consume while funneling income toward corporations. Fix this and you get a more dynamic Japan. But Abenomics is raising the sales tax -- a tax on families -- and reducing families' purchasing power by devaluing the yen. It is also reducing corporate taxes, thereby transferring even more money from families to corporations.

Finally, the program is a bet that antagonistic policies toward China and South Korea will not cost the Japanese economy a crucial margin of growth when the economy is at a tipping point. The short-term effects are small, but the longer-term effects of ceding market share in Asia's most dynamic economies could become huge, as shown by the scale of the shift of Japanese investments from China to less important Asian markets.

Abenomics' most crucial decision was to postpone or abandon most structural reforms in order to placate Liberal Democratic Party interest groups. The risk is that this truncated Abenomics will trap the economy. We could reach a point where another sales tax increase causes a severe recession and makes bondholders lose faith in the government's creditworthiness but conversely not going ahead with a tax rise causes fiscal deficits with the same impact on bondholders. The resulting financial meltdown would be catastrophic.

To turn the economy around, Abenomics must refocus primarily on structural reforms: drastically reducing protectionist trade policies; bringing down the non-tariff barriers that inhibit successful foreign investment in many sectors, including finance; lowering domestic barriers to full competition; eliminating the practices that make it impossible for foreign companies to take over large domestic businesses; changing labor laws to promote mobility; increasing skilled immigration; reforming the regulations and taxes that make Japanese homes so small and expensive; stopping yen devaluation; leading a social movement to overcome the informal practices making it difficult for women to have both families and careers; giving up on revisionist history; and compromising on territorial disputes with South Korea and China.

Improved productivity, improved competitiveness and reduced prices would lift incomes, eventually enabling a corporate tax cut and higher sales tax rate. Confident that vital reforms were actually being implemented, bond markets would be more patient. Japan would quickly restore its stature as a great power, and the Japanese people could confidently expect the full value of their pensions. 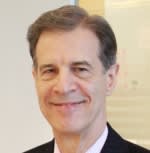 William H. Overholt is president of Fung Global Institute, a Hong Kong-based research center. Opinions expressed here are his own and have not been reviewed by his employer.