For Abenomics to succeed in the long run, it must empower people 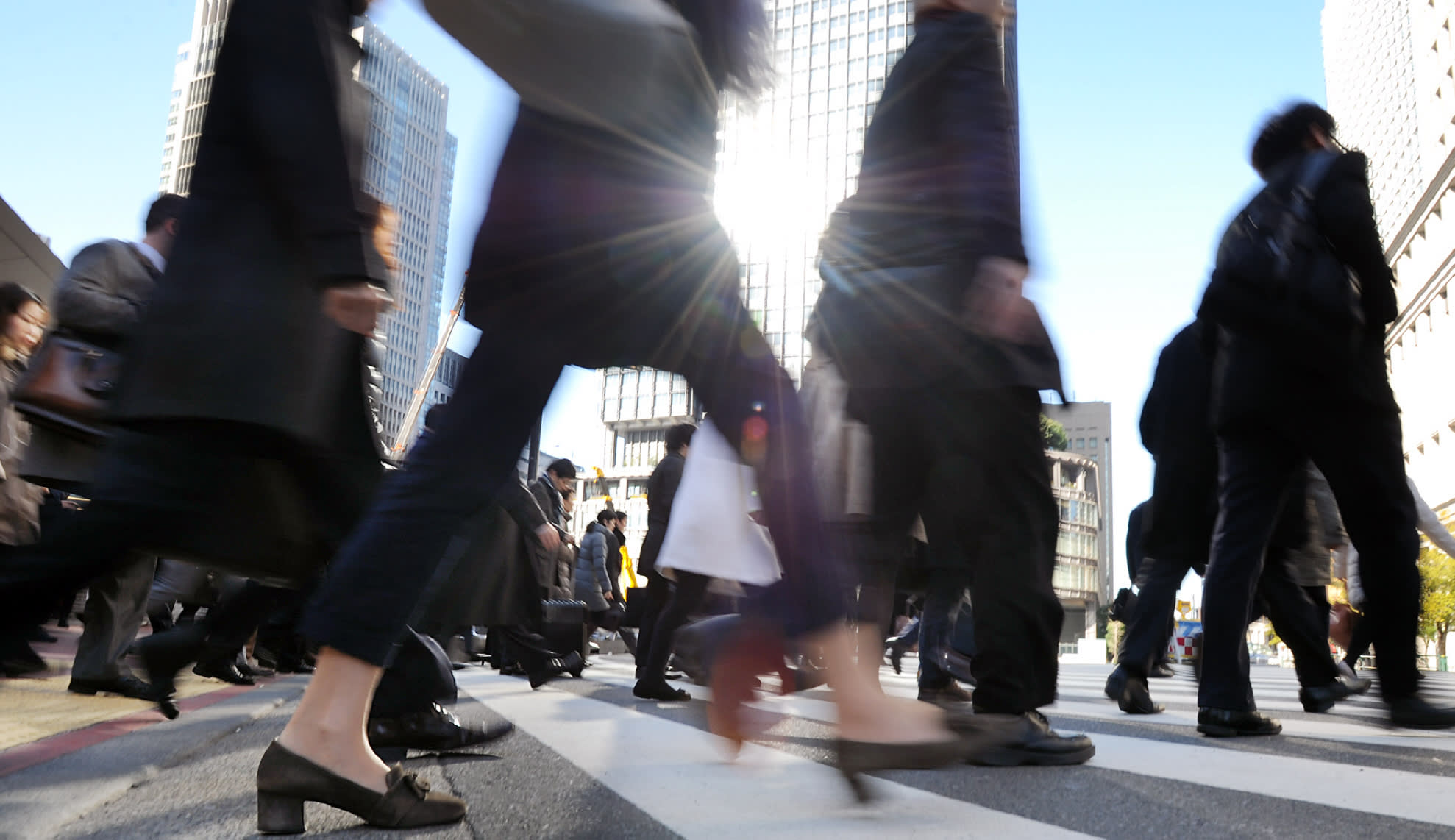 Abenomics has helped Japan's economy perk up, but structural reforms have been slow in coming.
June 15, 2017 10:00 JST | Japan
CopyCopied

The growth spurt lifting Shinzo Abe's fortunes is as tantalizing as it is familiar. The last time Japan grew for five consecutive quarters was in 2006, back when Abe was starting his first stint as prime minister. Imagine for a moment what might have been if he had implemented his revival program 11 years ago. Consider where the third-biggest economy might be if Abe loosened labor markets, catalyzed entrepreneurship, slashed trade tariffs, empowered women and deregulated industry the first time around. Might Japan still be No. 2, rather than ceding that position to China?

We can only speculate. And while it's grand that Japan Inc. is on a bit of a tear -- as it was in 2006 -- its sustainability is predicated on a weak yen and stable growth abroad. It could all be undone rather quickly. Japan remains so fragile because of the slow pace of upgrades needed to raise competitiveness. Nearly five years into Abe's second premiership, Abenomics remains 90% about aggressive monetary easing and, at best, 10% about structural change.

Time to get wise on China's trajectory

Yet Abe enjoys three strengths that are exceedingly rare in Japanese politics: a bold revival blueprint, healthy majorities in both houses of parliament and decent public support. He also faces a risk factor in Donald Trump, whose presidency means the U.S.-Japan economic alliance that Tokyo long took for granted is in flux. It's high time Abe used his strengths to end deflation, raise living standards and restore Japan to innovative greatness.

Startup boom: Abe's weak-yen policy says much about why Abenomics hasn't made it out of second gear. It's aimed at a manufacturing model that no longer exists. Back in, say, 1985, monetary easing by the Bank of Japan kicked off virtuous cycles of rising wages and consumption. All it does in 2017 is protect unproductive jobs at the top of the food chain and reduce the urgency to create new ones from the ground up. Why not cut red tape for new companies, offer tax holidays, create a multibillion-dollar public venture-capital scheme, devise safety nets for Japan's answers to Mark Zuckerberg and Elon Musk should they fail, and tweak education and training programs to encourage greater risk-taking. Rather than toy with "special enterprise zones," turn the entire nation into one.

Make "womenomics" count: Japan has long tied one hand behind its back by underutilizing its female workforce. As Goldman Sachs famously estimates, Japan's annual output would jump 15% if the labor participation rate for women matched that of men (about 80%). Women are increasingly entering the labor force, but all too many are relegated to part-time work that pays less and offers fewer benefits. Abe should lead by example and name women to truly vital and visible cabinet posts: foreign affairs, finance or chief secretary. He can morph his womenomics into more than a slogan with quotas for new full-time female workers and promotions to the executive suite, and by penalizing companies that don't lean in.

Tax balance sheets: Abenomics has a Toyota problem. Japan Inc. loves a precedent, and no corporate name turns heads more than its biggest automaker. Sadly Toyota has set a bad example, making tens of billions of dollars and offering only token wage increases. It and other corporate giants have sat on as much as $2 trillion of cash in recent years rather than deploying it to enliven growth.

Why not tax excessive cash hoards and name and shame fat-profit companies that aren't sharing the wealth? Tokyo should tax banks that plow BOJ liquidity into government bonds rather than write new loans. Abe's team also should shine a spotlight on bad corporate actors. Between Takata's deadly airbags, Toshiba's accounting shenanigans and Sharp's opacity, Japan Inc.'s reputation could use a tongue lashing.

Show the bureaucracy who's boss: The career ministry staff runs Japan, it's often said, not the prime minister. Only the most consequential leaders of recent decades -- from Yasuhiro Nakasone (1982-1987) to Junichiro Koizumi (2001-2006) to Abe -- have taken on a change-averse bureaucracy. Abe should end the corrupting practice of amakudari, where civil servants carve out cushy gigs in industries they're supposed to be regulating. He should shuffle bureaucrats into different ministries every few years, reducing opportunities to build fiefdoms that block change. Abe should attack the custom of seniority-based promotions, which stifles innovation and progress. Ratifying the Trans-Pacific Partnership trade pact means little if nameless, faceless apparatchiks drag their feet on implementation.

Harness Japan's energy prowess: Abe's loyalty to nuclear power is as predictable as it is detrimental. Predictable, because his party has long been in the pocket of the "nuclear village" -- the nexus of pro-atomic-power lawmakers, companies and academics. Detrimental, because renewable energy is the growth industry of the future, one Japan is uniquely qualified to lead. Everything Japan does well -- autos, electronics, robots -- risks being commoditized as South Korea and China make inroads. The big money will be in inventing ways for China, India and Indonesia to advance without choking on their growth. It's no coincidence that Musk's Tesla turned to Panasonic for help in building the next generation of battery technology for its electric cars. The legacy of Fukushima dictates that such a seismically active nation should have fewer nuclear reactors. But no industry is more lucrative than finding alternatives to fossil fuels. The vast spoils are Tokyo's for the taking, and there's even less time to waste now than a decade ago.

Just as in 2006, Abe's real passion is revising the pacifist postwar constitution. But voters gave him a second chance so he could rekindle Japan's animal spirits. It's time he used it.

William Pesek is a Tokyo-based journalist and author of "Japanization: What the world can learn from Japan's lost decades." He is a former columnist for Bloomberg and Barron's.