With India's economy stumbling, it's time for Modi to have a rethink 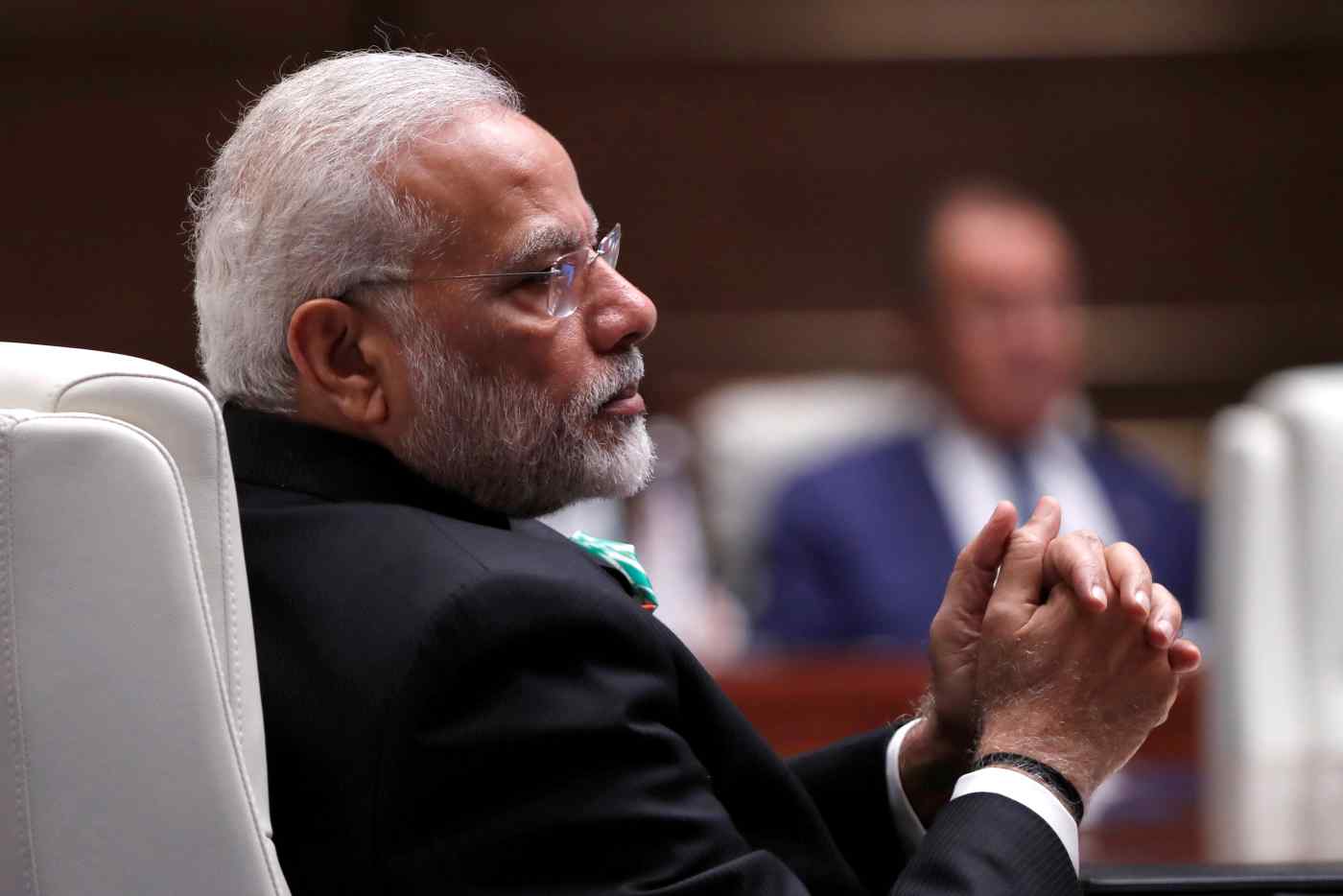 The garment makers of New Delhi, the carpet weavers of Varanasi, the village barbers in Haryana and other enterprises at the bottom of India's business food chain are in trouble. Providers of space and power are demanding that their bills be paid. Yet these vulnerable enterprises have little cash coming in. Customer orders have dried up; there is virtually no demand. Every month more of them go under.

It has been nearly a year since India launched a bold experiment with demonetization, voiding 86% of all bank notes. What was initially hailed as a bold effort to wring black money out of the economy has come to be widely considered a disaster, both in conception and execution. As if that failed experiment was not enough to deal a near-fatal blow to the weakest businesses and households, the introduction of a new goods and services tax has added to their difficulties.

Such ostensible reform measures are among the primary reasons why India's growth in gross domestic product for the April to June period was a mere 5.7%. Under an earlier methodology, replaced by the government soon after Narendra Modi became prime minister in May 2014, the number would have been closer to 3.5%. The second quarter was the sixth consecutive quarter in which growth has decelerated.

India's economic woes are symptoms of long festering problems and the policy failures of successive governments. But they come at a time when the rest of the world seems set on a healthier trajectory. India is falling behind when it can ill afford to do so, given that it needs to create a million jobs a month because of its youthful population but has created fewer than 1 million every year. China, by contrast, created 8.55 million jobs in the first half of this year alone.

Suddenly Modi's government -- which came to power with a strong mandate -- no longer appears omnipotent. This is a sharp reversal from just a half a year ago, when the voters of Uttar Pradesh, the country's largest state, gave Modi and his Bharatiya Janata Party an overwhelming victory over the opposition. Now it is as if the emperor has no clothes. Criticism of the administration is widespread among the opposition, and even among BJP supporters. Economic uncertainty is now being aggravated by political uncertainty.

INVESTMENT MALAISE "The transition to GST, which came into effect July 1, weighed on industrial production," JP Morgan's India economist Sajjid Chinoy noted in an August research report. "The shock came at an inopportune time as industrial production has not yet fully recovered after demonetization." In June, capital goods output fell almost 7%, "reflecting the malaise characterizing the investment cycle," Chinoy added. "We will keep a close eye on whether all the losses are made up in the future months -- something that has not held true for demonetization."

Part of the problem is related to expectations. GST was meant to be a simplified, unified tax regime replacing a patchwork of central, state and local sales taxes. It promised to make India a single economic entity rather than an agglomeration of states, each with its own tax policies. But it has not worked out that way. There are five different rates, with tortuous distinctions involving vastly different tax consequences for similar items.

Toll stations still exist at state borders, manned by collectors who sometimes lack official status and decline to give out official receipts. Even the largest companies have no clarity about the details of the new taxes, but they at least have the personnel to grapple with the complexities. Smaller businesses have had to hire staff, adding to their cost burdens.

GST was not expected to add to inflationary pressures in the economy, but it appears that in practice it is doing so. That, in turn, makes it harder for the Reserve Bank of India, the central bank, to cut interest rates, even though the cost of capital is too high. 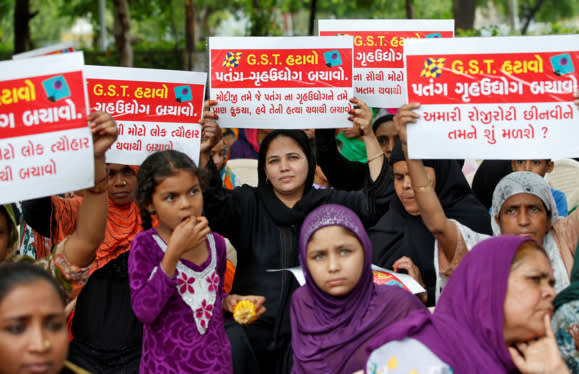 Women holding placards bearing anti-GST messages attend a protest against the implementation of the goods and services tax on the kite industry in Ahmedabad, India, in July.   © Reuters

Modi was elected on a promise to get India moving again, both figuratively and literally (the average speed of freight trains is about 25kph, and has barely changed in decades). To be sure, he has inherited a lot of problems, including a banking sector in which bad loans are equal to 6% of GDP. Private sector investment has virtually dried up, and is not likely to increase given that capacity utilization is running at about 71%.

There are a number of things that the prime minister can do. He has already started tinkering with the GST to make it simpler and more generous to those at the bottom of the pyramid. Modi announced on Oct. 24 that he would put billions of dollars up to recapitalize the ailing state owned banks. There are other measures that make both economic and political sense; notably further incentives for developers to build affordable housing. Such schemes would provide jobs for migrants in the big cities as well as meeting a desperate need for those who currently live in hovels.

State elections are soon coming up, with the mountain state of Himachal Pradesh going to the polls in November, while Gujarat is expected to follow in December. Gujarat is Modi's home state, and gave him a large majority when he was re-elected chief minister there in 2012, before becoming prime minister. It is almost inconceivable that the BJP will lose control of the state, though most pundits believe its victory margin will shrink.

It would be good for India, if any future reforms were more productive than the recent ones.