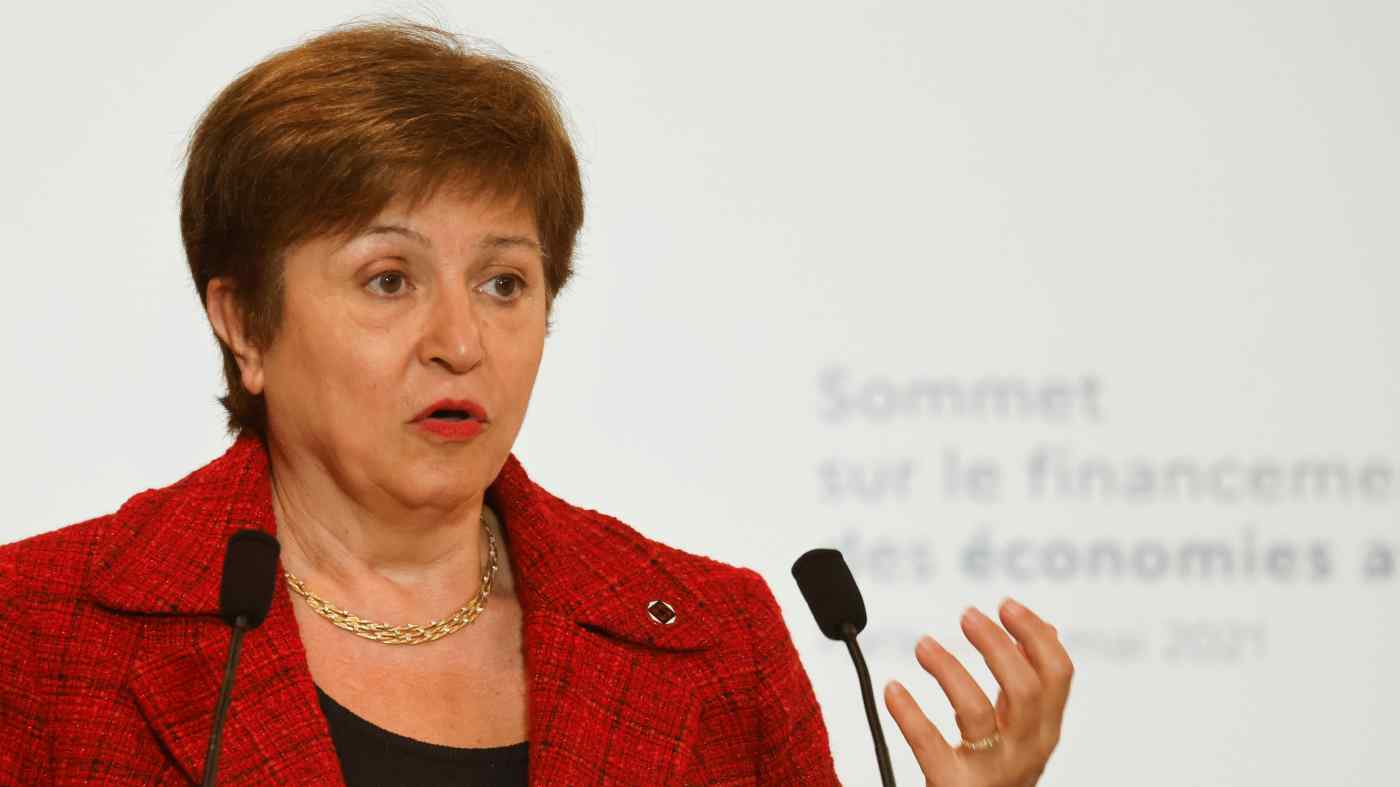 The report, prepared by law firm WilmerHale at the request of the bank's ethics committee, raises concerns about China's influence at the World Bank, and the judgment of Georgieva - now managing director of the International Monetary Fund -- and then-World Bank President Jim Yong Kim.

Georgieva said she disagreed "fundamentally with the findings and interpretations" of the report and had briefed the IMF's executive board.

The World Bank Group on Thursday canceled the entire "Doing Business" report on business climates, saying internal audits and the WilmerHale investigation had raised "ethical matters, including the conduct of former Board officials, as well as current and/or former Bank staff."

The U.S. Treasury Department, which manages the dominant U.S. shareholdings in the IMF and the World Bank, said it was analyzing what it called the "serious findings."

The WilmerHale report cited "direct and indirect pressure" from senior staff in Kim's office to change the report's methodology to boost China's score, and said it likely occurred at his direction.

It said Georgieva, and a key adviser, Simeon Djankov, had pressured staff to "make specific changes to China's data points" and boost its ranking at a time when the bank was seeking China's support for a big capital increase.

Kim did not respond to a request for comment. Djankov could not be immediately reached.

China's ranking in the "Doing Business 2018" report, published in October 2017, rose seven places to 78th after the data methodology changes were made, compared with the initial draft report.

The "Doing Business" report ranks countries based on their regulatory and legal environments, ease of business startups, financing, infrastructure and other business climate measures.

The report comes nearly two years after Georgieva took over as IMF chief, shortly before the biggest global economic crisis in the Fund's 76-year history, prompted by the COVID-19 pandemic.

The U.S. Treasury is analyzing "serious findings" in the WilmerHale report, Treasury spokeswoman Alexandra LaManna told Reuters. "Our primary responsibility is to uphold the integrity of international financial institutions."

The WilmerHale report also cited pressures related to data used to determine rankings for Saudi Arabia, the United Arab Emirates and Azerbaijan in the "Doing Business 2020" report published in 2019, but found no evidence that any members of the World Bank's Office of the President or executive board were involved in these changes.

"Going forward, we will be working on a new approach to assessing the business and investment climate," the World Bank said.

WilmerHale said it was hired by the lender's International Bank for Reconstruction and Development in January to review the internal circumstances that led to the data irregularities. It said the bank supported the probe, but it was wholly independent.

The report said the push to boost China's ranking came at a time when the bank's management was "consumed with sensitive negotiations" over a major capital increase, and China's disappointment over a lower-than-expected score.

Georgieva told WilmerHale investigators that "multilateralism was at stake, and the Bank was in 'very deep trouble' if the campaign missed its goals," the report said.

WilmerHale said Georgieva visited the home of a "Doing Business" manager to retrieve a hard copy of the final report that reflected changes that boosted China's ranking, and thanked the employee for helping "resolve the problem."

The report said a "toxic culture" and "fear of retaliation" surrounded the Doing Business report, and said members of that team "felt that they could not challenge an order from the Bank's president or CEO without risking their jobs."

Nonprofit group Oxfam welcomed the bank's decision to discontinue the Doing Business report, saying it had long encouraged governments to slash labor regulations and corporate taxes in order to improve their spot in the rankings.

Former World Bank chief economist Paul Romer first voiced concerns about the integrity of the "Doing Business" report in 2018, saying Chile's ranking may have been biased against socialist then-President Michelle Bachelet. Romer left the bank shortly after his comments.