TOKYO -- The World Economic Forum, known for its annual meeting in Davos, Switzerland, is setting up a new research center in Tokyo this summer to study the "fourth industrial revolution."

Industry 4.0, as it is called for short, envisions technologies such as artificial intelligence and the internet of things transforming how things are made, and how people live and communicate with one another.

The sister office of the WEF's Center for the Fourth Industrial Revolution in San Francisco will be set up with the Asia Pacific Initiative, a think tank, and Japan's Ministry of Economy, Trade and Industry. Global companies such as Hitachi and NEC will have a presence at the center, working on applications for big data in health care and automated driving, for example.

"We can create a model for the rest of the world," said Makiko Eda, who was appointed chief representative officer of the WEF's Japan office earlier this month. As Japan faces problems associated with aging population ahead of other countries, developing solutions with 4th revolution will be an opportunity for Japan to lead the world in relating industries.

Key areas of focus for the center are mobility -- helping the elderly get around and improving transportation in rural area -- and health care. The center will also study legal questions associated with the spread of new technologies such as security and privacy.

"AI [artificial intelligence] and the IoT are important topics that require agreement among all three players -- public [institutions], private [companies] and consumers," said Eda, a former president and representative director of Intel Japan. "I will be happy if the WEF can facilitate discussions to bring speedy solutions," she said, referring to new technologies that bring both convenience and challenges, such as concerns about data protection. 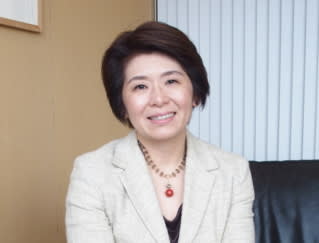 With Facebook's recent troubles throwing the issue of digital privacy into sharp relief, the opening of the WEF's Global Center for Cybersecurity in Geneva in January comes at an opportune time. Technologies such as blockchain offer tools to help people protect their data. "Ideas coming from [the WEF's] headquarters [in Geneva] will be shared [with others] to expand our learning," Eda said.

Eda also touched on interdependence in the digital era. "There are not many boundaries between countries, but the gap between those with and without access to the benefits of technology needs to be filled. Inclusiveness is important for the WEF."

In addition to promoting Industry 4.0, the new head of the Japan office is an outspoken advocate for gender equality and diversity, having taken part in the Asia Network of Executive Women at Intel, which encourages women's leadership in businesses.

Japan ranked 114th out of 144 countries in the WEF's gender equality rankings in 2017. "There needs to be one extra step," Eda said, regarding Japan's efforts in this area. Eda recalled that when she became president of Intel Japan in 2013, the fact that she was the first woman in that position was often highlighted in the media. "People's attitudes should change, so that that should be thought of as normal," she said.

The idea of diversity, of giving a voice to everyone, is "beneficial not just for women, but for innovation," Eda added. Speed is seen as a defining characteristic of the fourth industrial revolution. "There are risks when only like-minded people are involved at a time of rapid change."