An electronic display shows the periods and annual yield rates of wealth management products in Shanghai in November 2015.   © Reuters

BEIJING -- This year's National People's Congress began on March 5 in Beijing. Wu Xiaoling, vice chairwoman of the Financial and Economic Affairs Committee of the Congress, is one of the key figures at the annual gathering. Wu, who formerly served as deputy governor of the country's central bank, recently spoke with The Nikkei and talked about the risks China's financial sector faces.

Wu said she noted four risks during her report at this year's Congress: bad assets at banks, default of debt obligations on bonds, so-called shadow financing and online financial services. 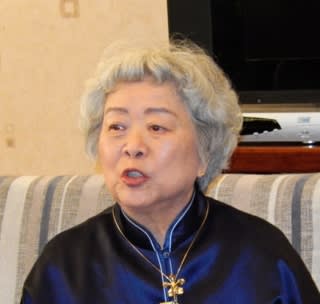 In regard to shadow financing in China, where there is rapid growth in peer-to-peer lending, she insists that high-yield wealth management products are particularly risky because there are no unified controls to cover the products, and the correlation of creditors and debtors is often complicated under the current mechanism.

Wu warns that investors' risk capacities often do not match the products they are betting on. The entire mechanism remains foggy, and risks could spread quickly.

Assets categorized as wealth management products are estimated to have grown to 116 trillion yuan ($16.7 trillion) as of the end of 2016. Even after excluding possible overlaps, the total reaches at least 60 trillion to 70 trillion yuan. It would be a disaster if defaults struck the sector, Wu said.

Out of the shadows

The People's Bank of China is drafting new regulations to oversee the shadow financing sector. It is still unclear which authorities will be legally responsible for this sector because the legal grounds of wealth management products are uncertain. Three respective regulators overseeing banks, securities companies and insurers will together be in charge of the products for the time being, according to Wu.

She said this should be a task for the China Securities Regulatory Commission. Wu argues that the commission should enhance the financial monitoring system by function and activity, not by category. The effort will not be as simple as just combining three authorities, or incorporating the combined regulators into the central bank, she said.

Regarding controls for overseas money transfers, Wu admits Beijing is increasingly becoming strict on checking the validity of transactions. But, "We will gradually ease the controls once negative sentiment across the market decreases and we establish a stable monitoring system," she said.

There have been cases that foreign companies in China have not been able to repatriate profits out of China because the screening of tax payment certificates is too time-consuming. The PBOC is aware of the issue and will improve the situation, Wu said.