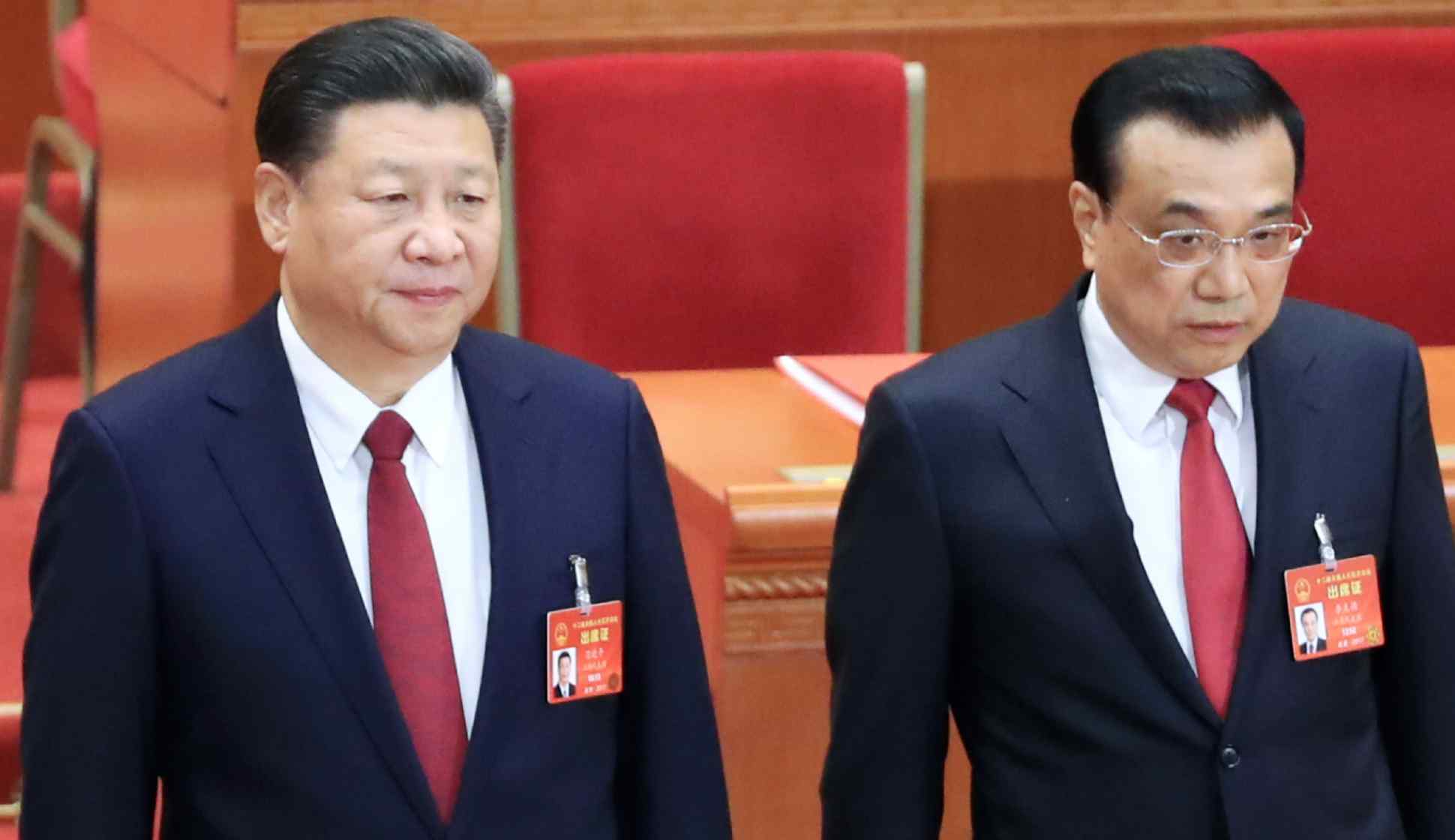 BEIJING -- Chinese President Xi Jinping's consolidation of power in his second term looks set to extend to the economy, with the elevation of a trusted economic adviser to the Politburo.

The appointment of Liu He, 65, to the 25-member body signals that Xi intends to continue to directly supervise large swaths of economic policy through committees known as "leading small groups." They are headed by Xi himself and run by loyal aides such as Liu. Liu He, who has just been elevated to the Politburo, is seen at a ceremony for a China-Vietnam accord in Beijing in May.   © Reuters

This could mean a diminished influence for Premier Li Keqiang.

In China, the president usually handles political and diplomatic affairs, while the premier steers economic policy. Xi broke with this division of labor partway through his first term. Li's portfolio is reportedly limited to such areas as promotion of entrepreneurship, technological innovation and job creation. The term "Likonomics," referring to the premier's economic program, has fallen out of use in favor of "Xiconomics." Beijing watchers are awaiting appointments to ministerial and other positions coming in March. It had been speculated that Wang Yang, as an economic expert and advocate for industrial advancement, would be tapped to serve as the senior vice premier, whose jurisdiction includes economic affairs. But Wang ranked fourth in the party hierarchy that came out on Wednesday -- typically too high for that post. He may lead the Chinese People's Political Consultative Conference, a position with no direct involvement in economic issues.

Instead, the top vice premier position is seen going to No. 7 Han Zheng. Han, who has spent his political career in Shanghai and lacks experience in the central government, would likely have a tough time formulating his own economic policy.

Attention is thus turning to Liu He, an old friend of Xi who was just elevated to the Politburo and is said to have a knack for explaining economic policy.

During Xi's first term, Liu was tasked with turning the president's ideas into concrete policy as head of the Office of the Central Leading Group on Financial and Economic Affairs. He appeared in a party newspaper as an "authoritative source" last year that made a request concerning the implementation of Li's economic program. Economic policy could end up running through Liu, going over the head of the vice premier ostensibly in charge.

"Liu is a graduate of Harvard University and is a perfect fit to take on the role of China's representative to the annual U.S.-China economic dialogue," said Xiao Minjie, a senior economist at Japan's SMBC Nikko Securities. The new team will be tasked with handling an array of economic challenges, including overcapacity, pollution, financial risks and trade issues, especially with the U.S. administration.

Yet, Xiao said that Xi's focus will be to find "a new type of growth," rather than handling the problems from the past. "His new team is a business-first team. They will implement Xi's vision without opposing." Expanding on the Belt and Road Initiative and turning China into an innovation hub for information technology will be high on the agenda, Xiao said.

The focus of growth, however, will be different from past years. Currently, the government goal is to double gross domestic product and per capita income by 2020 from 2010 levels. On Thursday, a senior Communist Party official said that the country will not set such a target from 2021 and onwards.

The government will not solely pursue economic growth and will emphasise the quality of its growth, Yang Weimin, vice minister of the Office of the Central Leading Group on Financial and Economic Affairs, told a news conference.

The party's control over the economy is expected to tighten further under the new leadership. Though this is intended to enable the party to set a detailed strategy and efficiently allocate resources, it runs counter to efforts toward market-oriented structural reform.

Under Xi's rule, the party has strengthened control over state-owned enterprises. Xiao Yaqing, chairman of the State-owned Assets Supervision and Administration Commission, proudly declared in a news conference late last month that all 98 "central" state-owned enterprises had adopted in their articles of incorporation a clause allowing extensive party involvement in management decisions.

Beijing has since 2016 stepped up public works investment to stimulate the economy, leaving the government more reliant on loans. Though local governments and state-owned companies will have little choice but to reduce their debt loads, whether the central government can do the same -- and risk being criticized for belt-tightening -- remains unclear.

The government will probably also continue encouraging shakeouts in industries that have become uncompetitive. But having Beijing arbitrarily pick winners and losers could stifle innovation and allow zombie companies to proliferate.