Chinese leader lauds progress, but offers no new measures on trade spat with US 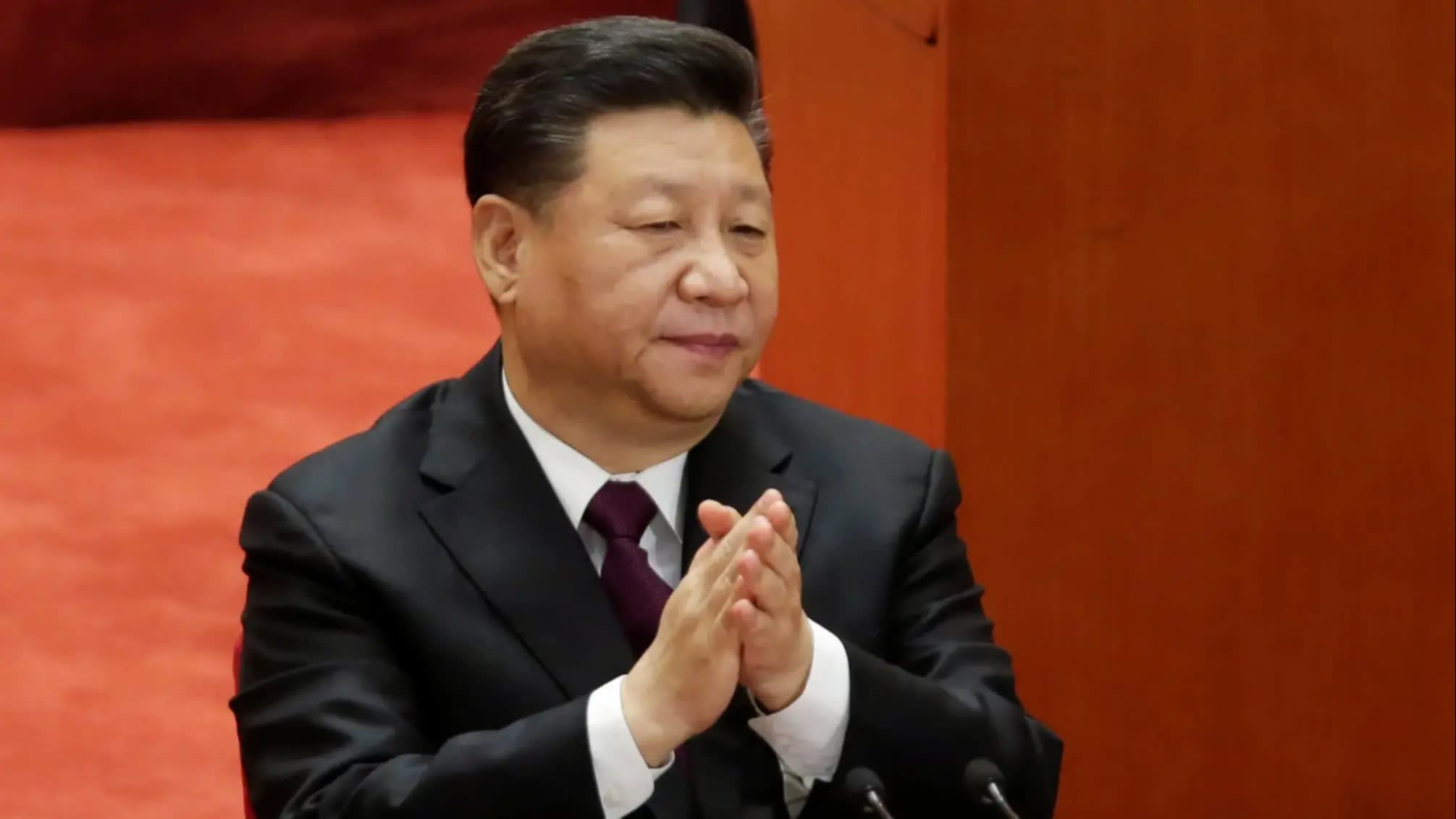 Chinese President Xi Jinping applauds at an event marking the 40th anniversary of China's reform and opening up at the Great Hall of the People in Beijing on Dec. 18.   © Reuters

HONG KONG -- Chinese President Xi Jinping pledged to continue the economic reforms started by former leader Deng Xiaoping four decades ago, but will not seek counsel from "arrogant teachers," the country's leader said Tuesday in a speech marking the 40th anniversary of Deng's program of "reform and opening up."

The anniversary comes as the country wrestles with a slowing economy and the effects of the trade war with the U.S. No fresh policy initiatives were announced during Xi's speech regarding the trade spat. Instead, Xi reiterated the importance of strengthening the leadership of the Communist Party in pushing market liberalization forward.

"Every step in the course of reform and opening up is not easy, and we will face all kinds of risks and challenges, even some unimaginably rough waves," Xi said, adding that the party will lead the reforms in right direction.

Xi spoke in Beijing for 80 minutes to an audience at Great Hall of the People that included some of China's most prominent business leaders, such as Alibaba Group Holding's Jack Ma.

While Xi vowed to move ahead with reform, Tom Rafferty, China regional manager at The Economist Intelligence Unit, said there will be a "sense of disappointment" among investors after the speech. "Xi did not give clearer signals about the direction of future economic reform at a time when the Chinese government's commitment to market liberalization is seen to have waned," Rafferty said.

Xi endorsed the Deng-led reform program, calling it a "great turning point" in modern Chinese history as significant as the founding of the Communist Party in 1921 and the People's Republic of China in 1949.

Xi also boasted of China's economic achievements over the past 40 years, pointing out that the country's share of the global economy had grown from 1.8% to 15.2%, and that it had achieved annual growth of 9.5% over the period, much higher than the global average. "We are very proud of the miracle that the Chinese people have achieved," Xi said.

China is now the world's second-largest economy and more than 740 million of its citizens have been lifted out of poverty, according to state media. Xi went a step further in his speech, saying the country had largely eliminated extreme poverty. "The torment of hunger, the lack of clothing and the hardships in life that our people have struggled with for thousands of years have largely gone for good."

With China locked in a bitter trade war with the U.S., Xi reiterated Beijing's support for a more inclusive and open multilateral trading system. "Opening up leads to progress; closure results in backwardness," he said, adding that the world also needs China for its prosperity.

To achieve "socialism with Chinese characteristics," Xi said the country needs to chart its own path under the absolute leadership of the Communist Party. "There isn't any textbook enshrined as the golden rule, nor are there arrogant teachers who are able to teach the Chinese people what to do," he said.

In addition to developing economically, China has also set a goal of building a world-class military that "matches its international status." But Xi said China will "never seek hegemony no matter how developed it becomes one day."

China's economic reform program was set out by former leader Deng Xiaoping in 1978 at a meeting of the Communist Party Central Committee after he had visited a number of Japanese factories. Deng sought to open China's vast domestic market to foreign investment and end the years of economic stagnation that followed the disastrous Cultural Revolution and Great Leap Forward.