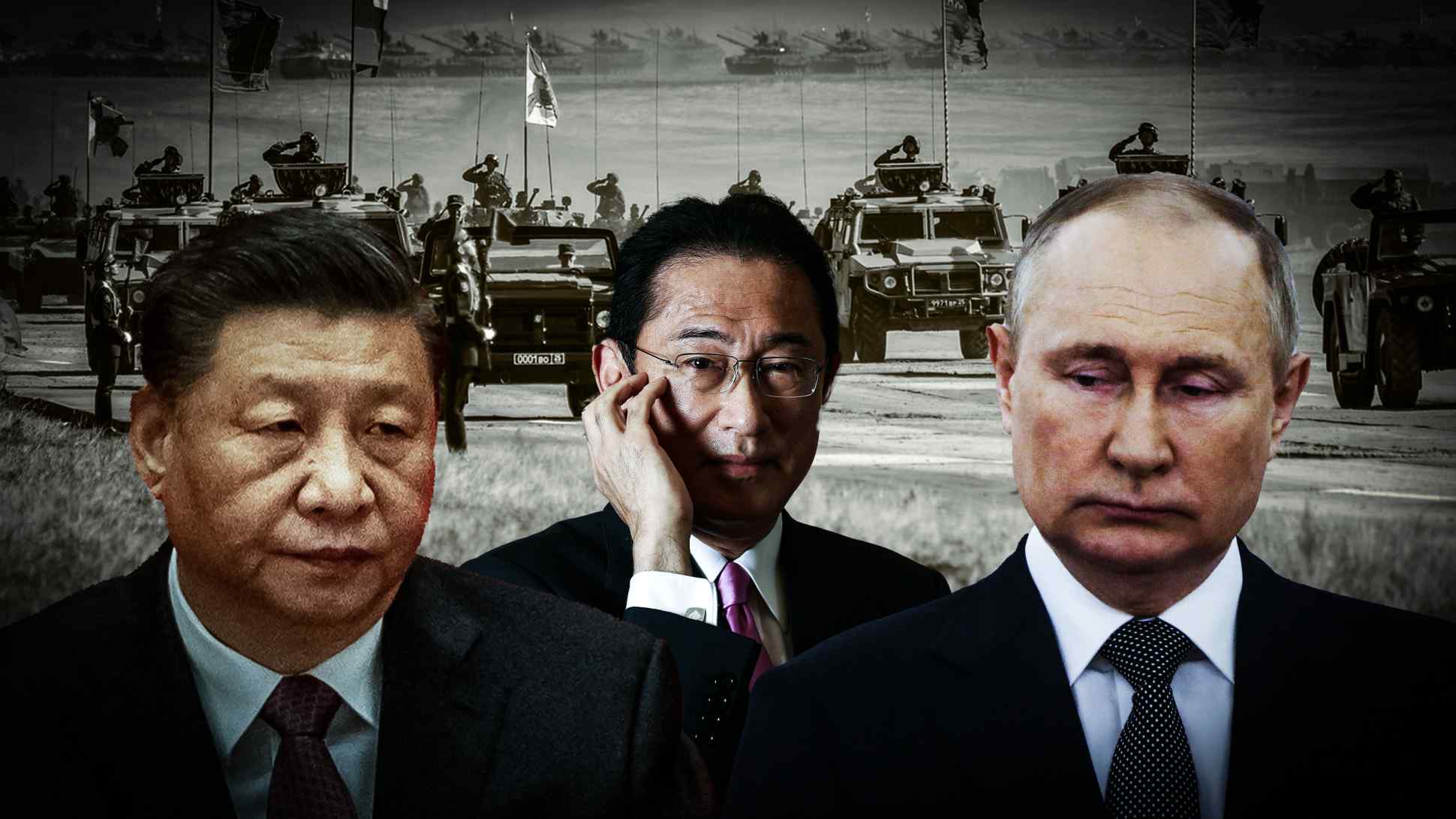 Xi Jinping's answer to Japan's Fumio Kishida hosting a Quad summit was not as aggressive as Vladimir Putin would have liked. (Nikkei monatage/Getty Images/Hirofumi Yamamoto)
China up close

Since last year, China and Russia have been conducting joint military activities in the seas and in the airspace near Japan. On Sunday in Singapore, Japanese Defense Minister Nobuo Kishi expressed grave concerns about the operations directly to his Chinese counterpart, Wei Fenghe.