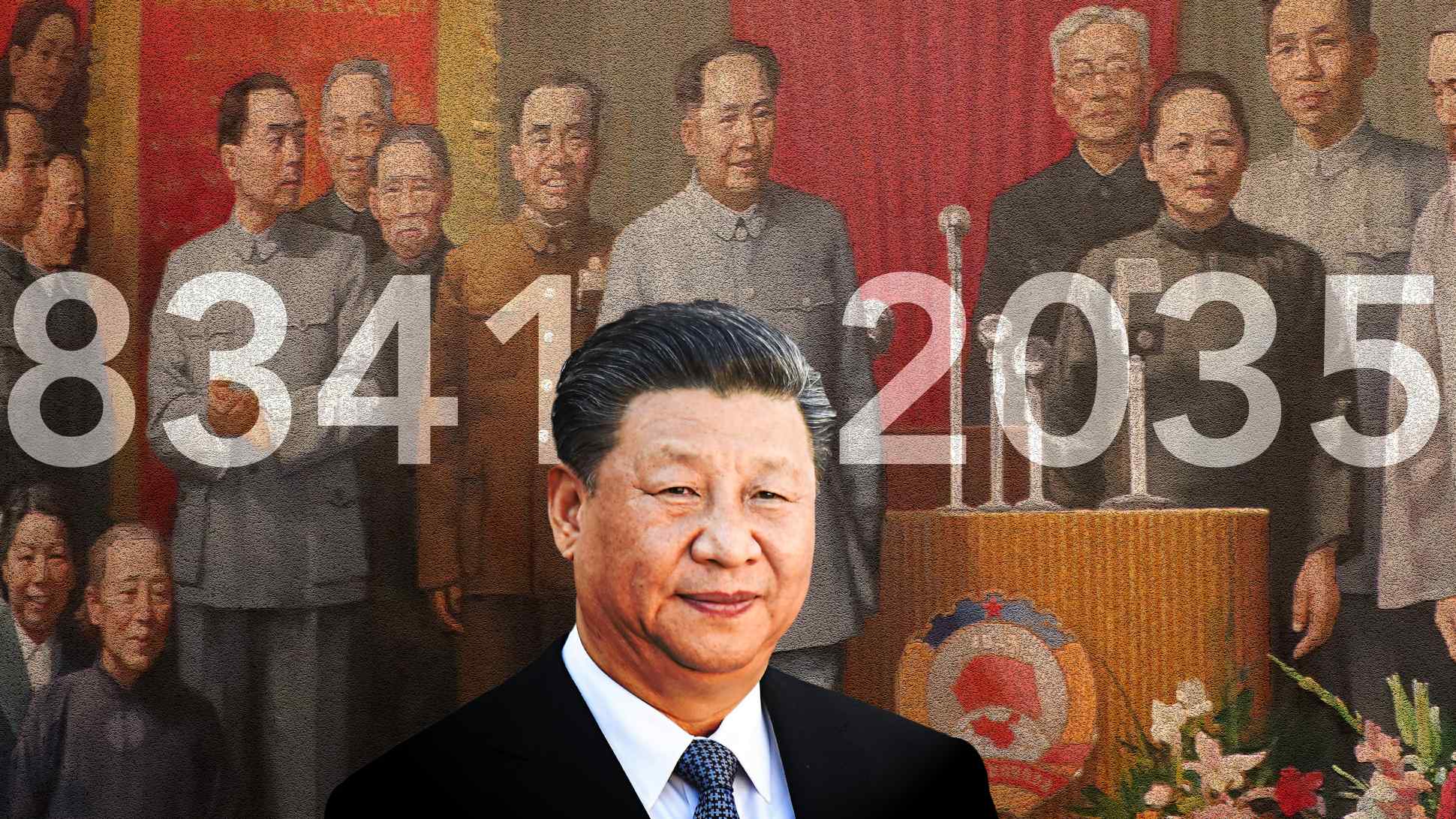 Perhaps Xi Jinping's code is no mystery at all: Political power grows out of the barrel of a U.S.-beating economy. (Nikkei montage/source photos by Getty Images and Ken Kobayashi)
China up close

TOKYO -- Dan Brown's fictional professor Robert Langdon cracks secret code after secret code in the bestselling novel "The Da Vinci Code" until finally arriving at the biggest secret of all -- that the last descendant of Jesus Christ is standing before him.