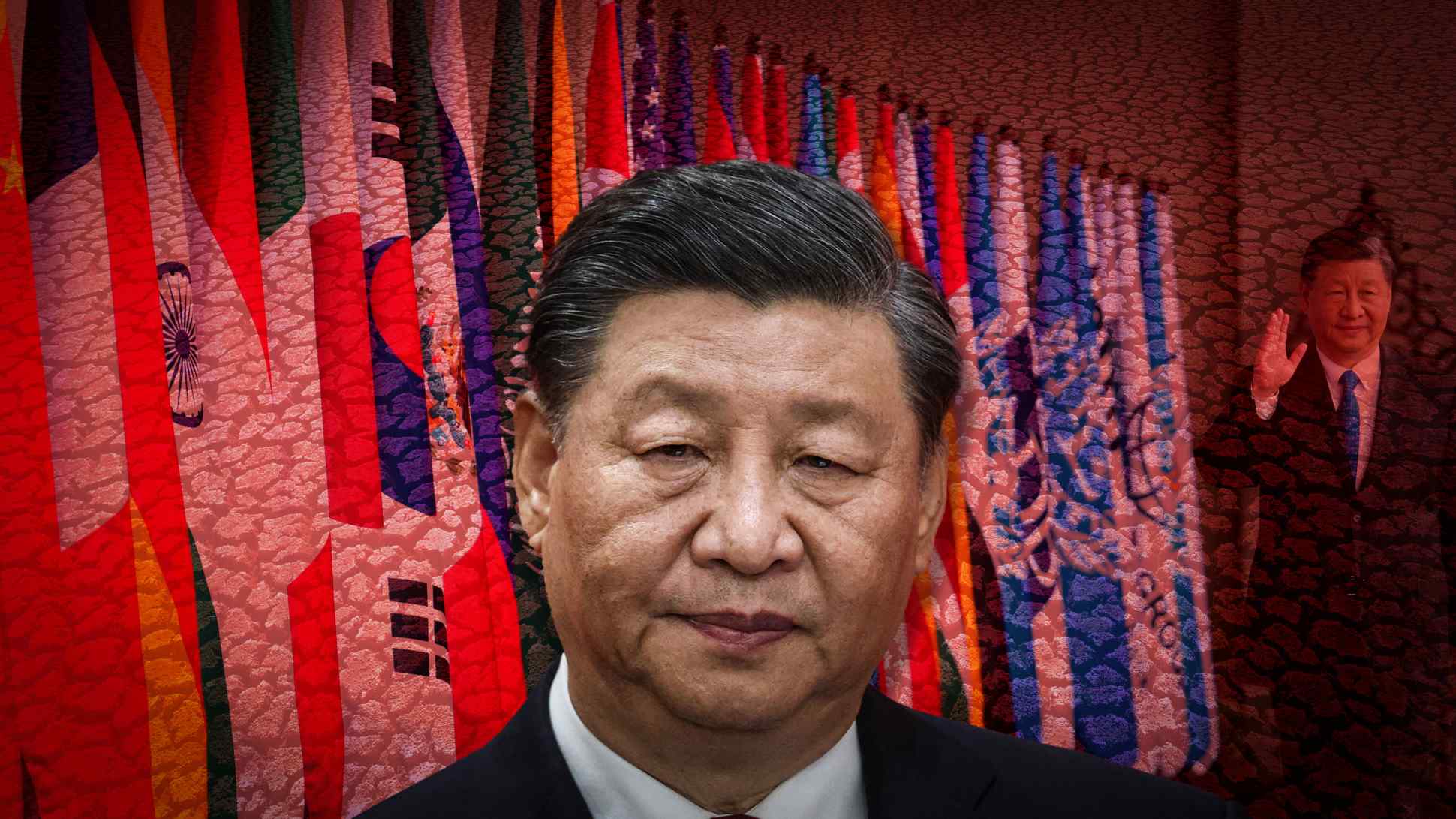 Xi Jinping arrives for the G-20 summit in Bali, Indonesia, on Nov. 15 ready to project a more "lovable" China but not always succeeding. (Nikkei montage/Yusuke Hinata/AP/Reuters)
China up close

Analysis: Xi no longer described as 'people's leader' in China