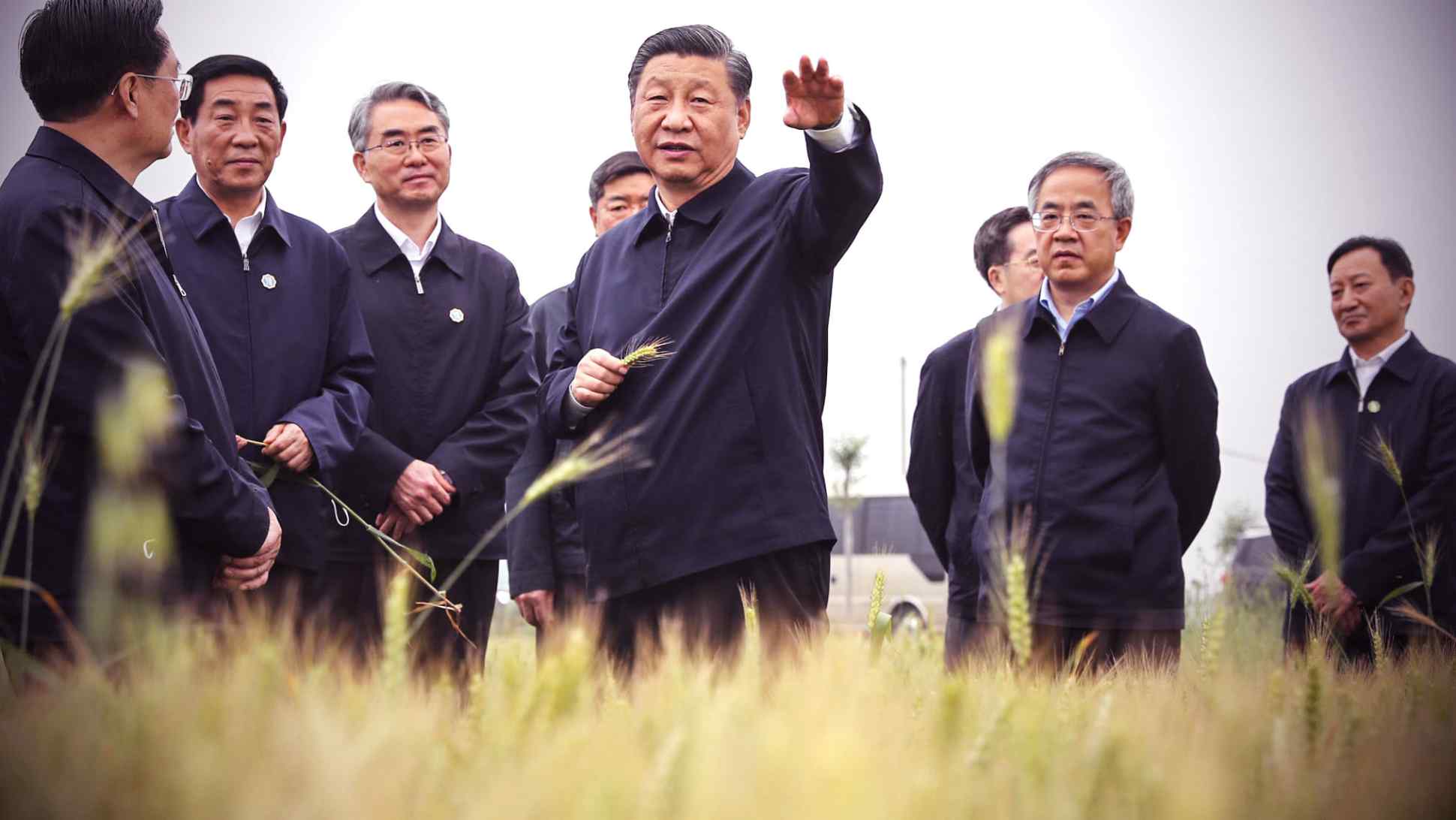 President Xi's slow but steady political alterations are about to change the lives of China's other top leaders. The party general secretary and multiple aides observe the wheat crop in Henan Province on May 13.   © Xinhua/Kyodo
China up close

There was a time when Hu, 58, was seen by many as a future top leader. Like former President Hu Jintao and Premier Li Keqiang, Hu Chunhua served as first secretary of the Communist Youth League earlier in his career.

Like Hu Jintao, Hu Chunhua worked in the Tibet Autonomous Region for many years, a territory then known for unrest and ethnic conflict.

He even had the same last name as the former president, earning him the nickname "Little Hu."

In 2008, he became the country's youngest provincial governor, of Hebei. He was 45. Unmistakably, Little Hu was the face of the so-called "Sixth Generation," following the generations led by Mao Zedong, Deng Xiaoping, Jiang Zemin, Hu Jintao and Xi. Chairman Mao Zedong, left, Deng Xiaoping, Jiang Zemin, Hu Jintao and Xi Jinping. It may be a while before China gets its sixth-generation leader. (Photo by Ken Kobayashi)

Little Hu's destiny changed when Xi became general secretary of the Chinese Communist Party in 2012 and president shortly thereafter. Xi, a princeling, comes from a different political background, and the two belonged to rival factions.

But despite the unease, Little Hu has survived.

So it was notable that when Xi, 67, visited Henan Province in mid-May, Hu was part of the large entourage that accompanied him. Not only was he one of the five Politburo members that joined the inspection, but he was also shown walking with and talking to Xi on state-run China Central Television.

Perhaps due to their respective factions, Hu is not a regular travel partner of the president's. That position has been firmly occupied by another vice premier, Liu He, a member of Xi's inner circle.

Liu's absence from the Henan trip has hit the rumor mills.

Do the developments go hand in hand? Are Xi and Hu drawing closer?

Just before the trip, on May 12, The Wall Street Journal reported that China was considering replacing Liu with Hu as its representative for ministerial-level trade talks with the U.S.

While the Ministry of Commerce's spokesperson denied the report at a news conference, switching the Chinese point person for the U.S. could be one way to break through the deadlock in economic relations.

For Little Hu, the past nine years of the Xi era must have included many sleepless nights. Xi and Hu Chunhua in Nanyang, Henan Province, on May 13. Beijing is denying rumors that Hu is to take over as China's representative for ministerial-level trade talks with the U.S.   © CCTV/Reuters

In March, the National People's Congress, China's parliament, pushed through legislation that made it easier to appoint or dismiss vice premiers more flexibly.

Speculation is rife that with the new rules in place, Xi can promote one of his close aides to the post of vice premier, paving the way to make that figure the next premier.

At the same annual NPC session, Xi took issue with corruption in the coal industry in the Inner Mongolian Autonomous Region. He declared that he would ferret out those involved, go back generations to do so and thoroughly punish them.

Xi's lashing out came at a politically sensitive time, with the party preparing for its next quinquennial national congress, in 2022.

Four years ago, shortly before the party's last national congress, Sun Zhengcai, another rising star of the sixth generation, was abruptly purged on accusations of corruption. At the time, he was the top official of Chongqing and a Politburo member.

His fall from grace served as a shocking reminder that Xi has the right to decide the political fortunes of potential next-generation national leaders.

Aware of his delicate position, Little Hu has kept a low profile and steadily performed his assigned tasks.

Commending his personality and ability, one longtime acquaintance said, "He is an intellectual who can drink considerably and speak his mind on various topics." But the acquaintance added that Hu now has no choice but to watch closely. 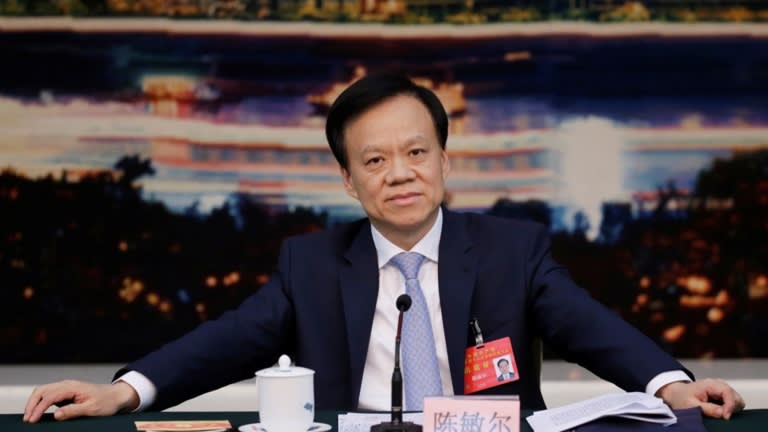 It was April 2019, and Xi was in Chongqing. Acting as host was his close aide Chen Min'er, Chongqing's 60-year-old top official. But Hu was there as well. The main purpose of the inspection was the eradication of poverty, a policy area Hu is in charge of as vice premier.

The main purpose of Xi's latest visit to Henan was to inspect the South-to-North Water Diversion Project. Hu is also in charge of the mega project to link the water-rich southern part of China to the northern part of the country.

On paper, it was natural for Hu, the vice premier in charge, to accompany Xi. If he wanted to, Xi could have explained that Hu was not chosen to join the trip for any other political purpose.

But whatever analysis China watchers arrive at, one thing is clear. Regardless of whether Hu will be tapped as China's new top trade negotiator with the U.S., he is no longer a candidate to succeed Xi in the future.

This is not because Hu belongs to Xi's rival political faction. The same can be said of Xi's close aides who belong to the Sixth Generation, such as Chen Min'er and Li Qiang, Shanghai's 61-year-old top official.

Chen and Li were Xi's subordinates when Xi served as Zhejiang Province's top official. They belong to the "Zhejiang faction," which forms the core of Xi's political group. But with Xi set to stay in power, neither can become the true heir.

Party officials have begun to whisper about the tragedy of the "Sixth Generation" -- the term has become meaningless.

"It has become politically difficult to speak of Sixth-Generation leaders," one party official said. "This generation has been passed up, and attention has shifted to the younger generation of people currently around 50." 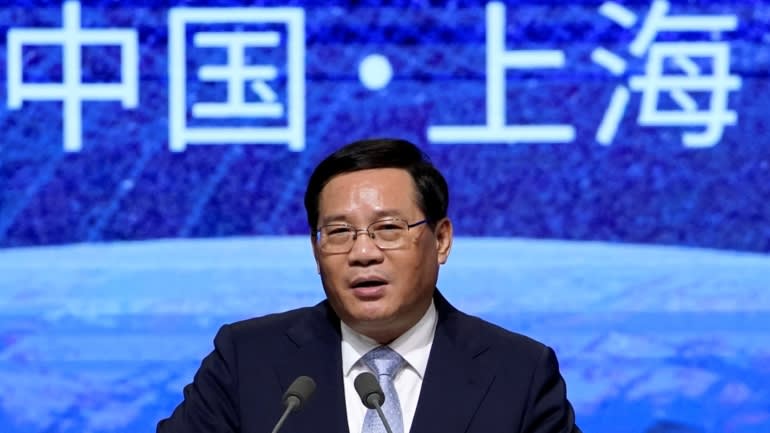 "It has become politically difficult to speak of" Sixth-Generation leaders like Li Qiang.   © Reuters

In 2017, Xi broke the long-standing party tradition of promoting at least two potential future top leaders to the Politburo Standing Committee midway through a leader's 10-year term so they can be groomed as heirs.

Xi himself joined the Politburo Standing Committee in 2007, five years before taking the helm of the party as its general secretary in 2012. Incumbent Premier Li Keqiang, who was Xi's rival, also joined the committee in 2007.

Hu Chunhua and fellow sixth-generation leaders will now face another battle for further promotion toward the 2022 national congress.

But whoever wins the race and joins the Standing Committee will not have the honor of being placed on the path toward becoming the top party leader. Furthermore, the powers of Politburo Standing Committee members and of the premier might be greatly diminished.

Xi has concentrated power in his hands. Instead of simply staying in the posts of party general secretary and Chinese president, he will probably aim for attaining even higher status, possibly that of party chairman.

That title, which Mao held for life, was formally abolished in 1982 by Deng to prevent a dictatorship. If the post is revived and held by Xi, the status of Politburo Standing Committee members and of the premier will decline.

Xi's close aides meanwhile will certainly lead different lives. They will fill important posts under a centralized party system with Xi at its center -- one that will be newly established at the party's 2022 national congress or later.

The construction of a new governance system is about to begin behind the scenes. That institutional design could have more significance than any personnel change.